Mr Secord, who was the shadow police minister, stepped down from the frontbench on Monday, saying his presence had become a "distraction".

In a statement issued this afternoon, Mr Secord said he had now decided not to seek another term in the NSW upper house.

He said he was "proud" of his 11-year contribution to public life.

Last week Mr Secord "unreservedly apologised" for his conduct after the ABC spoke to several of his current and former colleagues who said he had engaged in bullying behaviour.

They spoke to the ABC in light of the review by former sex discrimination commissioner Elizabeth Broderick into the workplace culture of the NSW parliament.

In one submission to Ms Broderick's investigation obtained by the ABC, a former staffer described Mr Secord as "a vicious manipulative bully who particularly targeted junior staff and young women".

"At various times he used his position, size and voice to pressure, berate, intimidate and humiliate staff to get his own way, with no issue too petty to bring about one of his outbursts."

That same person also detailed an incident in late 2020 where Mr Secord entered the office of then-Labor leader Jodi McKay and described a staffer as "useless" and said "let's have it out" when others intervened. He was later banned from entering the office.

There is no suggestion Mr Secord's alleged behaviour involved any physical or sexual violence or harassment.

Mr Secord, who had several shadow portfolios, acknowledged he could be "too blunt and too direct in a fast-paced workplace", especially with "strict deadlines and highly-stressful situations".

In the days after the ABC investigation was published, Labor Leader Chris Minns said he had many colleagues contact him with complaints about Mr Secord.

"In each case and every case, those people have asked that it remain anonymous and the circumstances relating to it remain confidential," he said.

In his announcement today, Mr Secord said over his time in politics he had worked to improve health and education standards, support for businesses, social justice measures, animal welfare and most recently the NSW ban on Nazi symbols.

"One of the highlights of my career was to chair the impendent inquiry into the North Coast floods — allowing thousands of families devastated by the natural disaster to have their voices heard by the parliament."

In response to his retirement announcement, the NSW Jewish Board of Deputies issued a statement describing Mr Secord as a "staunch and loyal friend to the Jewish community".

"Our state is a better place because of Walt’s tireless work across multiple portfolios over the years," the board said.

Mr Secord grew up in an Indian reserve in southern Canada and said Australia had given him opportunities beyond his "wildest expectations". 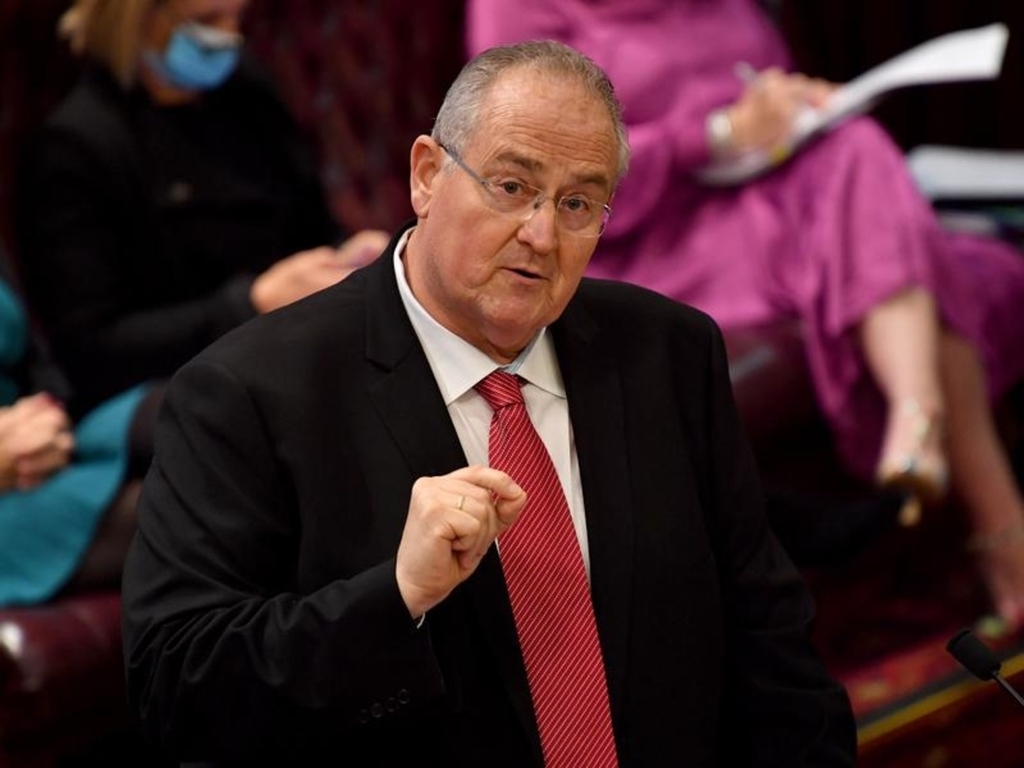 AAP
From analysis to the latest developments in health, read the most diverse news in one place.
Morrison apologises to Andrews for usurping ministerial portfolio

The Guardian - AU
One place to find news on any topic, from hundreds of sites.
Scott Morrison apologises to Karen Andrews as senior National accuses former PM of breaching Coalition agreement