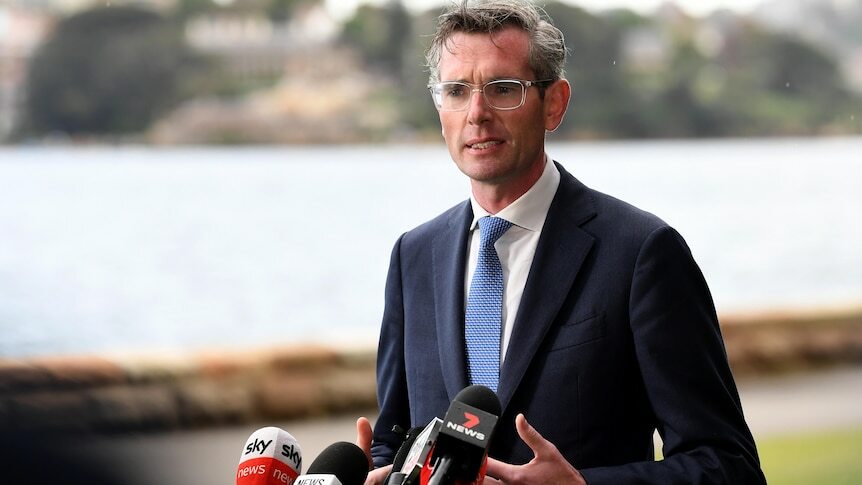 NSW Dominic Perrottet has announced the abolition of quarantine for international travellers from next month.

Starting November 1, NSW will open its borders to the fully-vaccinated in a bid to expedite the return of Australians stranded overseas and revitalise the tourism industry.

Initially, only Australian citizens, residents and their families will be eligible for quarantine-free travel through Sydney.

NSW will be the first state or territory to lift the requirement for quarantine.

Here's what you need to know.

What do people need to do before they fly?

The 14-day hotel quarantine process will still exist, but at a drastically diminished capacity and only for those who are not fully-vaccinated.

But if you've received both jabs, you'll be exempt from the process.

Wherever you're flying from, you'll need to receive a negative result on a PCR test — the most common kind of test — and provide proof of your vaccination status before you can take off.

Not all vaccines will be deemed equal, however (more on that later).

The NSW government said it would provide details on testing requirements in the coming days.

What are the current quarantine arrangements?

NSW has been taking the lion's share of returning international travellers since the beginning of the pandemic.

Under the new scheme beginning November 1, only 210 unvaccinated arrivals will be permitted to enter NSW from overseas each week.

There will be no cap on the number of people allowed to arrive who have had both jabs.

There is good news for people in hotel quarantine on November 1.

If they're fully vaccinated, they'll be able to leave on that date, even if they are yet to complete their 14 days.

The NSW government, in partnership with the Commonwealth, had been conducting a trial of seven-day home quarantine, which Mr Ayres said had been "incredibly effective".

The program had been using facial recognition technology to monitor people's movements and Mr Ayres said the data suggested scaling up the program would be resource intensive.

"There is no reason why we should take health staff or police staff or other public servants away from their front-line duties for them to monitor people in quarantine," he said.

What does this mean for other states?

On Friday, Mr Perrottet said he'd had "numerous discussions with the federal government" about his plan to open up and dispense with quarantine.

The Prime Minister on October 1 announced some Australian states would reopen to international travellers from mid-November and lauded the home quarantine program as a crucial component of this plan.

That program will be scrapped in NSW from November 1.

The NSW Premier has fast-tracked several recovery roadmap measures since taking the top job less than two weeks ago.

Other states and territories shut their borders to NSW, meaning international arrivals in Sydney will still need to seek exemptions and quarantine if they wanted to travel around the country.

Mr Perrottet has been in talks with his Queensland and Victorian counterparts, arguing the "sooner we can get the borders open, the better".

Victorian Premier Daniel Andrews announced this morning that fully vaccinated people in NSW "red zones" would be able to enter his state from October 20.

The NSW Premier signalled a willingness to go it alone on international travel.

"I think people in NSW will be flying to Bali before Broome," he said.

"I want NSW to rejoin the world. We can't live here in hermit kingdom."

Are all countries eligible under this scheme?

It doesn't matter what country you're coming from, but it does matter what vaccine you've had.

The scheme will only apply for Australians and their families who have received a jab approved by Australia's Therapeutic Goods Administration (TGA), which currently includes AstraZeneca, Pfizer, Moderna and Johnson & Johnson.

The TGA is currently evaluating Novavax, which the federal government expects to begin arriving in Australia in November.

Novavax isn't currently distributed anywhere in the world but may play a role in providing booster shots.

The company has also applied to the World Health Organisation to be added to the emergency listing, which would allow it be distributed to poorer countries.

It has not yet been announced whether unvaccinated children will be included in the scheme.

International students are not eligible for quarantine-free travel to NSW, yet.