The New South Wales government has refused to pass laws closing a loophole that allows prison staff to treat children in youth detention as adults, including the use of “oppressive” fully-naked-body strip-searches.

The NSW Ombudsman, Paul Miller, has invoked his rarely used power to force ministers to respond to his investigation into the use of adult strip-search powers against children, saying he was not satisfied the government had taken sufficient steps to address his calls for the law to be overhauled.

Last year, Miller furnished a special report to parliament detailing a case in 2019 when three children in a youth detention centre were subjected to a strip-search in which they were made to completely undress and spread apart their buttocks.

The search occurred in a room monitored by CCTV.

In NSW, youth justice officers are only able to conduct partial strip-searches – meaning children in detention cannot be searched while naked. Youth justice rules also ban the use of a strip-search in view of CCTV.

But the report raised concerns that a memorandum of understanding signed between youth justice and corrective services NSW allowed for those laws to be circumvented.

The 2019 MOU allowed corrective services staff from the general prison population to enter children’s detention centres during a “riot or disturbance”. The wording of that agreement, the ombudsman found, allowed corrections staff to “bring with them all the same powers for the children and young people as they have for adult prisoners in an adult correctional centre”.

“In effect, the youth justice centre becomes legally ‘cloaked’ as an adult correctional centre for so long as the CSNSW officers have control of it, so that the children and young people in that centre may lawfully be treated by those officers in the same way,” the report last year found.

But the government has refused to implement the recommendations to overhaul the laws to ban the use of fully naked body searches on children, a decision the ombudsman has now forced them to explain to the state’s parliament.

In a rare use of the ombudsman’s powers to demand further explanation from the government, Miller published a second report on the issue late last week saying changes introduced by the government did not address the problem.

The 2019 search of the three children was “oppressive”, “disproportionate to the risk posed”, and “unreasonable”, the ombudsman found. Officers from corrective services were called to the Frank Baxter Youth Justice Centre after a disturbance in which the three young people had climbed on to the roof of a building and “made a series of serious threats to the safety of staff”.

They were eventually convinced to come down from the building, where they were handcuffed and subjected to pat-down searches which did not find anything. Officers then conducted a fully naked body strip-search which required the children to completely undress.

The ombudsman found a number of steps during the search were “unnecessary and inconsistent with policy”, and would not have usually been permitted under rules governing youth detention centres.

The report found, for example, that officers inspected between the buttocks of one of the children, and instructed him to “lift his penis”.

“Fully-naked-body (FNB) strip searches of children and young people are neither necessary nor appropriate and do not reflect good public policy,” Miller found in his special report.

“In our view, the practice of FNB strip searching of young people is not consistent with the principles of trauma-informed practice, as an FNB strip search is almost always a confronting and humiliating experience.”

In the report Miller made a number of recommendations aimed at closing a loophole which allowed the fully naked body searches under the remit of the MOU.

The government, he said, should pass laws to “expressly prohibit” fully-naked-body searches of children and young people in detention as well as amending existing laws to ensure partial-body searches used “the least intrusive method required to achieve the purpose of the search”.

But the government rejected those recommendations. In a joint-reply to last year’s report, the then corrections minister Anthony Roberts and minister for families and community services, Alister Henskens SC, said they did not support any legislative changes.

Instead, the government said the MOU had been updated to give “additional guidance about the respective roles and responsibilities” of corrective services officers called to youth justice centres during cases of disturbances.

But in his latest report, Miller found that under the terms of the new MOU corrections officers can still conduct fully naked body strip-searches on children.

The new MOU, Miller wrote, states that the searches can be conducted in cases where a “risk” is identified, but “provides no guidance as to the circumstances that might constitute such a risk or who is to make that decision”. The new MOU also contains no requirement for officers to record why the search was conducted, he found.

Under the policies corrective service officers are now required to have reasonable grounds before undertaking a partially clothed strip-search on a young person, but not a fully naked body search.

Under the powers used by the ombudsman, the government is now required to give an explanation to parliament about its response to the report. In a statement to the Guardian, a spokesperson for the department of communities and justice said that it was working through the ombudsman’s report.

The government is in the process of rolling out body scanner technology that it says will reduce the need for strip searches in youth detention centres. The spokesperson said the scanners were being rolled out “across all youth justice centres in NSW to improve safety and security for detainees and for staff”. 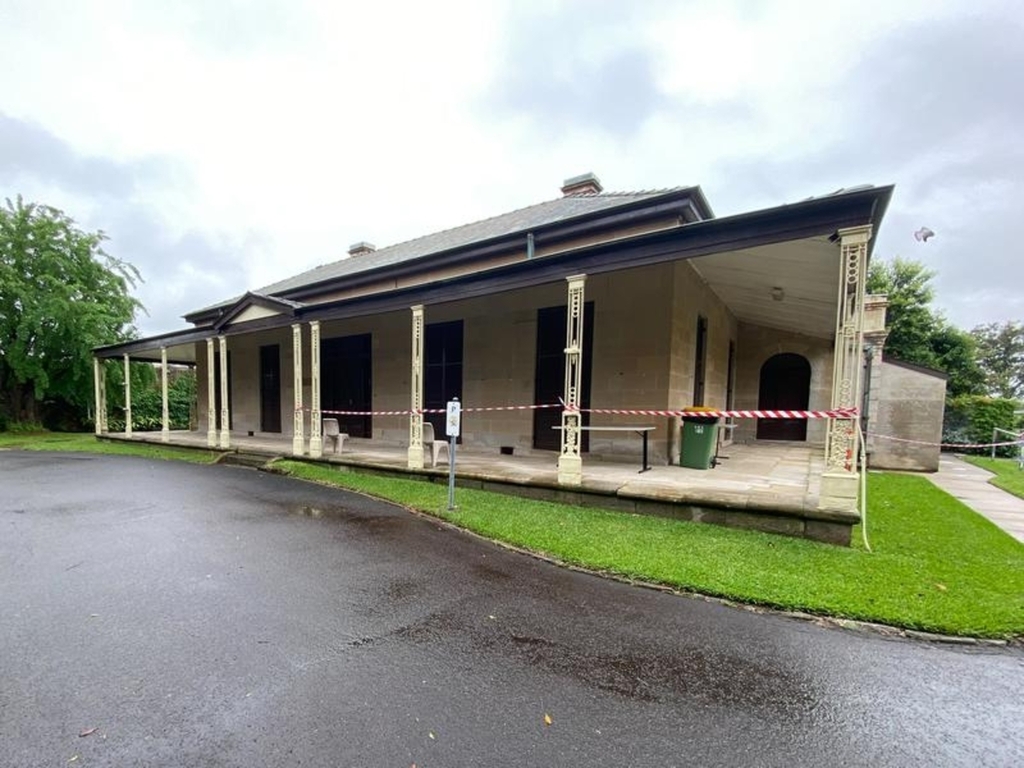 Aboriginal claim on Sydney estate approved
More than five years after it was filed, the transfer of unused Crown land in Sydney's inner-west to the local…

Monday: An 18-year-old white teenager opened fire at a supermarket in what US authorities have described as ‘racially motivated violent…

The Guardian - AU
Australia is bringing migrant workers back – but exploitation is still rampant. Here are 3 changes needed now

If the COVID years have taught us anything about migration, it is that Australia depends on it. About 7% of…