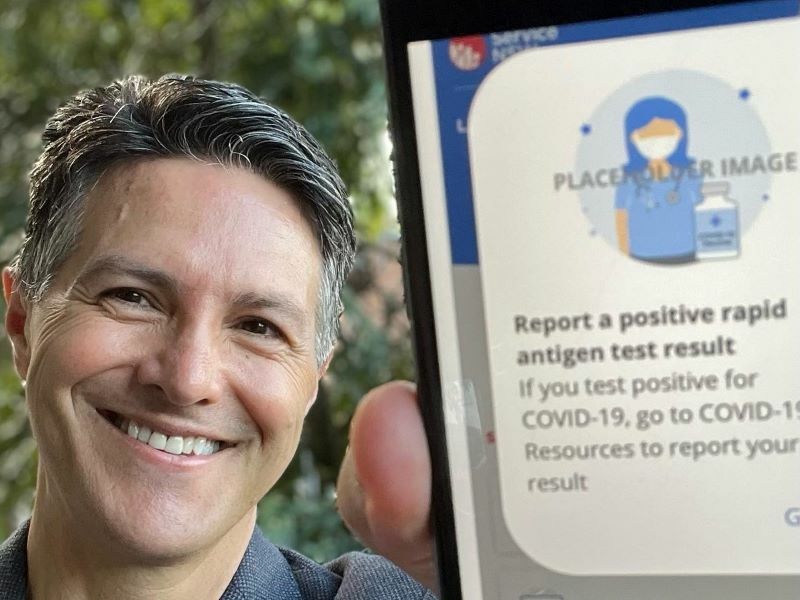 New South Wales has become the first Australian jurisdiction to launch in-app reporting of positive rapid antigen tests, with a $1000 fine threatened for those who don’t comply.

While the NSW government has launched a reporting system after most other states and territories, it is the first to incorporate this system in its existing Service NSW mobile app.

Most other states, including Victoria, require the reporting of positive rapid antigen tests (RATs) via a webform.

New South Wales residents will face a $1000 fine if they test positive for COVID-19 on a RAT and do not record it on an app.

“It’s what we’re doing here that no other state or territory is doing. Most other places simply have a webform, we are connecting it to the app,” Mr Dominello said.

“Once it’s connected to the app we can then connect you to health services as well. We are separating those that do have Covid into two categories: those with high risk and those with low risk.”

In Victoria it is also mandatory to report a positive RAT online, but there is currently no financial penalty associated with this. It is unclear how the NSW fine will be enforced, with the tests conducted in private by an individual.

The Victoria government launched a webform for the reporting of positive RATs last week, with individuals asked a number of follow-up questions to determine their level of risk from the virus.

Along with Victoria, Queensland, South Australia, Tasmania and the Northern Territory already have webforms for the reporting of RAT results.