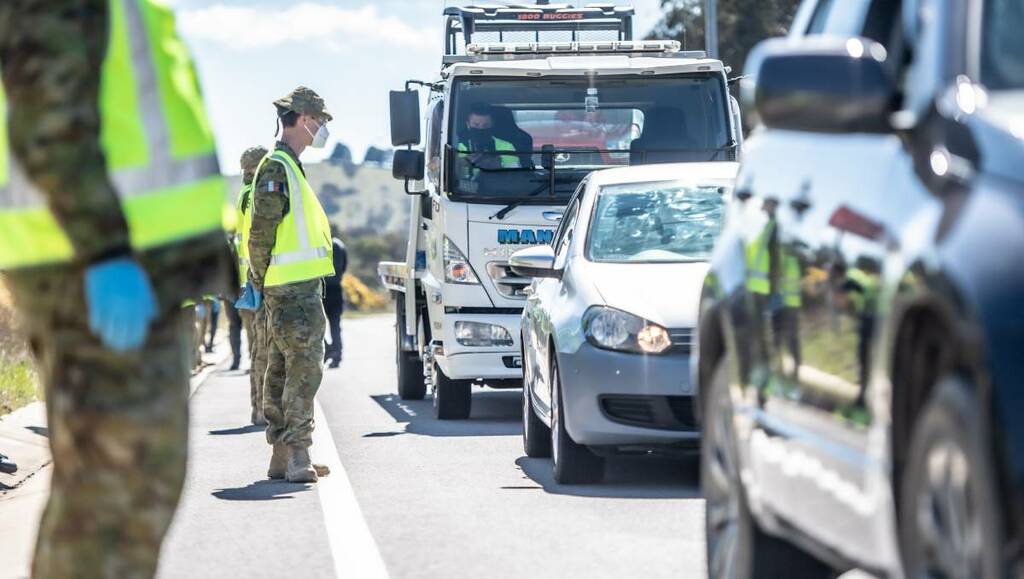 As the lockdown ends in the ACT, NSW health authorities have moved to ease COVID-19 restrictions for people entering NSW from the territory, making Canberrans "subject to the same rules as people who live in NSW".

There has been confusion and frustration over the border bubble discrepancies between the two jurisdictions. The late-night move has been met with calls for the ACT government to follow suit and ease restrictions for Canberrans wishing to travel freely beyond the capital region.

NSW Health has advised that as of midnight on Thursday night, the same moment as the end of the lockdown, the ACT will no longer be considered an area of COVID-19 concern or an affected area. This means people entering from the ACT will no longer need to complete a declaration form on entry into NSW or follow stay-at-home rules on arrival.

NSW Health says the change is in line with the ACT government's decision to lift its stay-at-home restrictions.

It means Canberra residents will from Friday be subject to the same rules as people who live in NSW. Fully vaccinated people can now travel anywhere in regional NSW except Greater Sydney, where people cannot enter or leave except with a reasonable excuse. NSW Health says holidays and outdoor recreation are not reasonable excuses.

Changes to border rules in recent days have meant that NSW residents from an expanded list of towns - including Braidwood, Goulburn, Cooma and Gundagai - now have a standing exemption to travel to the ACT for a range of reasons including work, study, school and essential shopping.

But Canberrans are restricted to travel in the capital region and to other parts of NSW. They can't travel across the border unless it's for work in NSW, childcare or school, animal welfare or attending weddings or funerals.

Earlier this week, Chief Minister Andrew Barr said the "two questions I get asked are 'When can I go to the coast?' and 'When can I go to Sydney?' I don't think either of those are likely in the short term, in the next week or so, but they look very likely in November."

The policy shift by NSW ramps up pressure on the ACT to act more swiftly now on border restrictions.

ACT Liberal senator Zed Seselja has welcomed the NSW change, and wants a similar move from the ACT.

"This sensible decision by the NSW government will be welcomed by many people in Canberra and our region," he told The Canberra Times.

"I hope the ACT government will now follow suit and ensure that Canberrans are able to reunite with loved ones and resume cross-border travel."

The shift in NSW policy comes after Victoria downgraded its alert for travellers coming from the ACT to "orange", scrapping the mandatory 14-day quarantine requirement from Friday.