NSW is facing danger on multiple fronts with rain set to worsen, threatening floods and erosion as conditions deteriorate earlier than expected.

Areas stretching from Newcastle to the South Coast and as far inland as Oberon are in the danger zone, including western Sydney's flood-prone Hawkesbury-Nepean area.

The Bureau of Meteorology had a severe weather warning in place for heavy rain leading to flash flooding, winds up to 90km/h and damaging surf along the coast on Sunday afternoon.

A developing east coast low-pressure system was expected to drive further rain in the coming days.

Residents in a number of areas have been ordered to evacuate, but Ms Cooke said people don't need to wait to be told to leave.

"If you are feeling uncomfortable or unsure about your circumstances, and there is an opportunity for you to leave earlier, don't necessarily wait for an evacuation order to be issued to your area," she said.

While the SES endeavoured to issue evacuation warnings before orders, the speed at which the situation unfolded overnight meant several areas were ordered to evacuate with no warning.

Ms York said locals should monitor the situation on the ground while also checking for SES warnings.

"Be prepared and be aware of your surroundings so that you can make a sensible and safe decision to get to a location of safety," she said.

The SES will be joined by other agencies, including about 100 Australian Defence Force members on Sunday, assisting with sandbagging and other preparedness measures like doorknocking communities to warn of the flood threat.

"At this stage, we've asked them to really concentrate on the Hawkesbury-Nepean Valley area which seems to be the big risk," Ms York said.

The catchment's residents have faced repeated flooding in recent years, including in March and April this year.

The weather front battering the state's east coast is forecast to get worse before it gets better, with wild winds, rough seas and heavy rain expected to last until Tuesday.

Bureau of Meteorology hazards preparation and response manager Jane Golding said a coastal trough lingering since Friday had deepened and an east coast low-pressure system had formed off the Mid North Coast.

"That's produced some extraordinary rainfall rates over the last 24 hours ... many locations have seen up to 200mm and some close to 300mm," she said.

The weather system is expected to move south along the Hunter and Central Coast before hitting Sydney in the next 24 hours, before shifting offshore.

EVACUATION ORDERS IN PLACE IN PARTS OF:

EVACUATION WARNINGS IN PLACE IN PARTS OF:

MODERATE TO MAJOR FLOODING POSSIBLE ALONG: 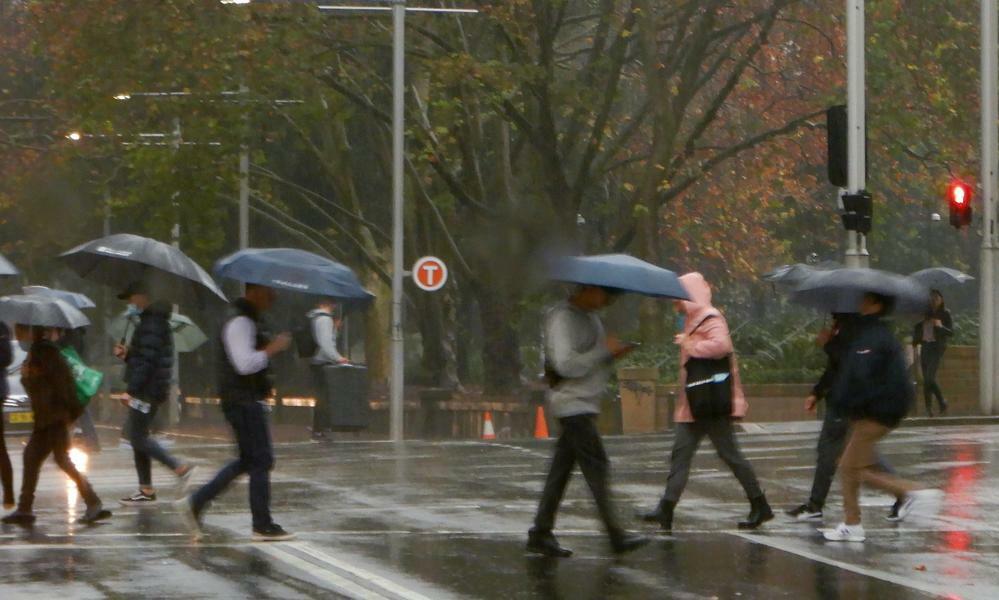 The Guardian - AU
One subscription that gives you access to news from hundreds of sites
Heavy rains, floods prompt evacuations of Sydney suburbs