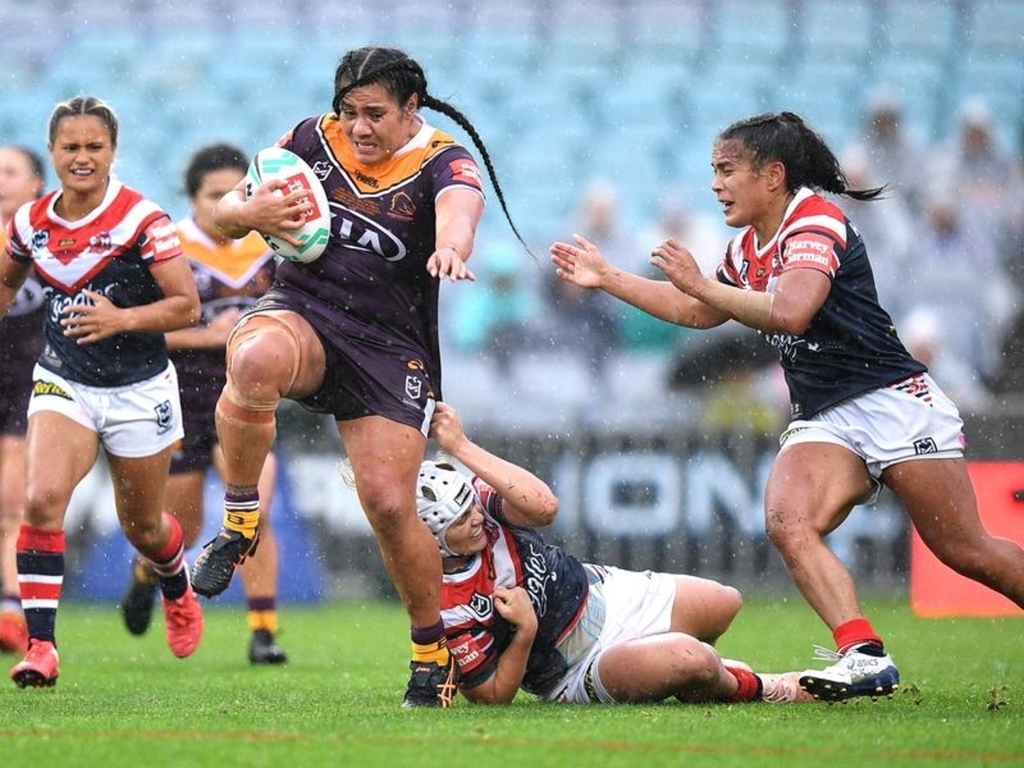 NRLW players have scored a major win in their battle for more pay with the NRL announcing a financial support package following the postponement of the 2021 season.

Tensions between players and the governing body have been high over the past week since the NRL announced the 2021 season would be moved to next year, leaving some players stranded in Australia and others without reliable income.

The decision sparked a war of words from some of the NRLW's most high-profile players who claimed a lack of communication over the decision led to poor treatment of the women's players.

The call followed a poll in which 30 per cent of the playing group and most club staff said they would not be willing to relocate for the competition this year, which would have required a three-month bubble commitment.

However, the confirmation of a financial support package is a step towards restoring harmony.

Each NRLW player will receive a COVID relief payment of $3500 on top of their contracted salaries, worth more than $500,000 for the season.

It's understood some NRL clubs paid a portion of contracted wages for the 2021 season, but the additional funds is to cover the seven-week period between when pre-season was due to start and the postponement of the competition.

Many players were forced to take time off work or turn down other opportunities to commit to the season, hoping it would go ahead.

New Zealand-based players who relocated to Australia and are now stranded in the country while waiting for approval to return home have also been allocated an additional $150,000 in assistance, with some funds also going to players who moved interstate.

Like the Warriors, who finished the NRL season last weekend, New Zealand-based players are waiting for additional quarantine places to open up to return home following the closure of the trans-Tasman bubble.

The NRL and NZRL is working with government agencies to get them home, and it's understood the NRLW players have been given extra financial support and assistance with work and study since July.

In a further boost, 30 centrally contracted players will be paid their full contract value between $8000 to $12,000, while the marquee players have also been guaranteed their $450,000 in allocated funds.

"We're also ensuring our marquee representative players are paid regardless of the international program not proceeding this year and we will continue to provide financial assistance to players who have relocated and are waiting to return home, particularly those from New Zealand," said NRL chief executive Andrew Abdo.

"Remunerating our players is so important to us.

"We've been working on a support package from well before the postponement of the season was announced and today is the fruits of that work."

The postponement of the NRLW season means only State of Origin and the All Stars match has been played on the women's calendar this year.