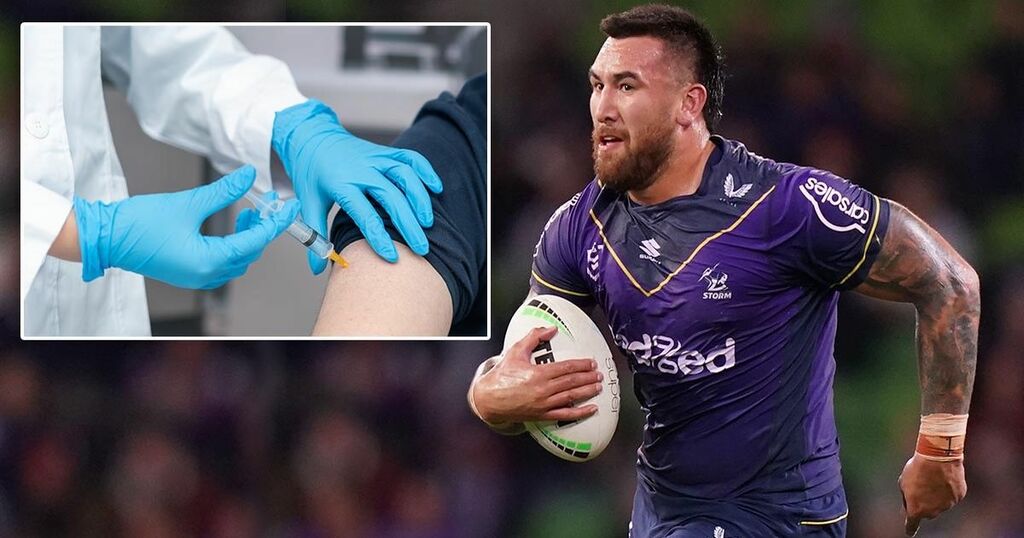 The Covid-19 vaccine was seen as salvation for many in sport amid the devastating disruptions wrought by the pandemic, but not all athletes will consider it a boon to their careers.

Fox Sports reported his anticipated code hop to rugby union is a result of Asofa-Solomona's stance against the Covid-19 vaccine, which has been mandated under law for players in Victoria.

That means he'll be ineligible to represent the Melbourne Storm in the upcoming 2022 NRL campaign, which is set to get underway on March 10.

It's understood New Zealand-born Asofa-Solomona has been 'frozen out' by his current employers amid talk of a move to Saitama, where former Wallabies coach Robbie Deans is the man in charge.

Covid protocols in Australia are generally very strict, while Japanese authorities have taken a more liberal approach, with no vaccine mandates in place.

“He’s a powerful man and a big part of our team.

“A lot of us boys care deeply for him and I’ve tried to reach out to him, but I didn’t get anything back.

“I know he’s got his beliefs around vaccination and it’s up to him, but we really want him to come back, so hopefully the matter resolves itself soon.”

It's reported Asofa-Solomona will move to Rugby League One for the 2023 season, but that leaves the 6'7" talent with a potential gap in his calendar for the rest of this year if his Storm contract is terminated.

Rugby Australia are said to be exploring any opportunities to find him a short-term home with one of their Super Rugby franchises, although those might also come with vaccine expectations.

Asofa-Solomona was a stand-out prospect playing rugby union in his native New Zealand, starring for Wellington College as a No.8 and lock prior to joining the Storm set-up aged 15.

The 130-kilogram colossus would be expected to return to those pack roots if he does indeed return to union, and the Wild Knights are believed to have been in the hunt for second row recruits.

If his transition to the 15-a-side sport goes well, the 25-year-old may even go on to win further Test honours in union, having already earned six caps for New Zealand's rugby league team.

Australia are thought to be sniffing around his signature, while he'd also be eligible to represent the All Blacks —though that would require him to play in New Zealand.

Asofa-Solomona—who helped the Storm win NRL Premierships in 2017 and 2020—could have alternative options on the table through his Samoan mother and an Irish grandfather.

He'll hope any move to Japan goes more smoothly than that of Blake Ferguson, the ex-Parramatta Eels star who was recently arrested in Tokyo just a few days before he was set to make his rugby union debut.

The ex-Australia rugby league star joined Green Rockets Tokatsu after more than a decade in the NRL, but his time in Japan appears to be over after police allegedly found cocaine in his possession.

Asofa-Solomona appears destined for rugby union at some point in the next 12 months, with his staunch anti-vaccine beliefs seemingly likely to bring an end to his NRL career.