Now's not the time for your climate change high horse 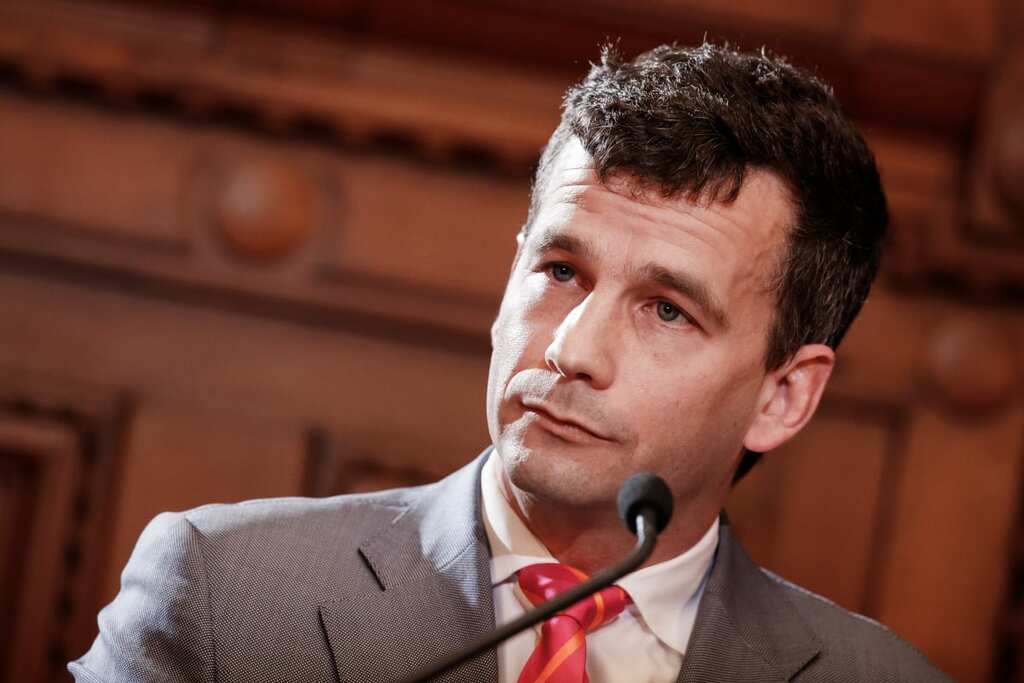 It's high time David Seymour climbed down from his fictitious moral high ground and stopped trying to impede progress on the crucial issue of climate change, writes Lindsay Wood

Opinion: ACT’s David Seymour must have had advanced straight-face training, for he makes the most ridiculous proclamations without even a smile. And he’s getting lots of practice.

Having just earned the demeaning moniker “Cockwomble” for leaking the vaccination access code, (see James Elliott in Newsroom), Seymour has also been building houses of cards with false syllogisms (using incorrect propositions as the basis of an argument).

In the way that he attempted to discredit Climate Change Minister James Shaw’s planned attendance at the COP26 climate conference in Glasgow, Seymour used spurious arguments, showed a lack of grasp of a defining issue of our time, and displayed the very hypocrisy of which he has been accusing others.

On top of weak excuses for tweeting the access code, and trying a cheap shot at MP Jan Logie (over, ironically, supposed lack of logic), his attack on Shaw has demonstrated Seymour’s own lack of logic, and also his lack of a sense of gravitas when it matters most.

In a press conference on September 9, Seymour first took the Government to task for failing to understand the urgency of the current needs of the tourism sector, then revealed that he totally fails to understand the urgency of the climate crisis. In seeking to downplay the importance of COP26 (lamenting “Somehow the 26th in a series of climate conferences is so urgent…”), he epitomises the myopic attitude that has hampered global efforts to give the climate crisis its desperately needed priority - an attitude that is in no small part the very reason why COP26 is so critically important.

In spite of the hardships we’re experiencing here, the rest of the world is struggling far more, and this presents us with another chance to show that we Kiwis can punch above our weight when needed – on climate this time.

And Seymour suggesting Shaw would be foolhardy going into a Covid hotspot is disingenuous at best. If indeed Shaw is putting himself at risk in the course of discharging his ministerial duties, then he deserves every bit as many plaudits as truck drivers, health workers, border officials and all the others who also put themselves at extra risk to help keep the country on track.

Given that climate is at the top of the list of global issues that desperately need addressing, and that COP26 is the highest-level governmental gathering on climate (plus there’s no option for Shaw to attend online), it’s hard to imagine a greater justification for a minister of climate change to fly.

And for anyone wondering (understandably) if Covid-19 might be more important, I suggest checking out the latest Global Health newsletter from the highly acclaimed journal The Lancet. It joins some 200 other medical journals from around the world to simultaneously highlight that climate change itself is the greatest single threat to global health, and to call on world leaders to maximise the opportunity presented by COP26. “Despite the world's necessary preoccupation with Covid-19, we cannot wait for the pandemic to pass to rapidly reduce emissions.”

It’s also been suggested that Shaw would be hypocritical flying to a climate conference when air travel comes with high emissions. “Not a good look to have the Green Party leader flying first class to Glasgow,” one person wrote to me. However I’d flip that around and suggest it wouldn’t be a good look if our climate change minister failed to attend.

But “flying first class” is worth a closer look. According to the Ministry for the Environment, emissions associated with first class flights are a whopping four times those of economy flights. In that vein, and regardless of him perhaps doing a bit less work en route, or arriving a bit more jaded, I personally hope that Shaw will fly economy. That would not only fittingly keep his own carbon footprint down (echoing The Lancet’s call to “rapidly reduce emissions”) but would also send an important signal to other travellers.

On that note, let’s also have a closer look at the emissions implications generally of Shaw’s proposed trip. In terms of the carbon cost of flying (or dollar cost for that matter) it can be looked on as any investment: what is the chance of getting a good return?

If Shaw flies economy, his return flights will likely incur a combined carbon footprint of around 10 tonnes of CO2, and that’s close to the current annual footprint of a typical Kiwi. Which means that Shaw only has to return with a strategy that deducts the footprint of one single individual (out of five million of us) to break even on the flying footprint, and everything extra is a win.

Even if he flies first class, with emissions around 40 tonnes, he’ll only have to get a dozen or so of us to switch from petrol or diesel cars to EVs to balance that out – chicken feed on the scale of the issues he’s dealing with, or of the truly massive potential benefits of his trip.

And high on the list of those potential benefits is informing Parliament’s decision on our first, milestone, emissions targets under the Zero Carbon Act. The Climate Change Commission’s formal advice on those targets now lies with our MPs for that decision – a decision that is due only a month after COP26. It would be worth a hundred trips to Glasgow just to get that right.

But in the wider context of COP26, “getting it right” means much more than direct climate strategies at home. New Zealand is a world leader in aspects of agriculture and climate, and enjoys an excellent international reputation, both of which offer us a disproportionate chance to influence outcomes at the summit. And perhaps Seymour isn’t yet aware of the well-documented astronomical economic cost of inadequate climate action, or of the truly enormous trade potential in the climate arena (encapsulated in a banner run by US business organisation magazine Forbes: 'Climate Change: The Greatest Opportunity Of All Time').

In spite of the hardships we’re experiencing here, the rest of the world is struggling far more, and this presents us with another chance to show that we Kiwis can punch above our weight when needed – on climate this time. “This is our nuclear-free moment” the Prime Minister famously said about climate change, promising “we won’t be slow followers”. That is exactly how we should be approaching COP26, even if Seymour thinks otherwise.

So to you, David Seymour, I say it’s high time you climbed down from your fictitious moral high ground, stopped trying to impede progress on an absolutely crucial issue, and instead added your voice to those encouraging Shaw to make the most of this singular opportunity.

And to you, minister, I thank you for championing our interests on such an existential issue, and for possibly putting yourself at risk in the process. Travel well, keep well, and kia kaha for the climate.