Novak Djokovic Is Two Wins From A Grand Slam, But Red-Hot Zverev And Medvedev Stand In The Way 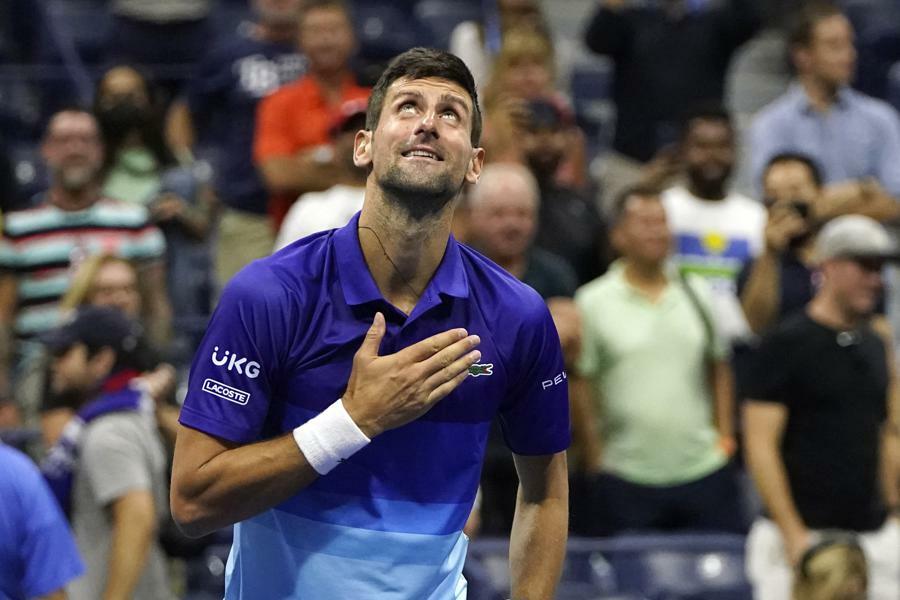 Novak Djokovic now stands two victories from history but two of hottest player in men’s tennis stand in his way.

As many had expected when the draw first came out, Djokovic will next have to face Olympic gold medalist and No. 4 seed Alexander Zverev in the semifinals on Friday and then potentially world No. 2 Daniil Medvedev in the final on Sunday.

Djokovic has won 26 straight Grand Slam matches in 2021 and if he wins his next two, the 34-year-old Serb will achieve a double-dose of history. He will become the first man since Rod Laver in 1969 to win the calendar Grand Slam and he will surpass his longtime rivals Roger Federer and Rafael Nadal with a record 21st major title.

"Of course I'm aware of the history, of course it gives me motivation," Djokovic said at his news conference after defeating No. 6 Matteo Berrettini 5-7, 6-2, 6-2, 6-3 in a quarterfinal that began Wednesday night and concluded after midnight Thursday.. "If I start to think about it too much, it burdens me mentally. I want to really go back to the basics and what really works for me mentally."

Zverev enters the much-anticipated semifinal riding a 16-match winning streak that includes a win over Djokovic in the semifinals of the Tokyo Olympics. The German went on to win the gold medal that Djokovic had coveted while seeking a “Golden Slam” — all four major titles and Olympic gold — as well as the title in Cincinnati ahead of the U.S. Open.

“I mean, it's the biggest tournament in the world, Tokyo,” Zverev said after his straight-sets quarterfinal win over South African Lloyd Harris Wednesday afternoon. “It's the Olympics. Winning there against the world No. 1, especially that I was down a set and a break, being kind of out of the match, then coming back, it was different than the other matches. The emotions were different.

“Also securing a medal for Germany was very special to me. This year it seems like nobody can beat [Djokovic] in a big match, nobody can beat him at the Grand Slams. I feel like I was the first player to beat him in a very big match this year.

Djokovic pointed out that he was up 6-3, 3-2 on Zverev in the Olympics before he began to “doubt” his shots.

“I just started to doubt my shots a bit,” he said. “He started to read my serve well. He has a tremendous serve. He got a lot of free points on his service games. Next thing you know he won it. He won it comfortably in the end. Deserved to win a gold medal obviously with the way he was playing. He hasn't lost a match since.”

He added: “He's in a fantastic form. Next to Medvedev, best form. But it's best-of-five. It's Grand Slam. Of course looking at his results in past few years, he's played very well here on this court. He was a couple points away from his first slam last year against Dominic [Thiem].

“I know it's going to be battle, even harder than it was today. But I'm ready for it. Look, these are the hurdles that I need to overcome in order to get to the desired destination. Result is something that I can't predict, but I can definitely put myself in the best possible state of mind and body to perform as well as I can.”

If Djokovic gets past Zverev, he could face Medvedev in the final. The Russian is into his third straight U.S. Open semifinal and will take on No. 12 Felix Auger-Aliassime, the young Canadian who is into his first major semifinal.

Nothing less than winning his first major title will do for Medvedev after losing in the 2019 final to Nadal and the 2020 semis to Thiem. He conceded that the draw had opened up slightly with Federer (knee) and Nadal (foot) both out, but he still would have remained a major threat to win the title.