Novak Djokovic: Timeline of events leading to second cancellation of Australian visa and risk of deportation 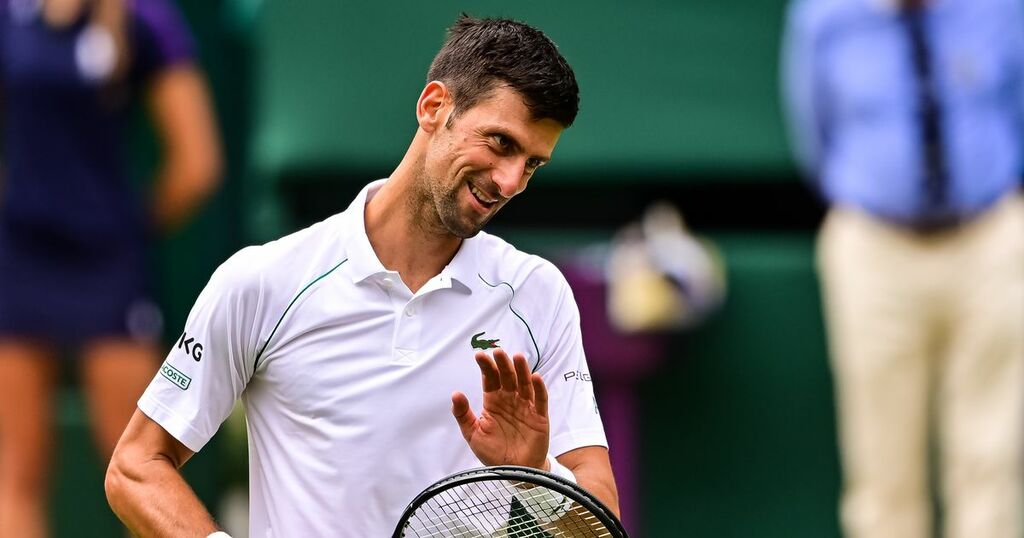 Novak Djokovic has had his Australian visa cancelled for the second time after months of controversy in the run up to the Australian Open.

The drama unfolded for the tennis star on his arrival down under when he was questioned over his exemption from isolation upon entry.

Djokovic contracted Covid at the end of December, which he was reportedly told would suffice for entry ahead of the tournament.

However, as soon as he touched down he was taken for questioning over numerous trips he had taken before his arrival, as well as the legitimacy of his medical documents.

Just days ago he was granted release from being held at a hotel after the presiding judge on his case ordered his immediate release from detention.

The judge did however did point out that Australian Immigration Minister Alex Hawke reserved the right to deport Djokovic.

This morning Mr Hawke decided to cancel his visa for the second time and said he "carefully considered" all information before making his final decision.

So if you’re wondering what has been happening in the lead up to this dramatic decision, here’s everything we know dating back to November 2021.

On November 18, Djokovic was granted an Australian temporary entry visa for the sole purpose of competing in the Australian Open.

According to a spokesperson for the tennis player, Djokovic applied for the visa sometime in October 2021.

On November 29, the Australian Health Minister Greg Hunt contacted the Australian Open Tournament Director, Craig Tiley, and said that due to the severity of the Covid-19 situation at the time, players would not be allowed entry with proof of recovery in the past six months alone.

He insisted that it did not meet the requirements for quarantine-free entry into the country.

On December 7, leaked documents showed that Tennis Australia had sent a letter to players saying that if they had proof from a doctor saying they had a Covid-19 infection in the past six months, they would receive a valid medical exemption.

Djokovic then attended a basketball game in Belgrade on December 14, after which he tested positive for Covid, according to a statement posted on his Instagram account just days ago.

On December 16, he took a rapid antigen test, and had a negative result but decided to book a PCR test "out of an abundance of caution," according to his statement.

The PCR test result came back positive later that day, however, he was not made aware of his results until after a tennis event on December 17.

He was therefore pictured at two events, which were posted on his foundation's social media - which has caused debate as none of the participants were wearing masks.

Ahead of receiving his result on December 17, Djokovic attended a tennis event in Belgrade to present awards to children.

He took a rapid antigen test before the event, and in his statement said it was negative.

The Belgrade Tennis Association's Facebook page posted photos of Djokovic alongside a group of around 26 people at the ceremony with no social distancing or masks worn.

After the event, Djokovic received a message stating that his PCR test was positive, according to his statement.

Djokovic still went ahead with a L'Equipe interview and photoshoot where he said everyone was socially distanced and wore a mask.

According to Franck Ramella, who was the Journalist on set, as well as photographer Etienne Garnier, they were not informed of Djokovic’s positive PCR at any point during or after the interview as reported by the French sports newspaper.

The L'Equipe article states Ramella has since tested negative for Covid-19, however Garnier's result was not published.

Finally on December 22, Djokovic tested negative for the virus, according to his affidavit.

The following day he received an official document from the Public Health of Serbia Institute, to say the tennis player had recovered from Covid-19 and would therefore have antibodies when he arrived in Australia for the Open.

Days later on December 30, Djokovic received a medical exemption from Tennis Australia allowing him to enter without Covid vaccination or the need to quarantine.

However, videos and images then began to appear online of Djokovic in Spain and Serbia in the two-week period before travelling to Australia.

This caused outrage as the tennis pro had checked the 'No' box on a risk assessment document when asked if he had travelled in the 14 days before his arrival into Australia, according to court documents.

In January, Djokovic was assessed and he was cleared for quarantine-free travel to Australia, and was given a Border Travel Permit by the state government for Melbourne - where the Australian Open will take place.

Djokovic then left Spain on January 4 and headed for Melbourne where he arrived at around midnight on January 5.

As soon as he landed, his passport was taken and he was brought to be interviewed by border control officers, the affidavit states.

His visa was cancelled by the Australian government on January 6 and this is when he was taken to a temporary detention facility at the Park Hotel in Melbourne.

Djokovic's hearing began on January 10, during which the judge decided to reverse the cancellation of his visa and ordered his immediate release from detention.

The judge did however point out that Australian Immigration Minister, Alex Hawke, reserved the right to deport Djokovic at any time.

There was a lot of back and forth between Djokovic’s team and the Australian Government to resolve the issue entirely ahead of the tournament between January 10 and 12.

However, the Australian Border Force were continuing to investigate the “inconsistencies” in his documents - particularly focusing on his December PCR result and his movements prior to landing.

As he waited for a final decision on his visa status, Djokovic was drawn against Miomir Kecmanovic in the first round of the Australian Open.

However, just this morning, January 14, the Australian government cancelled Djokovic's visa for the second time.

He released a statement saying he had made the judgement to send Djokovic home "on health and good order grounds".

Mr. Hawke said: "Today I exercised my power under section 133C(3) of the Migration Act to cancel the visa held by Mr Novak Djokovic on health and good order grounds, on the basis that it was in the public interest to do so.

"This decision followed orders by the Federal Circuit and Family Court on 10 January 2022, quashing a prior cancellation decision on procedural fairness grounds.

"In making this decision, I carefully considered information provided to me by the Department of Home Affairs, the Australian Border Force and Mr Djokovic.

"The Morrison Government is firmly committed to protecting Australia's borders, particularly in relation to the Covid-19 pandemic."