Novak Djokovic: The key questions as doubt remains over his Australian Open participation 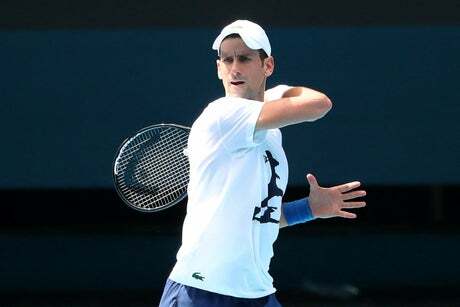 There is still an element of doubt, though, over his participation in an event he has dominated for years.

We look at the key questions still to be answered around the Djokovic saga just days out from the first Grand Slam of the season.

Could Novak Djokovic still be banned from competing at the Australian Open?

Yes, a final decision rests in the hands of Australia’s immigration minister Alex Hawke. It was thought a final decision would be made on Monday night and then Tuesday. It has since stretched into a third day.

Hawke can personally step in to block a visa if there is enough evidence for grounds to do so despite the ruling of the judge, who decreed immigration officers were wrong to halt Djokovic from entering in the first place. Hawke has said he is “thoroughly” considering his options.

On what grounds could Djokovic be sent home?

One of the issues being looked at is reports that Australian Border Force are investigating claims that Djokovic lied on his entry form, claiming not to have travelled in the two weeks leading up to his arrival in Australia.

But he looks to have been in Belgrade on December 25 and then in Marbella, where he has a home, on December 31. The argument from the Djokovic camp is that that form was filled in by Tennis Australia.

What happens if Djokovic is sent home?

His team of lawyers would have grounds to appeal that decision, which would again make for unwanted headlines for both the Australian Government and the Australian Open.

A further option from Hawke is that he permits Djokovic to play and then imposes a three-year travel ban for Djokovic to Australia in the aftermath.

What sort of reaction can Djokovic expect in Melbourne?

Judging by pictures as he was driving away from his lawyers’ offices on Monday night, there is clearly strong support from Serbian fans in particular in the city for Djokovic.

But Melbourne residents have clearly been put out by Djokovic’s ability to come to Australia unvaccinated despite a series of heavy lockdowns they have seen imposed during Covid times.

Will Djokovic get vaccinated?

The Serbian has said in the past that he is opposed to vaccines and clearly hasn’t had a Covid jab at this stage.

Whether he finds his hand forced as more and more nations and tournaments toughen up the travel criteria for the non-vaccinated remains to be seen.