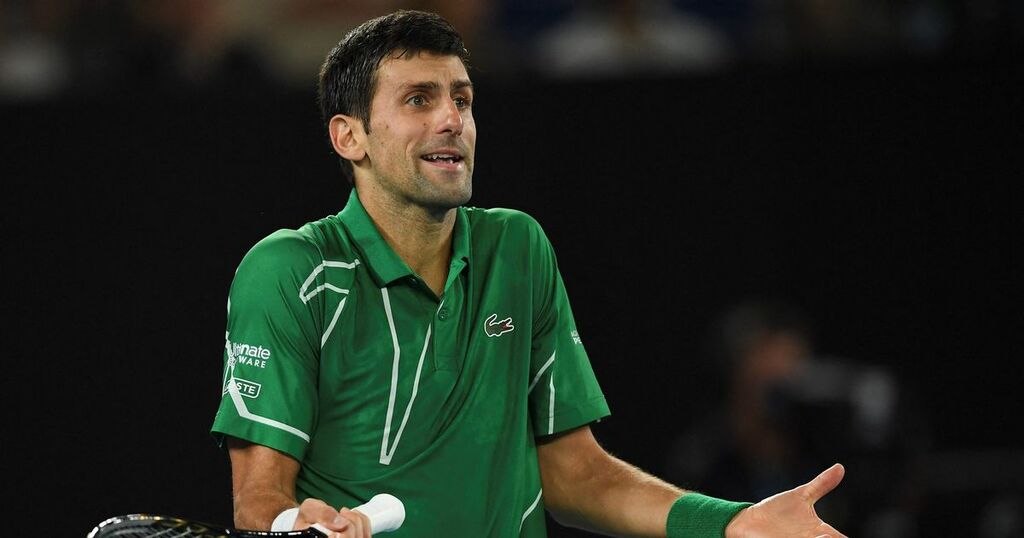 Novak Djokovic has admitted to making an "error of judgement" by attending an interview with a French journalist while Covid positive.

The Serbian tennis star, 34, is currently battling to compete in the Australian Open after being detained last week over a cancelled travel visa - later overturned by an Australian court.

In a statement posted on his Instagram account, the world number one admitted that he was at fault for meeting with a reporter from French sports newspaper L'Equipe two days after testing positive for Covid on December 16.

Djokovic 'accepts that he should've rescheduled', but has also blamed his agent in the post for making a mistake on the travel form he used to enter Australia this month that ultimately led to his detention for four days.

The Mirror reports that the statement has prompted a renewed investigation by Australian officials who may yet again seek to deport the star.

"I had not received the notification of a positive PCR test result until after that event," the statement said.

"The next day, on 18 December I was at my tennis centre in Belgrade to fulfil a long-standing commitment for a L'Equipe interview and photoshoot. I cancelled all other events except for the L'Equipe interview.

"I felt obliged to go ahead and conduct the L'Equipe interview as I didn't want to let the journalist down, but did ensure I socially distanced and wore a mask except when my photograph was being taken.

"While I went home after the interview to isolate for the required period, on reflection, this was an error of judgement and I accept that I should have rescheduled this commitment."

Djokovic arrived in Australia - despite being unvaccinated - to defend his Australian Open crown, but he had his visa revoked shortly after arriving in the country amid uncertainty over the vaccine exemptions that allowed him to enter.

However, the decision was overturned by a judge on Monday and Djokovic was released from a detention centre, although the government has not ruled out further action.

Djokovic's statement also addressed the widely reported discrepancy in his travel declaration, published by the Federal Circuit and Family Court of Australia earlier this week. He attributed it to "human error" on behalf of his agent.

"On the issue of my travel declaration, this was submitted by my support team on my behalf - as I told immigration officials on my arrival - and my agent sincerely apologises for the administrative mistake in ticking the incorrect box about my previous travel before coming to Australia.

"This was a human error and certainly not deliberate. We are living in challenging times in a global pandemic and sometimes these mistakes can occur."

Australian immigration minister Alex Hawke has said a decision will not be made on Wednesday over whether to cancel Djokovic's visa.

The minister has since Monday been considering personally intervening in the matter after Djokovic won his court battle against the Australian Border Force.

Djokovic is the Australian Open defending champion and top seed.

He has won nine times in Melbourne and would make history if he is able to compete and goes on to make it 10 wins as it would take him to 21 Grand Slam victories, moving him ahead of rivals Rafael Nadal and Roger Federer.

The Australian Open draw is due to start on Thursday.