Gird your shins! This season, ballet flats, AKA podiatrists’ most hated shoes, are back with a vengeance. At the recent London and New York fashion weeks, they ruled the front row. Killing Eve star Sandra Oh chose a black pair for Queen Elizabeth II’s funeral while Katie Holmes and model Bella Hadid have been spotted running errands in them.

This is the first time ballet flats have been fashionable since the Noughties, when a whole generation trying to emulate Amy Winehouse, Kate Moss and Alexa Chung stumbled around in them and ended up suffering from foot pain. Fast forward to 2022, and Gen Z have rediscovered this indie sleaze era. Think messy eyeliner, distressed leather jackets, grubby miniskirts and of course the flat feet-destroying ballet pumps.

This season’s iterations are a much more literal interpretation of the traditional ballet pointe shoe, with MatchesFashion reporting strong sales of Miu Miu’s pale pink version. Featuring a logo embossed elastic tie, they were styled on the autumn/winter 2022 runway with chunky knee high socks and miniskirts whereas the street style set favour low-slung jeans.

This sleek slipper revival is part of a wider dance trend making leaps in the fashion world. The red carpet-favoured brand Rodarte champions tulle dresses while the designer Nensi Dojaka, beloved by It girls such as Hailey Bieber, creates plenty of stretchy bodysuits that would fit in just as well on the barre as at a bar.

Joseph Kocharian, the fashion director of Attitude and Rolling Stone UK who regularly works with ballerinas, says that similar to Audrey Hepburn in Breakfast at Tiffany’s, the ballet uniform has become romanticised. “It’s very accessible. The Miu Miu flats are very literal in the representation but people wear basketball hightops and football shirts.”

Next week, the trend will pirouette further into the spotlight with the 10th anniversary of Fall Fashion Gala at the New York City Ballet. Honouring the vice-chair, Sex and the City’s Sarah Jessica Parker, it features the world premiere of two ballets with costumes by fashion designers including Giles Deacon and an original score by Solange Knowles.

Working closely with the choreographer Kyle Abraham, Deacon has adapted his haute couture runway and red carpet techniques to make the pieces stage ready. Everything from the dancers’ movements to the need to be cleaned in industrial washers (the costumes will tour for the next five years) are taken into account.

Deacon says he enjoys seeing the worlds of ballet and fashion colliding, especially on the street. “There’s a brilliant elegance about ballet and to see the juxtaposition of elements taken from the stage to the runway to a more contemporary context is great. It’s great to see people in things like soft net skirts that come from the pinnacle of the arts movement.”

When Vogue España cast model Kendall Jenner in a 2016 ballet themed shoot, the internet was outraged. Cut to 2022, and ballet dancers are celebrities in their own right with principals of the Royal Ballet Francesca Hayward and Cesar Corrales amassing cult followings on social media and sitting front row at Bottega Veneta. The London-based designer Michael Halpern, whose designs have been worn by Diane Kruger and Lupita Nyong’o even chose to cast the Royal Ballet over models in a campaign.

Lucinda Strachan, an artist with the English National Ballet, says: “There is a thin line between trying to imitate something and being influenced by it. If you acknowledge the influence, you can take it as far as you want.” While she would love to wear a Nensi bodysuit on and off stage, she is not so sure about the Miu Miu flats, which retail for £550. Laughing, she says: “A friend sent me a screenshot of them next to a picture of similar slippers we used to wear. They cost £11.50.” 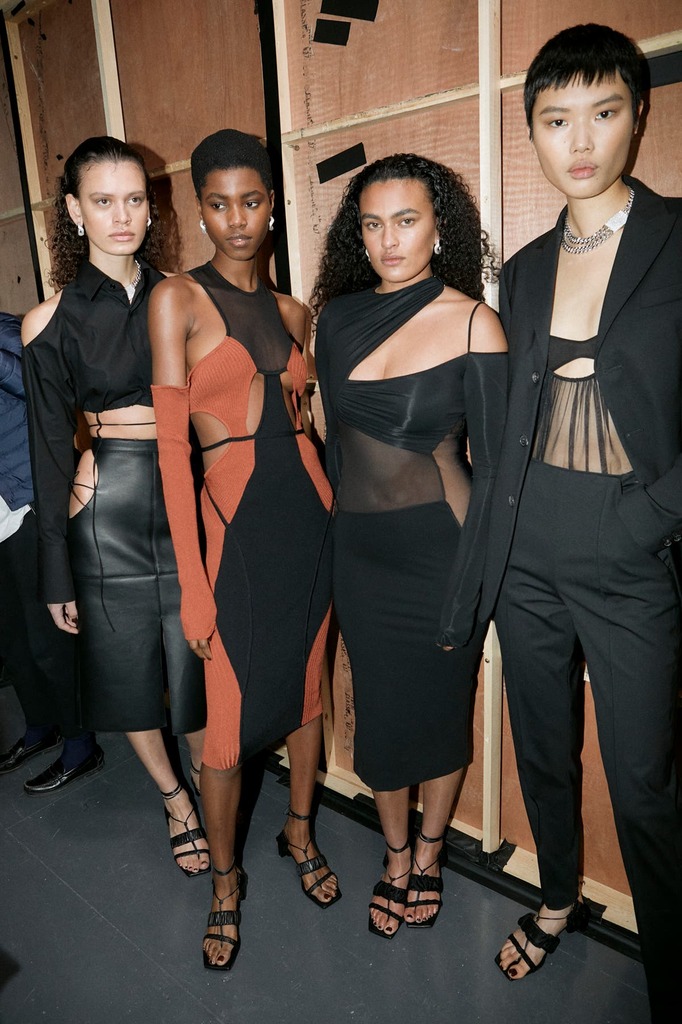 6 key catwalk trends to inspire your autumn/winter wardrobe
Take your cue from the hottest designer looks of the season, says Katie Wright.

Kim Kardashian took Milan by storm on Saturday, curating a new collection for Dolce & Gabbana that took inspiration from…

From kilts to biker jackets to the return of satin, Chloe Street and Joe Bromley have the key trends from…

‘One of the greatest to ever do it,’ one fan commented

The Independent UK
In Milan, Gucci, Sunnei and Missoni focus on transformation

Milan Fashion Week’s third day, mostly womenswear previews for next spring and summer, was all about transformation