Nottingham's LGBTQ+ clubbing scene is back again after 7-year absence 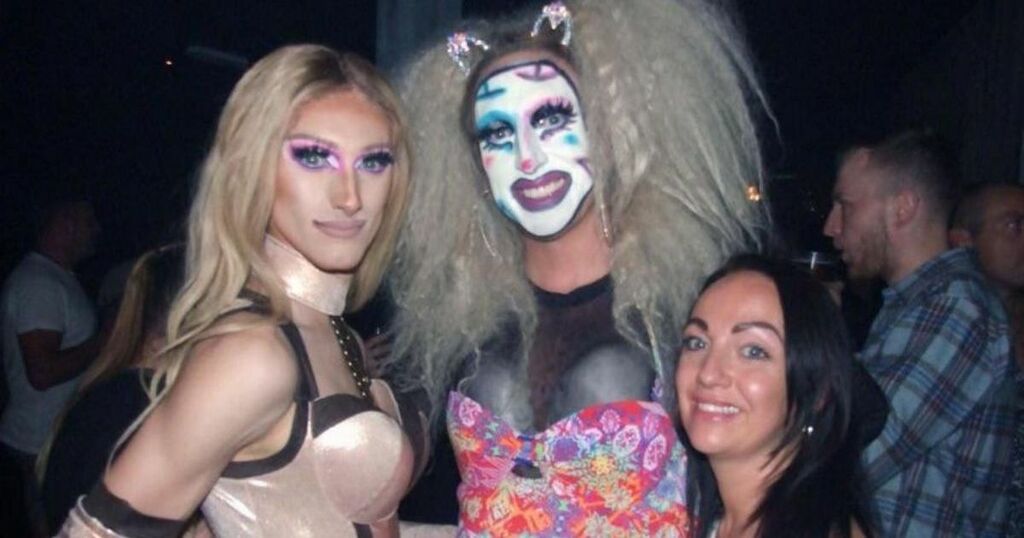 After nearly seven years without a dedicated venue in Nottingham, the city's LGBTQ+ community is celebrating returning to a familiar club. Reporter Gurjeet Nanrah spoke with an organiser who has helped get club nights for Nottingham's gay community going again.

Emma Woodcock, a former member of the management team at NG-One, remembers when the venue was a safe space for Nottingham's LGBTQ+ community to party hard every weekend.

Things have changed since then, but recent developments mean there is a lot to look forward to.

Back in 2014, NG-One in Lower Parliament Street officially stopped operating as a club solely for the LGBTQ+ community. It meant this space where people knew they could mingle with other like-minded folk was lost.

While bars such as The New Foresters on St. Ann's Street and the Lord Roberts on Broad Street remained for the community, the loss of a dedicated club was felt for years.

It led to the creation of a Facebook group - 'NG- the old gays' - where 1,900 share memories from previous years.

Last month, Emma, 35, who now works as a brand manager for 200 Degrees Coffee and identifies as LGBTQ+, was one of six people who helped organise a return of a frequent club night at the fondly remembered community.

Speaking to Nottinghamshire Live, she said: "I used to work at NG-One so I had some contact there. I think the place not solely being a gay bar anymore has really been felt by the community.

"10 years ago, the city had a real community that would go there every week. We felt like part of the venue.

"As more and more people from outside the community starting going to NG-One [then stylised as NG1], it lost that sense of being a safe space for gay people.

"People eventually started to stop going and as other bars closed, people lost that spirit. It was quite bizarre for a city like Nottingham with a great nightlife.

"It's a loss that we've never really been able to have an answer for and led to people joining the NG- the old gays Facebook group.

"I think it came about from feelings of nostalgia, but it was great to see the community come together again.

"I think people were a bit down in the dumps over lockdown and started sharing pictures and memories from nights back at NG-One. It led to more people being invited and talking to old friends.

"It's fantastic that it now has more than 1,900 followers and is expanding.

"People began to mention a reunion night and me and five other organisers started looking into it. We reached out to NG-One when we were still in lockdown and did a few polls to see what people wanted to see return.

"It had been eight to ten years since most people had been in there.

NG-One responded by allowing Nottingham's LGBTQ+ community to enjoy a reunion night at the club on Sunday, August 15 without charging for private use of the venue.

DJs and drag queens from NG-One's old days returned to the venue for the special reunion night.

The proceeds from the night were all donated towards The Spencer Trust - a Nottingham-based charity that works towards suicide prevention in the gay community and named after Duane Spencer, who took his own life in February 2020.

Emma spoke of the importance of the charity's cause as other members of Nottingham's LGBTQ+ community are aware of others with similar stories.

She added: "It was great to raise money for a cause so close to many of us. Duane was part of our community and many of us know others who had passed away too.

"It was a really special evening and it did well to bring people together again after Covid.

"We've seen it as a success and want to continue supporting suicide prevention in the gay community so we are organising a Christmas event on December 27 specifically for the LGBTQ+ community and to raise money for The Spencer Trust."

The club nights at NG-One have been organised by Emma alongside Jenna Lowry-Hubbal - also the founder of the Spencer Trust, Laura Wood, Scott Kirton, Hayley Millington, and James Albon.

Jason Massa, general manager at NG-One, said: "It was great to see the photographs and read the memories that were shared in the Facebook group and when calls for a reunion event began the NG-ONE team were pleased to offer our full support along with free use of the venue.

"We are delighted to have helped The Spencer Trust to raise over £6,000 to date, and look forward to raising more funds for them through future events, starting with our Pride Party which is to be held on Saturday, September 11 from 10pm – 3am."

Nottinghamshire Pride takes place this weekend on September 11 with a parade event at 10am starting at Albert Street by St Peters Church.