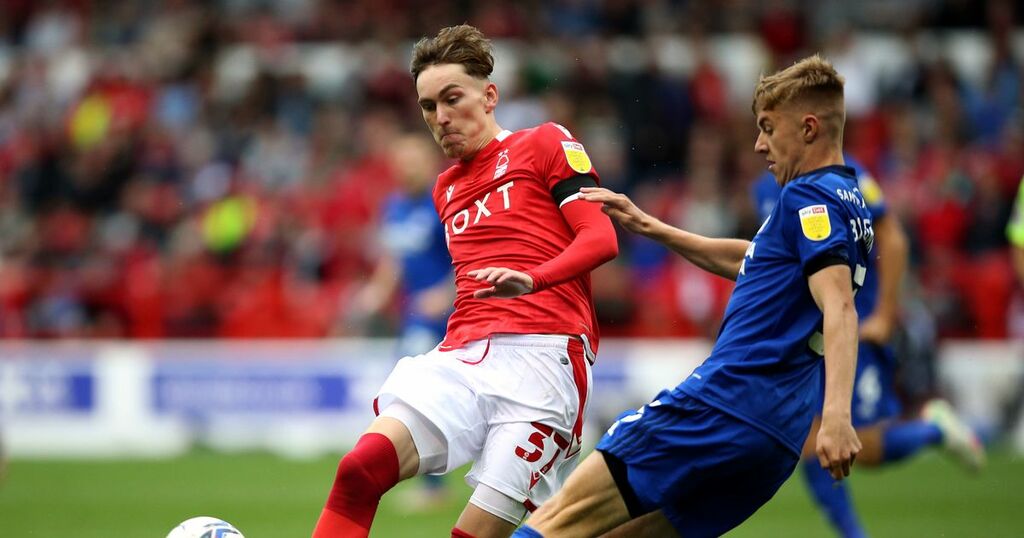 Nottingham Forest loanee James Garner has been linked with a move to Premier League Everton.

The Manchester United midfielder is on a season-long loan with the Reds in what is his second spell at the City Ground, after proving a big hit in the second half of last term.

But he has reportedly caught the eye of Toffees boss Rafa Benitez.

Freelance journalist Pete O’Rourke tweeted: “Everton are eyeing a move for Manchester United midfielder James Garner who has impressed again on loan at Nottingham Forest in the first half of the season.”

He did not specify whether Garner was being monitored for a potential switch this month or in the summer.

United do have a recall clause in his loan deal, but the 20-year-old has already made clear he is eager to spend the whole campaign with Steve Cooper’s side.

“Last season, I was moving place, moving clubs, moving locations; you’ve got to move everything and start over again, get used to a new team,” he recently said, reflecting on spending the first half of last season at Watford.

“I think it will help having a full year at one club.

“Getting used to things over and over again at different clubs can be quite tough.

“Having a year here makes it much easier.

“I was more than settled here last season as well.

“I’m quite an easy-going person, I can get on with most people, so the first week or two when I first came, I settled in straight away.

“Coming back, I already knew all the boys anyway, so that made it easy.”