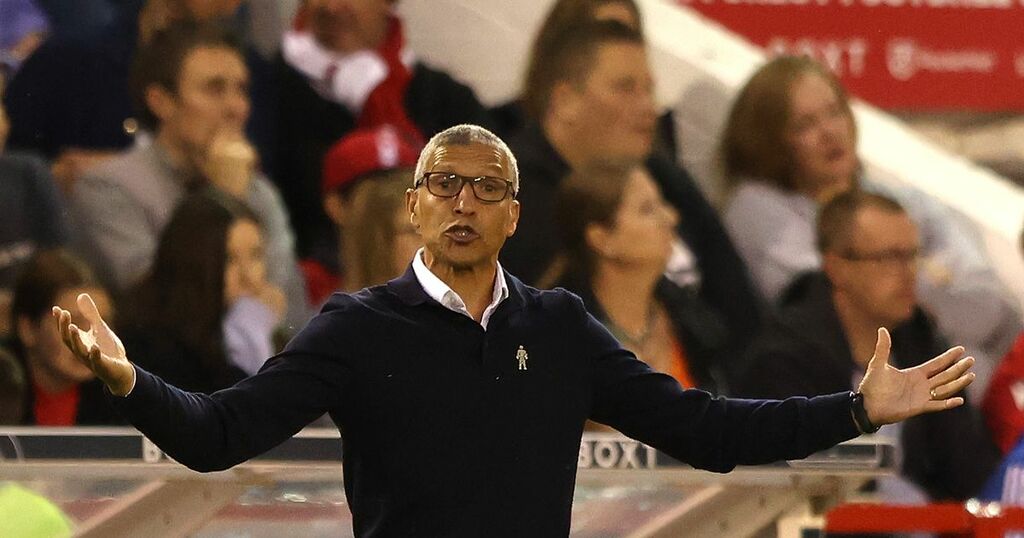 Nottingham Forest fans have given their reaction to the latest comments from manager Chris Hughton.

After less than a year in charge at the City Ground, the Reds ' boss is under increasing pressure following a forgettable start to the season.

Forest have picked up just a solitary point from their opening six league games of the season, leaving them bottom of the Championship table.

It has led to calls from fans that a change should be made, with the club finding itself in a similar situation to one year ago, when former manager Sabri Lamouchi was shown the door.

When questioned about the lack of progress, Hughton told NottinghamshireLive : “In some ways we have [made progress], I came into the club in a difficult period - and, also, a difficult season. We had a lot of good moments last year. We struggled to score the goals we needed, but we were able to put some good runs together of winning and not losing matches.

“Some of it does reflect back to me that if it was a season of having crowds - particularly with what we get at the City Ground - possibly it might have been a better season, with the type of momentum you would have got from the supporters.

“It’s difficult to talk about making progress. I think in some ways we have.”

Here’s what some fans made of the comments from the manager on NottinghamshireLive’s social media channels:

Kenneth Field : Made progress? In what way Chris? Downwards? Though pleased to see he's stating he's enjoyed his time as manager in the past tense

Mediawhy20 : The CEO has spoken about the direction of the club, well with CH as manager it is in the downward direction to League 1, A change is needed now in manager to give us any chance of avoiding the drop, and even now it will take quite a feat to stay up

Nick Brailsford : A lot of past tense references made in here

Richard Buck : If you call keep booting the ball in the air progress,the sooner the better

Dan Sempers : Progress down the league

There was also some backing the manager.

Howley5012: The real gamble is whether, having scraped together survival last season with an inherited troupe of journeymen, he can do better with players who we are not sure he had any say in acquiring.

Give him until Christmas during which time, if progress cannot be seen as players settle in, it’s over.

RedHope2: I would like to see all the Forest supporters get behind the manager and whatever team he puts out for the game against Middlesbrough. The negativity is not helping and anyone who was at the game on Sunday knows that we were playing much better than we have done recently until they scored.