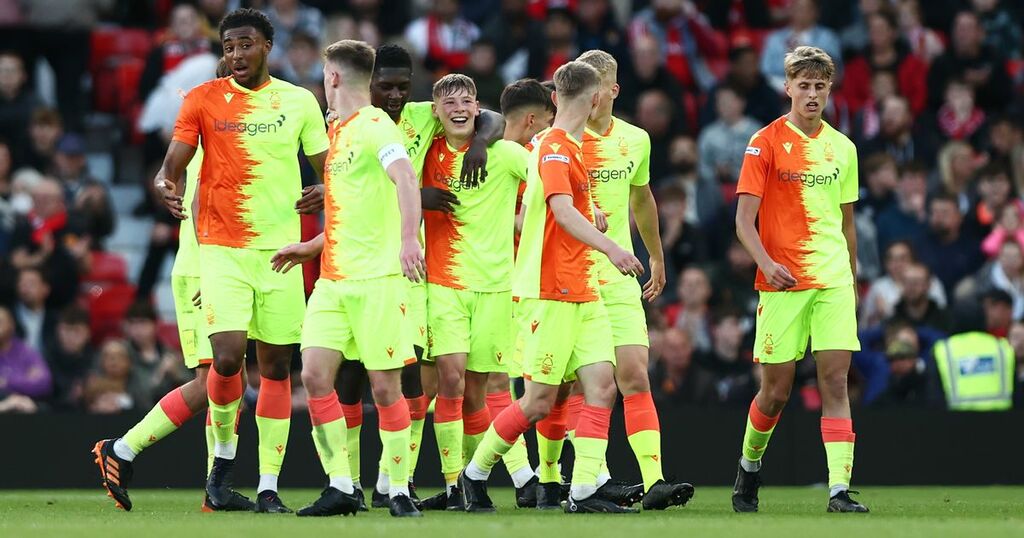 Boss Warren Joyce was left fuming at a penalty decision which proved crucial as Nottingham Forest Under-18s lost to Manchester United in their first ever FA Youth Cup final.

The Reds had come from behind at Old Trafford, to draw level through Josh Powell just before the break. But there was controversy in the second half when referee Josh Smith pointed to the spot with 15 minutes to go.

Zach Abbott was judged to have tripped Alejandro Garnacho. And although replays showed the foul clearly took place outside of the box, the United man converted from 12 yards to make it 2-1. He then added a second in added time to wrap up the victory in front of a record crowd.

Read more: How the Reds rated against Manchester United

“Individual errors cost us. We’re disappointed with the second one, because clearly he’s two yards outside of the box, and it was a crucial stage of the game,” said Joyce.

“Mistakes by our players, yes. But it’s not a penalty. In big games like this, it’s hard for the lads to take when they look back on that, at a time when the game could have gone either way. We’d had a couple of good chances at the other end, and were maybe unfortunate not to take the lead.

“It’s a poor mistake from us. You could say it’s a booking, or even a sending off. But it’s definitely not a penalty. In this day and age as well, when there’s all the technology available, I think it’s poor that in a final like this, it can scar lads for a long time.

“It’s not even close. It’s not like a hard decision. You’re looking along the line, the referee is close by and the linesman is looking straight along it - and there’s a line there.

“It’s not like one of the marginal ones, where you look with VAR and you’re looking an inch here or there. It’s blatant.

“That was frustrating. But the first goal was a mistake, and the second goal we’ve gifted them. They have got some excellent players, but they’ve not carved us open. The third goal makes it a bigger margin than it was.”

What did you make of the penalty decision? Have your say in the comments below