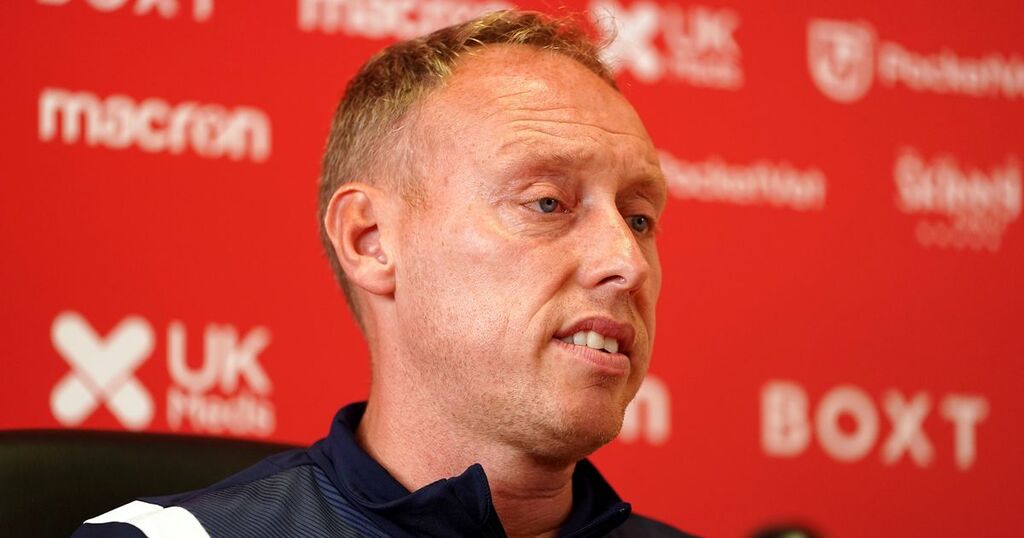 Nottingham Forest boss Steve Cooper says patience is required when it comes to summer signings Braian Ojeda and Mohamed Drager being in contention for the first-team.

The duo pulled on a Reds shirt for the first time before the international break when they featured for the Under-23s.

But Cooper says they are not quite ready yet for their Championship bows.

Both only recently linked up with the senior squad, having completed a period of self-isolation following their deadline day moves.

They have also been following specific individual programmes, on top of their group work, to help get them up to sharpness.

English football is a new experience for the duo, and for midfielder Ojeda in particular, there is the added adjustment of moving from a completely different part of the world, having come from Olimpia, in Paraguay.

“Braian and Mo are with the team, but are getting closer to being involved. They have played with the Under-23s,” said Cooper ahead of Saturday’s clash with Blackpool.

“They are part of the first-team training group every single day.

“I did allude to them doing some individual programmes when we spoke before the break, but that’s in addition to working with the team as well.

“They are very much part of the squad here.

“We’re just trying to get them ready so when they are called upon, they are as ready as they can be.

“We have to be a little bit patient with that, but he’s making good progress, he looks really happy, he’s fitted in well socially and from a football point of view.

Forest continue to be without Jordi Osei-Tutu (hamstring) and Loic Mbe Soh (thigh), with fellow defender Rodrigo Ely - who has yet to make his debut - adding to the injury list.

“There’s no real difference to where we were before the international break,” said Cooper.

“Rodri has had a little bit of a setback. He turned his ankle in training. He won’t be out for long, and hopefully we’ll see him in training again next week.

“We need to build him up to get close to being involved.”

The Reds were unbeaten in four prior to the fortnight’s hiatus, and had recorded back-to-back wins.

After a hectic start to the job, time on the training ground has been valuable for Cooper as he gets to know his players.

“I’d only had a couple of weeks with the players before the international break, so I’m learning about them every day anyway,” said the Welshman.

“Even if we had been playing games in the last couple of weeks, I’d still have been a bit further down the line with my understanding of them.

“I like a lot of meetings with players and to have a lot of conversations.

“You’re seeing them every day. You’re getting a feel of their characters and personalities.

“Regardless of if there was an international break or not, I’m learning about them every day.

“I’m really getting there with making my opinions on where I think we’re at. I’m still not there - there’s a long way to go.

“But that’s what we’re trying to balance at the minute - we want to make every day a good one, and we want to be more than competitive in every single game we play, but you’ve still got to work out where you would like to be. It’s like you would do in a pre-season.”

Are you looking forward to seeing Ojeda and Drager play? Have your say in the comments below