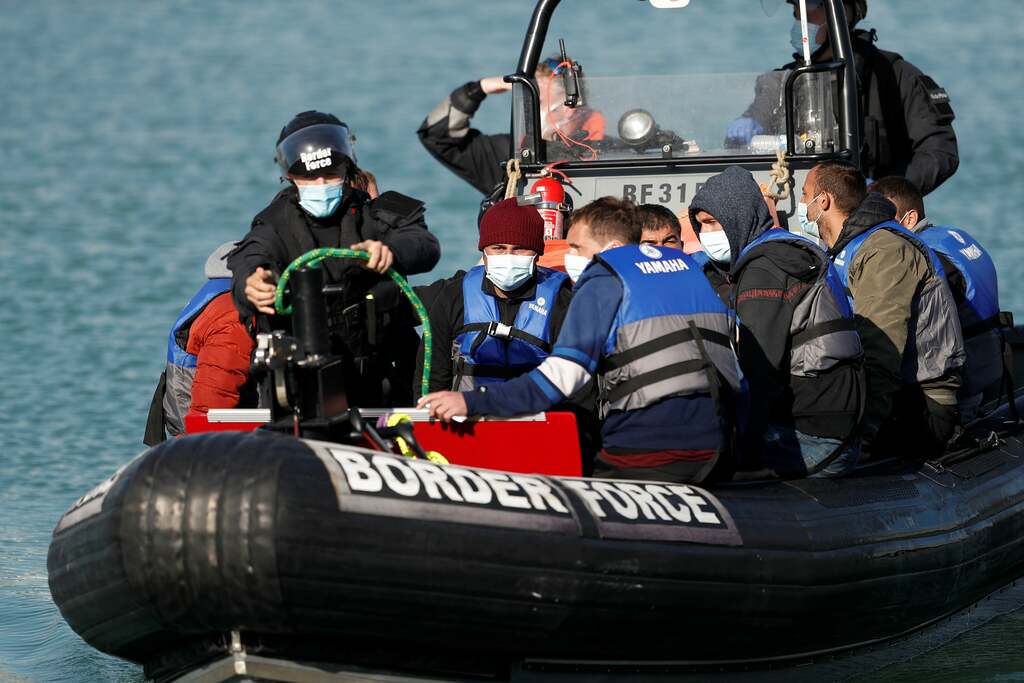 The government’s latest efforts to address migrant boats crossing the English Channel has sparked outrage, as the prime minister’s spokesperson suggested the new “turnaround tactics” are supported by the general public.

The UK Border Force is set to use the tactics to force boats back towards France, with Boris Johnson’s official spokesperson adding that the government is continuing to “evaluate and test a range of safe and legal options” to stop “dangerous” migrant crossings.

Speaking on Thursday, they went on to add: “We know this is a long-standing problem that the public expect us to address. It simply cannot be right that … criminal gangs are able to exploit our most vulnerable and put their lives at risk.

“It needs to be addressed. It’s what the public want, and it’s what we’re doing.”

Twitter, however, disagrees, with the hashtag #NotInMyName trending on the social media platform as people express their opposition to the “shameful” tactics:

Not me...I think it is shameful #NotInMyName https://t.co/tM9jsiZomV

Johnson has confirmed its new ‘Turnaround Tactics’ For migrant Boats. Stating “it’s what the public want”. Can every journalist, moral MP and citizen, directly challenge the Prime Minister on why he’s telling the world that WE want to threaten the lives of refugee.#NotInMyName

Member of the public here. Not a word, or a deed, or a policy, or even a scrap of paper from any member of the current Government represents what I want. #NotInMyName https://t.co/Xn72mNzldv

I don't want this. I've never wanted this. I never will want this #NotInMyName https://t.co/IygeCRSyhU

No.10 says the public wants them to push back refugee boats.

#NotInMyName. Pretty sick of the populist 'will of the people' trope. Who is this imaginary 'public' agreeing in consensus? Not in my name. https://t.co/xsCr1j7tCD

I to am a member of the public and I do not want this - Migrants over racists anytime, any day. #NotInMyName https://t.co/VMi2NJVPGX

Unethical, impractical, and probably illegal. I am a member of the public and I do not want this! #NotInMyName https://t.co/aE7kaDsFQr

The move has also been met with criticism from lawyers, charities and campaigners, with Steve Valdez-Symonds, from Amnesty International UK, describing the plan as “senseless, dangerous and almost certainly unlawful”.

“We all want the boats to stop but this plan massively increases the chances of families drowning at sea.

“The Government must do what is right and provide routes to safety such as family reunion schemes, humanitarian visas, and an ambitious and long-term commitment to refugee resettlement.”

News of the new tactic came after Priti Patel, the home secretary, met with French interior minister Gérald Darmanin on Wednesday to discuss “tackling illegal migration across the Channel”.

“I made clear that delivering results and stopping crossings were an absolute priority for the British people,” she tweeted.