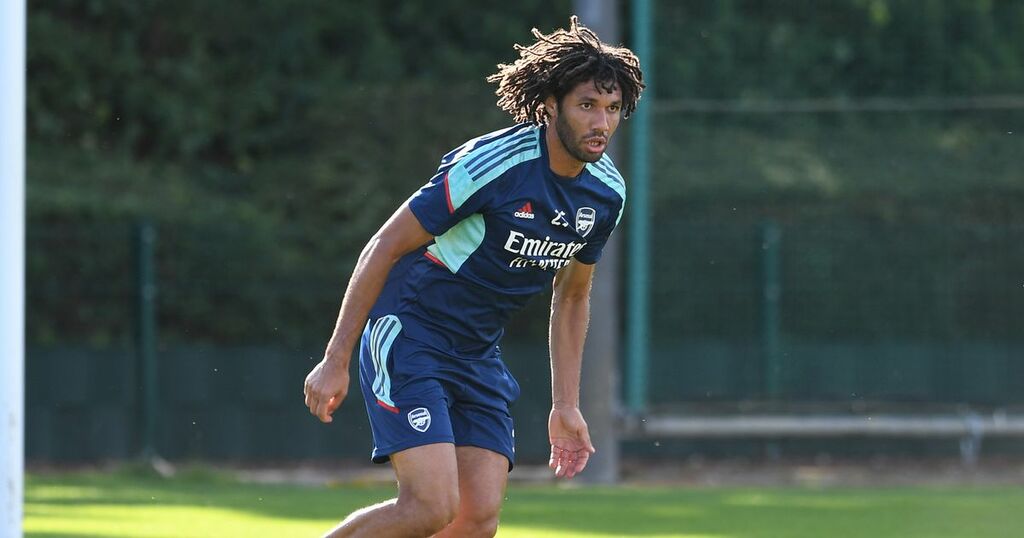 Arsenal fans have given a mixed response to the news that a bid for midfielder Mohamed Elneny had been rejected by the club, as reported by football.london on Tuesday.

The Gunners are open to selling the Egyptian but only for the right price. After blocking Ainsley Maitland-Niles' loan move to Everton on transfer deadline day, it signalled to many that Elneny's time at the club could be up soon.

Elneny made 44 appearances for Arsenal last term and won the club's goal of the season competition for 2020/21 with his strike against Dundalk in the Europa League, but many fans remain unconvinced by him.

However, others are extremely conscious of the club's lack of depth in the middle of the park. Albert Sambi Lokonga arrived from Anderlecht during the summer but remains a raw talent, while Thomas Partey is only now returning to training from injury.

Elneny was even substituted just 33 minutes into a behind-closed-doors friendly with Brentford on Thursday, although that is thought to have been after suffering a minor muscle injury.

Arsenal are still open to selling Elneny this summer and football.london understands two Turkish clubs remain interested, although Galatasaray are the only ones to make a formal offer at this stage.

Having spent the entirety of the 2019/20 campaign on loan with Besiktas, it is likely a destination he would be open to moving to. But any Turkish club has until the national deadline on Wednesday to complete any deal.

Take a look at what's been said on Twitter.

While Elneny could still depart the Emirates Stadium over the coming days, Partey's return to action over the coming weeks will be a big boost to the club, who are yet to see the best of the Ghanaian international since his arrival from Atletico Madrid due to injury problems.

The latest setback came in the Gunners' pre-season defeat to Chelsea on August 1, where he suffered an ankle injury that has kept him out of all three of Arsenal’s Premier League opening fixtures - three games that Arteta's side lost convincingly.

He has returned to full training this week, and could feature in the must-win clash with fellow early strugglers Norwich on Saturday.

As reported by football.london, Partey was expected to be back in action after the international break as he looks to be named in the squad for the weekend's Premier League match.