Hopeful home buyers have been warned that falling property prices won’t improve housing affordability, despite the average time taken to save a deposit blowing out to more than 11 years during COVID.

New data reveals that many households have gone backwards in their efforts to overcome the property deposit hurdle in the two years to March, with soaring house prices far outpacing income growth.

The time it takes to save a deposit rose at the fastest rate on record during COVID-19, CoreLogic and ANZ Bank said on Thursday, with the median measure of the time taken to save for a mortgage reaching an astonishing 11.4 years.

And there’s little relief in sight for prospective home buyers, who are contending with fast-rising rents and higher interest rates, both of which will eat into any relief associated with falling property prices.

“It will just shift the affordability challenge from the deposit hurdle to paying off the mortgage.” 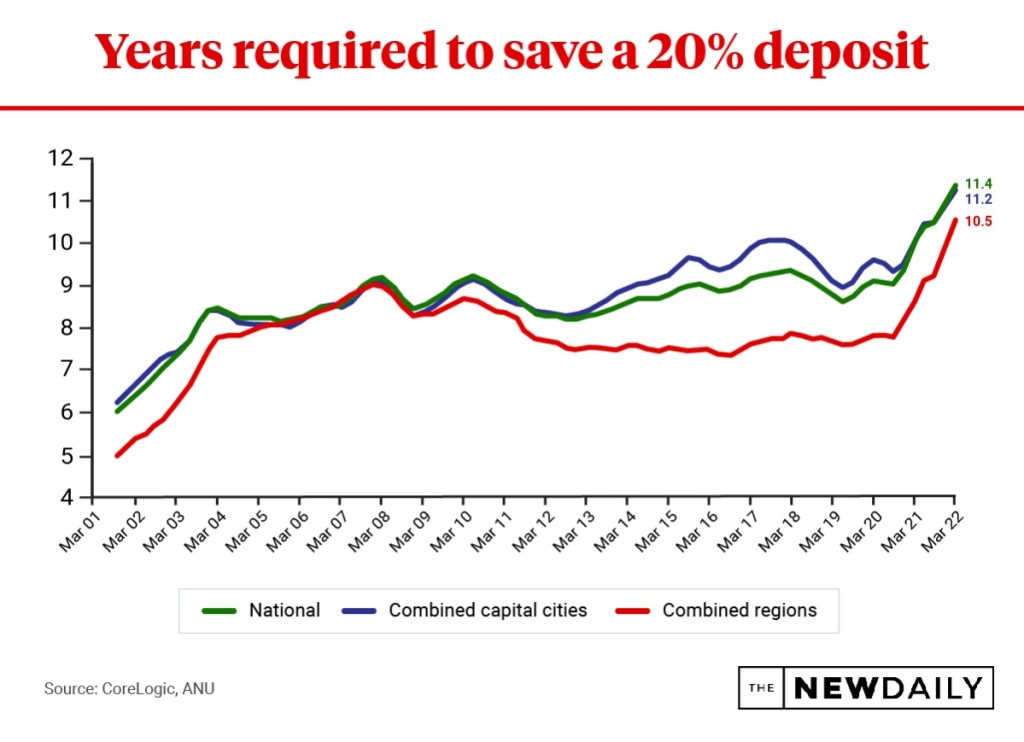 But buyers may find “windows of opportunity” to break into the market before rate rises set in, or even after the coming rate hike cycle finishes, when property prices have likely fallen, Ms Owens said.

Property prices have already begun to fall in Sydney and Melbourne now that the Reserve Bank has begun lifting interest rates for the first time in more than a decade.

With more rises to come as the RBA tries to subdue inflation, experts predict property prices will fall between 5 and 15 per cent (depending on who you ask) over the next two years.

However, the latest data shows that even such large price falls won’t necessarily improve the affordability picture for many households, because higher rates will reduce buyers’ borrowing power.

“Price falls against higher interest rates still mean your mortgage repayments will be higher, unless house prices decline by more than 20 per cent,” Ms Owens said.

“Higher mortgage rates will affect borrowing capacity and the cost of your debt.”

Analysis published on Thursday found that if rates rise by 2.25 percentage points and home prices fall 15 per cent, then the cost of a 20 per cent deposit for the median property will fall by more than $14,000.

But monthly mortgage repayments would rise by $285 under the same scenario, meaning home buyers would still pay many thousands of dollars more over the life of their loan.

And they would need to convince their bank they can afford to service this debt.

Unless house prices fall by 20 per cent or more, then housing affordability – measured by the multiples of annual income it takes to afford a mortgage – will worsen as rates go up, not improve.

Making matters worse, households renting while they save a deposit are being slapped by rapidly rising costs too.

Ms Owens said national median weekly rents rose $60 between August 2020 and March 2022, with falls in inner capital-city markets like Sydney and Melbourne more than offset by increases in regional markets.

Despite this gloomy picture for would-be home owners, Ms Owens said there should still be “windows of opportunity” to break into the market depending on your personal financial circumstances.

For example, buyers who have already saved a sizeable deposit and are in the market right now could benefit from securing a home before further rate hikes erode their borrowing power.

Likewise, households still saving a deposit may want to wait until property prices bottom out, because by this stage rate increases could already be baked in, making further rises less likely.

However, because the outlook for house prices and interest rates are so uncertain, buyers are advised to consider their options with qualified advisers before making any decisions.

Buyer’s agent Arjun Paliwal, who is head of research at InvestorKit, agreed there are still opportunities for buyers in the market now.

He said demand for properties, particularly in Sydney and Melbourne, is tailing off now that rates are rising, meaning there’s less competition across the market.

“It’s moments like now that offer buying opportunities because there’s less people per listing,” he said.

“The opportunities lie in where the sentiment is changing.”

But anyone who does take the plunge now should consider how their loan costs will change as rates rise over the next two years.

Currently the official cash rate, which feeds into home loan rates, is 0.35 per cent. But the RBA has suggested it could rise to 2.5 per cent. 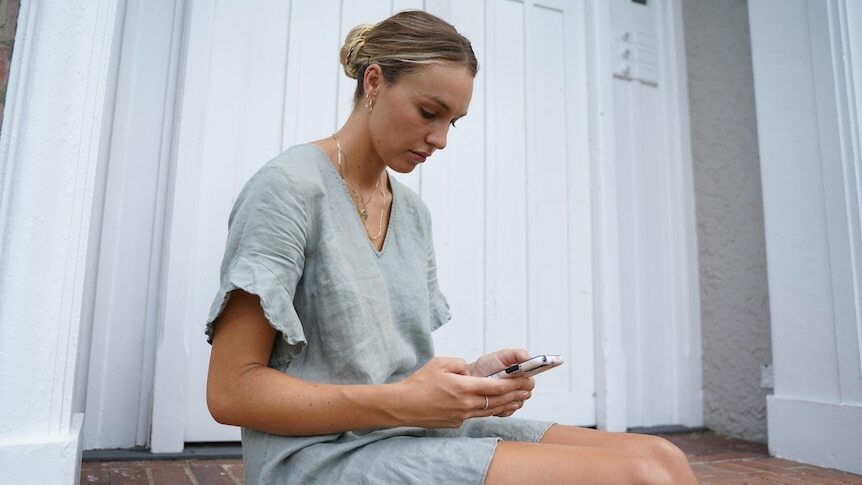 A decade of savings isn’t enough for most first home buyers, as deposits soar out of reach
While house prices are expected to fall nationally as interest rates continue to rise, that won't necessarily improve the plight…

ABC News
One subscription that gives you access to news from hundreds of sites
Newcastle housing less affordable than Greater Sydney: new report

Newcastle home buyers may need 15 years to save a 20 per cent deposit, the report says.

Newcastle home buyers may need 15 years to save a 20 per cent deposit, the report says.