Not meme, it’s a cruel joke 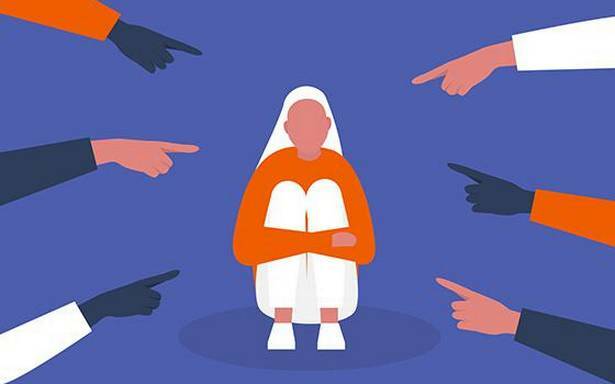 In April 2021, Ursula von der Leyen, the first woman President of the European Commission, was left without a chair at a summit in Turkey, in what is now known as sofagate. It was a startling display of how we still have a long way to go before women are treated as equals.

If this is how men deign to treat women on an international platform, I shudder to think of the plight of ordinary women in their daily lives. Ms. Von der Leyen, in an impassioned speech post-summit, made her take on the incident pretty clear — she deemed it as sexist.

There are millions of women across our nation who do not have the privilege that she has — women are unseen and unheard, until the abuse they are subject to escalates into some dastardly deed that shocks society. Soon, everybody springs into action — WhatsApp statuses are updated; poems are composed; Twitter and Insta “warriors” make themselves relevant; candlelight vigils are held; and of course, let us not forget the “not all men are predators” group and their ardent denials. As days pass, the furore dies down and people return to posting cliched, sweeping sexist memes about wives and girlfriends.

They may say that after all, it is just “innocent” fun. No, it isn’t. The underlying issue is that most of these memes portray women who speak their mind or stand up to men as overbearing. It is just patriarchy wrapped in so-called humour. It is lamentable that a major section of our comedy industry still rests on the misguided notion that misogyny, homophobia, body shaming, poking ridicule at mental disorders, and rejecting anybody and anything non-conforming, different or unique are hilarious.

“The business of being funny is no laughing matter.” Seriously, comedians, meme makers and content creators need to pause and think about what they say and how they say it. Nothing sexist can be swept under the rug as a joke. Not when women face abuse in their own homes; not when women are subject to oppression and suppression at the workplace; not when women are still judged as “asking for it” if they dare to wear something revealing, even if it is just a sleeveless top; not when the so-called freedom women possess is jut a polished veneer.

In this era of cancel culture, where a simple hashtag wields the power to make or break a person, it is time we made an informed choice not to propagate memes against vulnerable sections such as women and non-binary people.