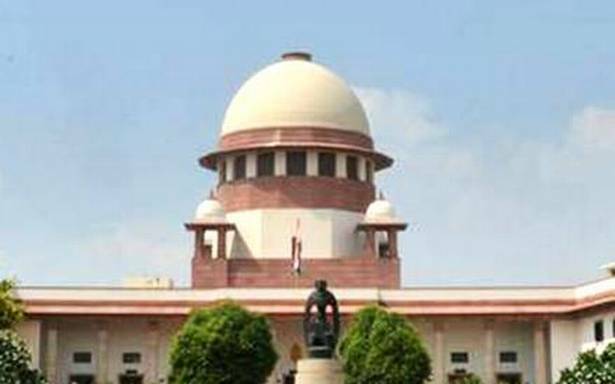 The Supreme Court on Tuesday told Tamil Nadu and Kerala that it was not there to “administer the dam” when a supervisory committee was already in place to examine the issue of safety of the Mullaperiyar Dam and the management of its water level.

“The safety of the dam is related to the management of the water level. A committee has already been formed for that... We are not here to do the administration of the dam,” Justice A.M. Khanwilkar, heading a Bench also comprising Justice Dinesh Maheshwari, said.

The court said it was, however, concerned about the safety, security and health of the people living in the vicinity of the dam. The Bench said it was, hence, willing to examine the dam strictly on statutory basis and would not dabble in the administration of the dam, which was the job of the committee.

The court asked stakeholders in the cases, including the two States, to finalise core issues for adjudication by the court by February. It adjourned the case to the second week of February.

In the previous hearing, the court had told Kerala and Tamil Nadu to not approach the court for every issue regarding the dam, urging them to behave like normal litigants and not use the court as a platform to score political brownie points.

The court had said the States should approach the Mullaperiyar issue in a dispassionate manner and take decisions in a consensual manner.

It has been constantly reminding the two neighbours that the Supreme Court should not be compelled into the day-to-day management of the dam.

The court’s stern words had come after Kerala filed an application complaining that Tamil Nadu was releasing water from the dam at the middle of the night without any prior warning, endangering the lives of thousands living downstream. Kerala said Tamil Nadu should inform 24 hours before opening the shutters to release water.

The court had said it was up to the supervisory committee to consider the need for release of water from the dam and when or how it should be released.

“Political statements are being made here and such statements cannot be made in court. Let there be a dispassionate approach. Applications cannot come here on a daily basis. This is all generated by somebody’s ingenuity,” Justice Khanwilkar had remarked.

Tamil Nadu, in an affidavit, had said the safety of the dam was supported by reports of the expert committee and the empowered committee after extensive study. It said the height of storage level of the dam at 142 ft. was endorsed by the Supreme Court in 2014 in a judgment.

Kerala, in turn, had demanded a reconsideration of the rule curve as the dam is situated in a seismic zone. It had accused Tamil Nadu of adopting an “obsolete” gate operation schedule dating back to 1939.