Not easy voting green: Germans wary of getting climate bill 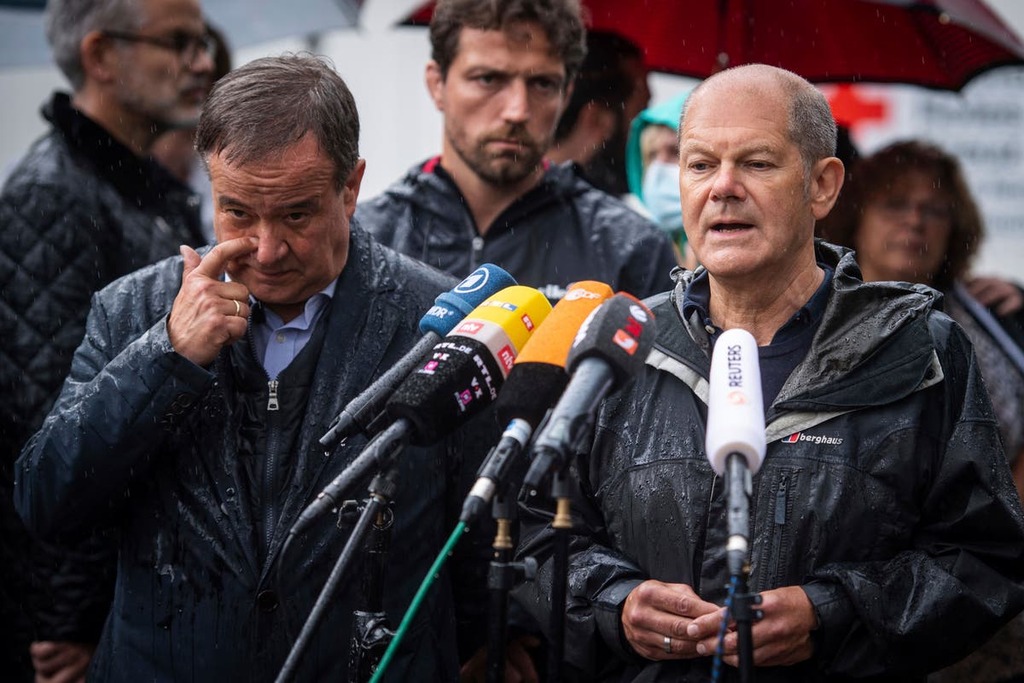 It's a scorching September day and the Green party candidate hoping to succeed Angela Merkel as German chancellor leaps on stage in front of hundreds of supporters for what should be a home run.

Surveys show climate change is among the top concerns for many voters, and the audience in the eastern city of Halle is made up largely of students and retirees eager to hear how Annalena Baerbock plans to safeguard their future — or that of their grandchildren.

The Greens have long championed the fight against global warming. Ahead of Germany's Sept. 26 vote they offer arguably the most comprehensive program for making Europe s biggest economy carbon neutral, with a mix of government incentives and penalties for polluters.

But while voters readily admit they are worried about the state of the planet, especially after the deadly floods that hit Germany in July, many are wary of committing to the kind of radical transformation required — fearing the bill they might receive for it.

The audience responds with polite applause; a listener then asks her about people in rural areas who worry that the changes required to combat climate change — such as banning cars with combustion engines — could threaten their way of life.

Baerbock says she wants electric vehicles to be affordable for everybody within a decade, if necessary with a subsidy of up to 9,000 euros (over $10,600) for low earners, but some are skeptical.

“They don’t say enough where the money is going to come from," said Sonja Solisch, a health care worker.

Solisch sympathizes with the Greens' goals but says voters like her have other worries too.

A survey this month for public broadcaster ZDF found climate and environment ranked as the most important election issue for 38% of respondents — ahead of the coronavirus pandemic and migration. The same poll, a representative phone survey of about 1,250 voters with a margin of error of 2 percentage points, showed the Greens trailing the center-left Social Democrats and Merkel's Union bloc.

Steffi Lemke, a long-time Greens lawmaker, argues that the two governing parties are shying away from telling voters the brutal facts about climate change, including about the cost.

“The problem is that it will be far more expensive if we do nothing," she told The Associated Press, citing the 30 billion euros that federal and state governments recently agreed to spend on rebuilding western regions hit by devastating flash floods this summer. “If we don’t change the economy and our society, it’s going to be unaffordable.”

The party, which wants to earmark 50 billion euros a year to make the country cleaner and more equitable, has attracted large donations from rich individuals worried about climate change.

In April, a bitcoin millionaire gave half his fortune to the Greens in the hope that they will regulate the energy-hogging virtual currency.

This week the party received a record donation of 1.25 million euros ($1.48 million) from Steven Schuurman, the Dutch founder of software company Elastic.

“It’s very obvious that Germany is a political and economic force to be reckoned with in Europe and the world” he told the AP, adding that the Greens offer “pragmatic solutions" to the climate crisis.

Baerbock, who at 40 is significantly younger than her two main rivals, cites a recent U.N. report showing that time is running out to prevent catastrophic planetary warming. She urges her audience in Halle to reach out to colleagues, friends and family — even their ex-spouses — to drive home the urgency of electing politicians willing to tackle the problem.

“I honestly don’t want my children, who are 6 and 9, or your children and grandchildren, to ask us in 20 years’ time: ‘Why didn’t you turn the rudder around back then?’”