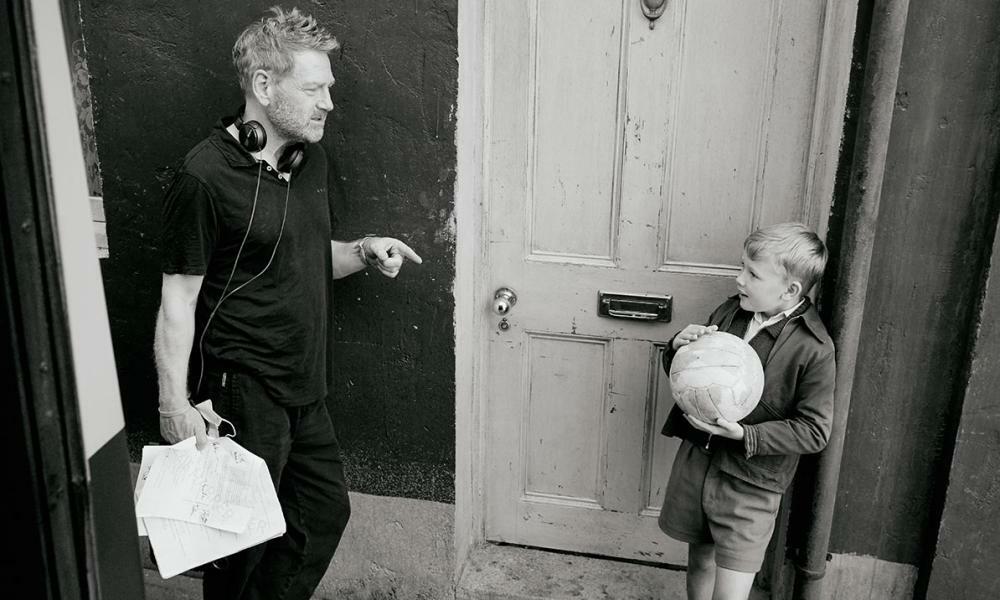 Kenneth Branagh’s new autobiographical film, Belfast, is tipped for Oscar glory, but his home town will not be happy if it’s in the foreign language category.

Hollywood reviewers who have lauded the film’s storytelling and acting complain the Northern Ireland accents are difficult to understand and require subtitles.

One critic said Branagh’s move to England when he was a boy “spared” him the accent and put him on the path to filmmaking success.

The comments this week prompted indignation and eye-rolling in Northern Ireland.

“Our accents, no matter how strong or pronounced, are nothing to be ashamed of. They are part of us; they tell the tale of where we’re from,” said the Belfast Telegraph. “To dress the accent up or to slow down the speech just to make it easier for the American audience to understand would have been an insult to the people his film, Belfast, seeks to portray.”

Ewen Glass, a screenwriter from County Antrim, told the paper that Branagh kept faith with his family’s working-class origins.

“To adulterate such a personal story by using more middle-class or posh accents would have been to do it a great disservice. Hollywood is not au fait with working-class accents, but it should be. It’s exposed to lots of different accents and I dare say would understand a posh Irish accent easily enough.”

The film did not need subtitles, Glass said. “Five minutes in, you get a feel for an accent, no matter where it is from. It’s about being willing to get on board and engage.”

The film, which stars Jamie Dornan, Judi Dench, Ciarán Hinds and Caitríona Balfe, depicts the Branagh family at the dawn of the Troubles in 1969. Jude Hill plays the nine-year-old Branagh, who observes the explosion of violence and the family’s agonising over whether to move to England. Shot in black and white, it had been compared to the Oscar-winner Roma.

“Young Hill is a marvelous camera subject. Unfortunately, he also speaks in a thick Irish brogue that is not always easy for American ears to comprehend. Some of the other actors are equally difficult to understand. This is a movie that definitely would benefit from subtitles,” said the Hollywood Reporter.

The reviewer for Variety said he had not realised Branagh, who has played Henry V, Hercule Poirot and Laurence Olivier, was from Northern Ireland. “Maybe that’s because his family got out and moved to Reading, England, when he was nine years old, just as the Troubles were coming to a boil, which spared him the accent and what could have been a premature end.”

Willie Drennan, an Ulster Scots folk musician from County Antrim, said he learned to modulate his mid-Ulster accent and idioms while living in Canada and the US. “I quickly realised that I had to change the way I talked. I found myself repeating my sentences quite a lot and clarifying things in standard English.”

Drennan once angered a Canadian woman by referring to a neighbour as “your man up the road there”, which she interpreted as an allegation that she was having an affair with him. “Her face went bright red and she told me in no uncertain terms that John up the road was not her man.”

The clip for Branagh’s film, which is to be released later this year, suggested a “pretty tame” version of Belfast accents and speech patterns, said Drennan.

Films and TV shows with accents from other parts of Ireland such as Normal People (Sligo), The Young Offenders (Cork) and Derry Girls have also prompted calls for subtitles. The hybrid Derry-American accent of Girls Aloud singer Nadine Coyle resulted in subtitles when she appeared as a guest judge on America’s Next Top Model.

The makers of the 1996 film Trainspotting, about Scottish drug addicts, briefly considered adding subtitles for its American release.