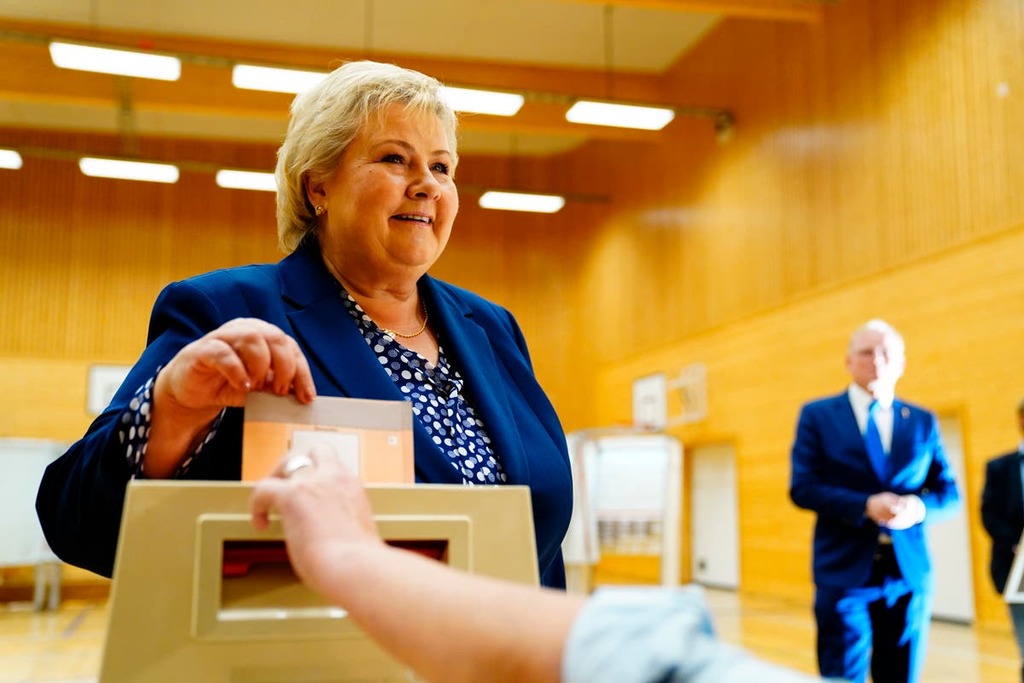 Voting is underway in Norway, in a parliamentary election that has focused largely on climate change and economic inequality.

Norway is western Europe’s biggest producer of oil, exporting more than four million barrels of oil equivalent per day. The sector accounts for 42 per cent of the country’s exports, employs 160,000 people, and last year, brought in 107bn Norwegian Krone (£8.95bn) to government coffers.

The role that the Scandinavian country has played as a major oil and gas producer has been at the centre of the campaign, although the transition towards more sustainable energy is likely to be gradual, regardless of which major party forms the next government.

According to opinion polls, Norway’s centre-left Labour Party is expected to replace the Conservative government that has ruled for the past eight years, but it will require the support of at least two additional parties to secure a majority.

Labour leader Jonas Gahr Stoere has said that if Labour win, he wants to give oil companies time to adapt their processes gradually to enable them to pursue green energy initiatives such as offshore wind turbines. This is similar to the strategy that prime minister Erna Solberg’s Conservative government pursued.

Throughout the campaign, Mr Stoere also said that a Labour government would focus on cutting the country’s CO2 emissions in line with the 2015 Paris Agreement, but has rejected any ultimatum over energy policy.

After casting his ballot on Sunday, he told reporters: “I believe that calling time on our oil and gas industry is the wrong industrial policy and the wrong climate policy”.

Mr Stoere has also pledged to address inequality by providing tax relief to low- and middle-income families whilst hiking rates for the rich.

According to Statistics Norway, the proportion of Norwegian children living in low-income households has grown from just 3.3 per cent in 2001 to a staggering 11.7 per cent in 2019, and over the past 30 years, house prices have climbed sixfold, outpacing average salary growth.

“Equal rights and equal opportunity have to be secured,” he told Reuters. “Inequality has been increasing over the last years. So fairer distribution is a foundation of our policy and that will be felt.”

But the prime minister, who cast her ballot in her hometown of Bergen on Monday, said that her government’s current economic policies were effective and should be continued.

“Our policies are working, employment is going up … so we should continue them,” Ms Solberg told reporters after casting her vote.

If Labour is to form government, Mr Stoere has said that he hopes to form a majority government between Labour, the Centre Party and the Socialist Left. Depending on the polls, however, he may end up dependent on the Red Party, which wants social change based on Leninist ideology, or the Green Party, which hopes to stop all of Norway’s oil production by 2035. Mr Stoere has also not ruled out the possibility of leading a minority government.