Northern Territory police have located five-year old girl, Grace Hughes, who has been missing for nearly a fortnight in an alleged child abduction.

Police allege Grace was taken without permission by her mother Laura Hinks, also known as Laura Bolt, during a supervised parental visit in the Darwin suburb of Berrimah on the afternoon of August 7.

Grace is receiving a medical check but is physically in good health, NT Police said in a statement.

Her mother is currently assisting police with their inquiries.

Authorities said on Thursday that a group peddling "ideologies and false information" was also behind the alleged abduction.

Speaking to reporters in Alice Springs, Detective Superintendent Kirsten Engels said Grace was handed over to police in Darwin about 10am on Friday.

"We're still building a full picture of what's occurred ... but I can tell you that she's safely home now," she said.

Police did not respond to questions about where Grace been.

Detective Superintendent Engels said one person is in custody, with many others helping police with inquiries.

"We believe that a person connected with [a] group that has taken responsibility for the alleged abduction and concealment of Grace was the person who handed her in this morning," she said.

"We're very, very grateful that the community came to the party and provided us with many leads of inquiry.

"All of them were followed."

Earlier this week, NT Police joined forces with the Australian Federal Police and other agencies to escalate their hunt for the young girl.

NT Police made the claims about a group peddling "ideologies and false information" over the alleged abduction in a statement.

Detective Acting Senior Sergeant Jon Beer described the conduct of the group they claim to be potentially involved as "despicable".

"Anyone who is found to have harboured those who abducted Grace will face significant charges before the courts," he said.

Another Darwin woman, 50-year-old Juliet Oldroyd, was on Saturday charged with child abduction in relation to the disappearance of Grace.

Ms Oldroyd faced Darwin Local Court on Monday, represented by her husband Craig and flanked by a group of supporters.

Mr Oldroyd told the court he did not have any legal qualifications, but later told media outside court that he had contacted an "international human rights lawyer".

Police have thanked members of the community who provided information. 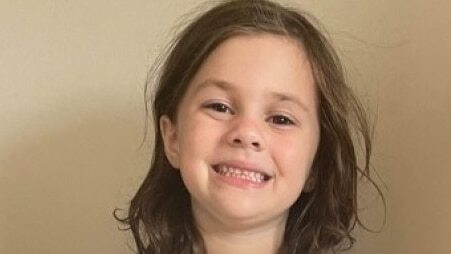 ABC News
From analysis to the latest developments in health, read the most diverse news in one place.
Second woman charged over alleged abduction of five-year-old Grace Hughes after little girl handed over to police

Northern Territory Police have established a task force as they step up efforts to find abducted five-year-old Grace Hughes.

ABC News
One place to find news on any topic, from hundreds of sites.
Man arrested over suspected abduction and sexual assault of six-year-old girl in Manchester