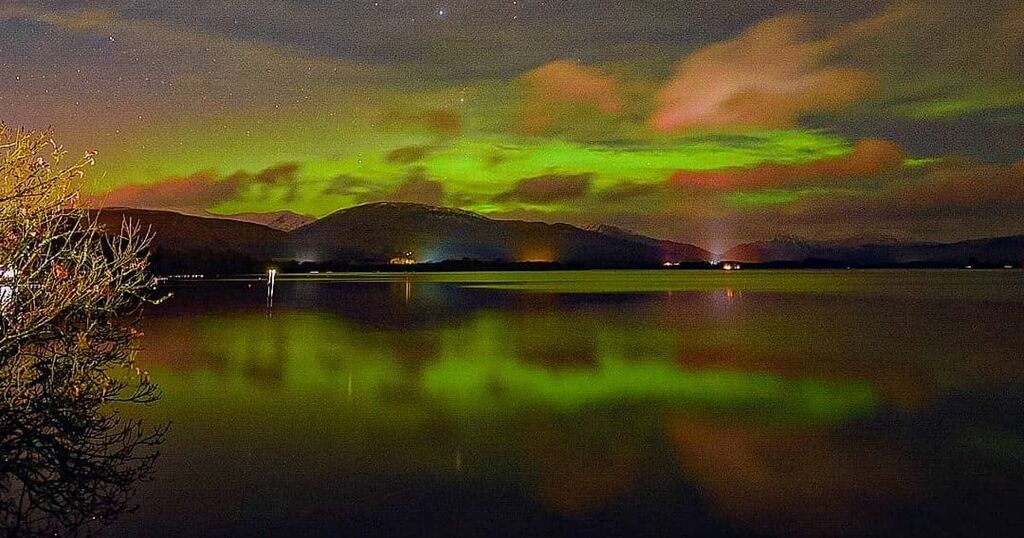 The skies across Scotland were lit up with hues of green and pink over the weekend as the Northern Lights put on their first major show of the year.

Ideal conditions meant the 'Mirrie Dancers' - as they are known in Scotland - were spotted properly for the first time in 2022.

Between December and January is the best time to see the breathtaking phenomenon meaning over the next few weeks we should be able to see them clearly across much of the northern part of the country.

However, the weekend saw them spotted as far south as the north of England.

Thankfully, Scots were on hand to snap some stunning shots of the natural spectacle.

Craig Mackenzie snapped this atmospheric shot of the sky tinged a beautiful pale green over the skies of Backwater Dam in northwest Angus.

Mikey Rennie watched on as the sky above Aberdeenshire turned a spectacular green.

BBC Springwatch presenter Megan McCubbin was delighted to see them with her own eyes above the Cairngorms, she posted her photo to Twitter writing: "It was completely unexpected so I didn’t have my ‘proper’ camera but it was absolutely stunning."

Lisa Pattenden was able to snap them on a late-night walk in the snow.

Wildlife photographer Sam Langlois (@Naturalist_Sam on Twitter) was delighted to snap the chartreuse hues of the Aurora over the Northern coast, describing it as the "one of the best shows" he'd seen.

A Twitter user called @AnIllicitWriter captured this time-lapse and all we can say is WOW!

Taking their name from Aurora (the Roman goddess of dawn) and Boreas (the Greek name for north wind), the lights are caused by solar activity.

Charged particles in the solar wind collide with the earth's magnetic field, which pulls them north and south to the poles.

This means that Scotland is one of the best places in Europe outwith Scandinavia to see them.