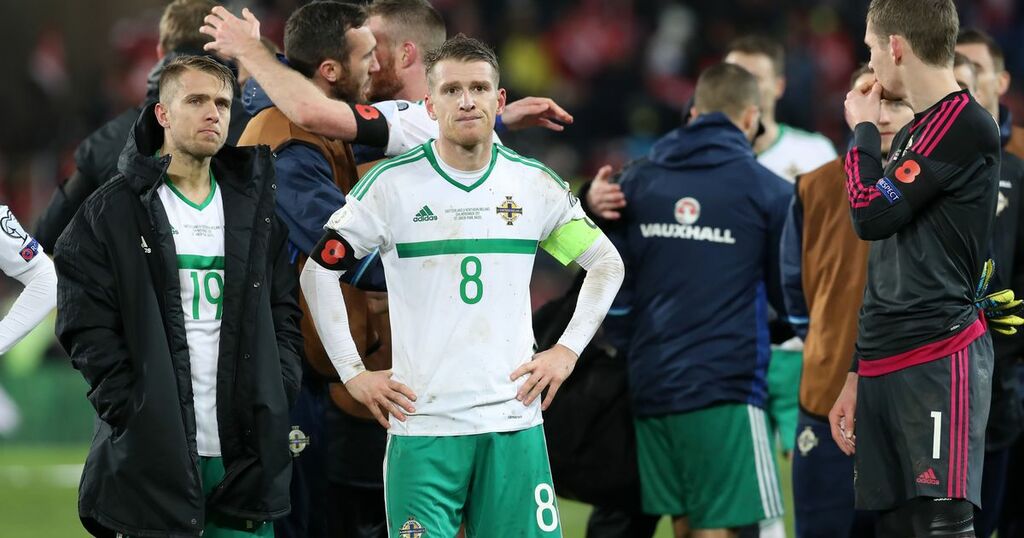 Steven Davis is refusing to court victimhood or mould a narrative of revenge ahead of tonight’s crucial World Cup qualifier with Switzerland in Belfast.

Almost four years on from THAT play-off defeat to the Swiss, the Rangers star has shrugged off talk of a “grudge match” under the Windsor Park lights.

Yes, the dismal memory of a horrendous penalty call for a Corry Evans handball that never was in front of the Railway End in 2017 still lingers. It still stings.

Not least because Davis’ 100th cap was overshadowed by controversy as the Swiss went on to pip Michael O’Neill’s men to the 2018 World Cup with a narrow 1-0 aggregate win.

But the 36-year-old midfielder, as measured and unflappable off the pitch as he is on it, hasn’t the personality or inclination to harbour resentment two campaigns later.

In any case, 27 caps, 138 club appearances and a stream of other memories have cascaded under the bridge since that devastating Windsor night in November 2017.

Time is a great healer.

“We won’t be losing any energy looking for revenge,” said Davis, who alongside Kyle Lafferty is one of only two starters from 2017 available to Ian Baraclough this evening.

“I think we’ve all kind of moved on from that now. It was a disappointment at the time because of how close we came to achieving a lifelong dream.

"We know the importance of it and what it could do for us in terms of the group. If we get the right result, it will put us in a really strong position.”

A win would propel Northern Ireland from fourth to second in Group C, above Switzerland on goals scored, with four games to play.

With a runners-up berth securing a play-off for next year’s finals in Qatar, Baraclough and his players would be right in the mix at the midway point of the campaign.

“The ultimate goal is to get to a major tournament again and that’s our focus,” said Davis, who captained Northern Ireland at the Euro 2016 finals in France.

“We know how difficult it is to achieve but we want to be in a position where the remaining games in the group are important. We’ll have to be at our best but it’s a great carrot to be able to put ourselves in a decent position in the group.”

Northern Ireland boast momentum having won three of their last four games, including two wins in this international window.

Last week’s 4-1 qualifying win in Lithuania, achieved without a raft of key players including Jonny Evans and Stuart Dallas, was backed up by a 1-0 friendly win in Estonia.

“There’s a lot of confidence in the group off the back of those two results and hopefully we can carry that into this game,” said Davis.

“We know Switzerland will be another step up in terms of quality but we have our fans back and we want to play with energy.”