SAN JOSE, Calif. — The Dixie fire had burned more than half a million acres across Northern California as of Wednesday, but light winds helped to stave off the intense growth that pushed flames into Lake Almanor towns last week.

The enormous wildfire — now the state’s second-biggest of all time — had charred 501,008 acres of land and was 30% contained Wednesday morning, according to the California Department of Forestry and Fire Prevention, or Cal Fire. Most of its overnight expansion occurred after it jumped containment lines northwest of Chester and to the northeast moving closer to Janesville.

Even as it reached that milestone, however, fire officials said they were optimistic about the blaze’s slowing rate of growth: It has added just 10,000 acres or so daily since the start of the week, after jumping by more than 100,000 acres in 24 hours last Friday.

Thanks to light winds lasting from Sunday through Wednesday, firefighters have been able to beef up containment lines running all along the western flank, said Cal Fire spokesperson Rick Carhart. Evacuation orders for all communities in Butte County were reduced to warnings Tuesday.

“The growth that we’ve seen has been terrain and fuels-driven,” Carhart said. “The wind hasn’t really been driving this fire at all.”

That’s a stark contrast from recent fire behavior. Starting mid-last week, wind gusts of about 30 to 40 mph whipped across the region, sparking spot fires that quickly exploded and propelling flames past containment lines into unburned islands of vegetation. On Aug. 4, the fire made an unexpected run through the Plumas County town of Greenville, razing most of the town to the ground and horrifying the surrounding Lake Almanor communities.

Over the weekend, however, a thick smoke blanket known as an “inversion” settled over the hard-hit area, cutting off sunlight and calming down the flames’ erratic behavior during the daytime hours. Smoke billowed into the San Francisco Bay Area and choked the nearest cities of Chico, Redding and Red Bluff.

A high-pressure ridge now moving inland from the Pacific Ocean was expected bring warm temperatures into Northern California, said National Weather Service meteorologist Scott Rowe. Across the fire’s footprint, temperatures could range from the 80s to more than 100 degrees in the Feather River Canyon, where the blaze broke out nearly four weeks ago just above the Cresta Dam.

Winds were on average less than 10 mph across the fire region Wednesday — and forecasted to remain that way through Saturday — with westerly gusts of about 20 mph traveling from the valley up to mountaintops, Rowe said.

While the stable weather is a boon for firefighting, last week’s gusts weren’t “extraordinarily strong” for this time of year — but they coincided with hard-to-reach terrain and extremely dry vegetation that fed the wildfire, Rowe said.

“That goes to show what kind of fire season we’re entering, and that the fuels are very dry,” Rowe said.

More than 6,000 personnel are now assigned to the Dixie fire — about half of all firefighters assigned to blazes in the state — while crews have counted more than 1,045 destroyed structures since it started.

The fire’s behavior has been so unruly that Cal Fire scrapped its previous expected containment date and does not currently plan to issue another, Carhart said. On Wednesday, crews planned to clear as much debris as they could from the west shore of Lake Almanor to allow residents to return there as soon as possible. 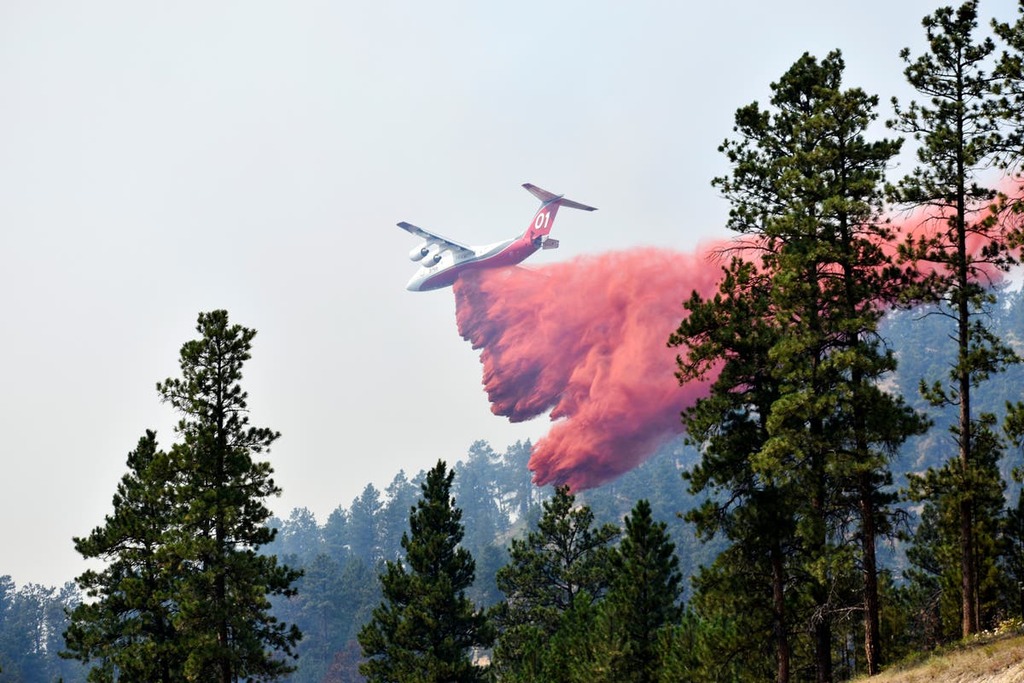 A wildfire bore down on rural southeastern Montana towns as continuing hot, dry weather throughout the West drove flames through…