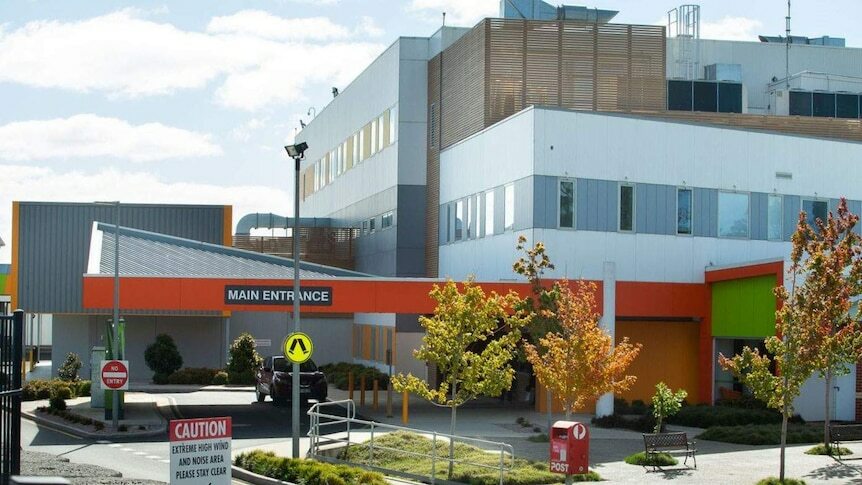 Some elective surgeries at a major hospital in Tasmania's north-west have been suspended due to severe staff shortages caused by positive cases of COVID-19.

Today, Tasmania's deputy secretary of the Department of Health Dale Webster said 90 staff at the North West Regional Hospital in Burnie were unable to work either due to being infected with the virus, or being a close contact.

As a result, Mr Webster said the hospital had escalated to Level 3 of its COVID management plan.

"Outpatient and elective surgery activity will be reduced, with outpatient services for urgent and category 1 patients to be moved to telehealth over the coming days.

"The hospital is implementing strategies to increase workforce capacity, including staff to reconsider leave arrangement and exemptions in line with the public health order."

Those impacted by the changes to elective surgery will be contacted by the Department of Health today.

The North West Regional Hospital (NWRH) was the site of the country's first major COVID outbreak at the start of the pandemic.

The state government closed both the NWRH and the nearby North West Private Hospital, with members of the Australian Defence Force called in to deep clean the hospitals in April 2020.

The closure also forced between 4,000 and 5,000 Tasmanians into two weeks of quarantine as part of the shutdown, including 1,200 hospital staff and their households.

Twelve of Tasmania's 13 COVID deaths stemmed from the north-west outbreak, which was found to have likely started from the ill-fated Ruby Princess cruise ship.

While Mr Webster said there had been no transmission of the virus at the North West Regional Hospital, he said he understood the news would cause concern amongst staff and in the broader community.

"There are no further formal visitor restrictions at this time, however, we do ask people to only visit the hospital if necessary," he said.

"We're taking steps to responsibly manage the impact of COVID-19 on the hospital, including staffing levels, so that we can maintain the core functions and continue — particularly the emergency care functions — of the hospital."

There are currently 188 healthcare workers across Tasmania who are COVID-positive, including paramedics.

Yesterday state and territory leaders announced a plan to ease quarantine requirements for essential workers, including healthcare staff, who are considered close contacts.

From midday today, these workers are able to apply for an exemption to the seven days mandatory isolation, and instead return to work once they provide a negative rapid antigen test.

Tasmanian Premier Peter Gutwein said this should help ease the pressure on the state's hospitals.

"That's why we introduced the exemptions yesterday."

Early last month the government promised the facility would open before Tasmania dropped its border restrictions with Victoria, New South Wales and the ACT on December 15.

Labor's health spokeswoman Anita Dow said the community had been let down.

"Here we have a facility sitting empty that north-west Tasmanians could have access to today to provide care and support, at their time in need when we're seeing cases grow," Ms Dow said.

"We're undertaking repairs to the roof, and once those repairs are completed, we'll be in a position to actually open that facility," Mr Webster said.

"Of course, it will only open if we have cases."