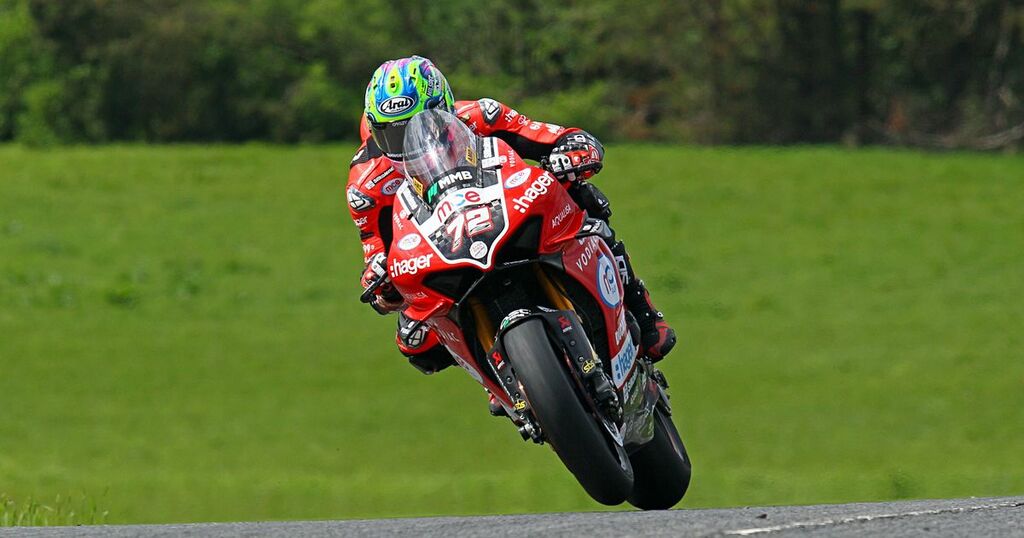 Belfast Docks was a wall of noise on Thursday afternoon

Belfast Live
One subscription that gives you access to news from hundreds of sites
North West 200: Glenn Irwin to the 'four', but now he wants five and six

Alastair Seeley was starting to feel like the "forgotten man" as he sweated over a ride for the North West 200.

Despite being the event's most successful rider, it took an 11th-hour deal to secure his entry at this year's international road race.

The Carrickfergus rider has teamed up with Graeme Hanna's IFS Yamaha outfit and will ride in the Superbike, Supersport and Superstock classes.

And despite claiming he is "flying under the radar" this week, the 42-year-old is determined to add to his record tally of 24 wins on the 8.9-mile Triangle circuit.

"And then there was a press release sent out for the North West, and after that it must have sparked people's memories.

"Maybe people thought, 'flip, that man can ride. Let's get him sorted out'.

"So I was happy to get the deal sorted.

"You quickly get forgotten about. You're only as good as your last race. And not racing in England or being on the TV every week, people soon forget about you.

"But it is what it is and we are going back. It would be worse sitting on the sofa doing nothing."

Seeley is proud of his 24 wins at the North West, a record he hopes to add to over the coming days.

He has two rides on Thursday evening in the Supersport and Superstock classes, and another four opportunities on Saturday including two Superbike races.

"The North West is a special week, and having that title as most wins and most successful rider is brilliant," he added.

"It would be very difficult to have missed out and not got the chance to add to those wins.

"Now I am going back it would be nice to get a few wins. I still feel competitive on the bikes and things have been going quite well at home.

"But the proof will be in the pudding during race week."

Seeley believes the Supersports offer him the best chance of success.

"The 600 probably suits me better, having raced on it in England for so long. Being small in stature probably helps too with the bike," he said.

"But Lee Johnston seems to be the man to beat, going off his recent rides in England and setting a new lap record at Oulton Park and finishing on the podium.

"So he will probably be the man with a target on his back. It makes a change with me having a target on my back.

"I am going in under the radar this year.

"The other riders have a lot more mileage on their bikes so they have that advantage."

Seeley - who won the 2021 Ulster Superbike and Supersport Championships with Graeme Hanna's team - added: "I had to squeeze in a few more laps on the Superbike before the North West. When I was racing at home I was only riding the Superstock bike.

"The Superbike was getting built, but I got a run out on it recently and then last weekend again. Then it was up to the North Coast.

"It was good to get on it as you don't want to head to the North West with a brand new bike you know nothing about.

"It will be what it will be when the races arrive. But a good qualifying session helps, and I have been doing a lot of studying, watching onboard cameras and things like that.

"You need to familiarise yourself with the place again after three years out. The brain hasn't been at that speed for a while."

Belfast Docks was a wall of noise on Thursday afternoon

Belfast Live
One subscription that gives you access to news from hundreds of sites
North West 200: Glenn Irwin to the 'four', but now he wants five and six