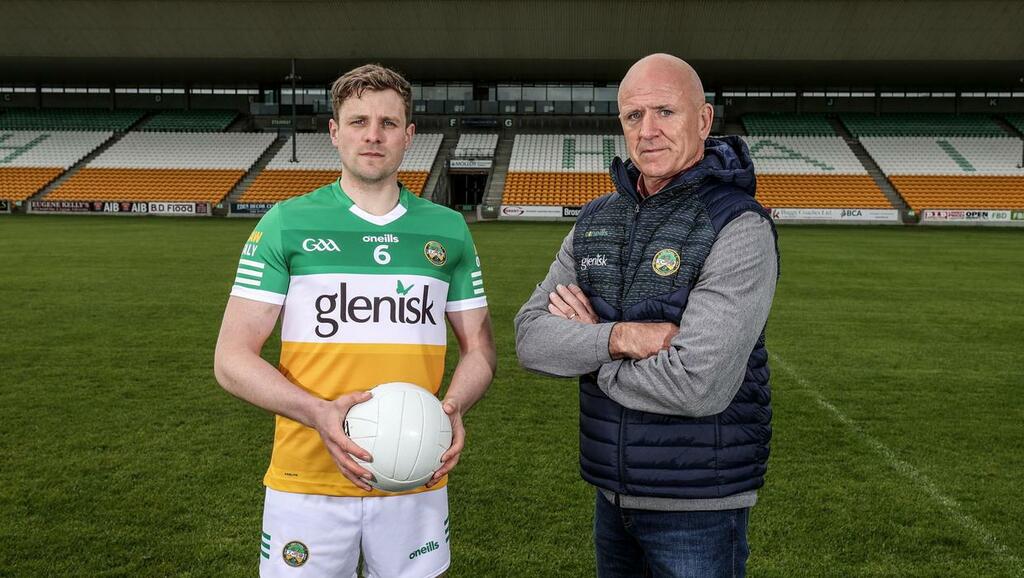 The Guardian - UK
Read news from The Economist, FT, Bloomberg and more, with one subscription
Learn More
Verstappen Targets Title Initiative at Scene of Teenage Triumph

Offaly manager John Maughan has said that the north-south carve-up for the Tailteann Cup takes from the concept.

Fifteen participants, including Offaly, are already confirmed for the second tier competition and will be joined by Tipperary and Westmeath should they lose their respective provincial semi-finals this weekend.

The draw for the first staging of the Tailteann Cup, which will be played on a knockout basis, takes place on Monday morning and preliminary round ties, if necessary, will be played the following weekend.

The first round proper will kick in on May 28/29 but pairings for that stage of the competition will be made on a geographical basis, similar to last year’s truncated League groupings.

“I was surprised,” said Maughan at the launch of Offaly’s new sponsorship with Glenisk. “Somebody alerted me. I didn’t hear Andy Moran being interviewed after the Connacht Championship game last weekend but somebody said it and it was news to me.

“I said, ‘I don’t think that’s right’. Then my daughter said to me on Tuesday, she said she saw something on social media – ‘here you are’. And I brought this with me to Kilcormac on Tuesday night and sat down in the dressing room - I was there early - to review it. And there it was. So that was my first knowledge of it.

“I do think it takes from it, being honest.”

Maughan also said the lack of clarity over when teams are in action is unhelpful.

“I’m very confused in so far as I don’t know whether we will have a game on May 21, do we have a preliminary round or are we out the following weekend?

“That’s unfortunate and there is no clarity around the situation. I know it’s a moving feast as it’s in for Division Three and Four teams unless they get into a provincial final and we have that scenario with Westmeath and Kildare and a similar scenario with Limerick and Tipperary and New York get two byes. It’s a little bit unfortunate that we don’t have certainty as to when we’re playing. It’s a little bit of an issue.”

The merits of the competition have been questioned and it remains to be seen whether players will buy into it on a large scale but Maughan is a fan of the concept, pointing to the developmental value in winning All-Ireland B titles when in charge of Clare and Fermanagh.

“Winning that All-Ireland ‘B’ championship was absolutely fantastic for us at the time, it was the first title they won in 70 or 80 years and we got an enormous kick out of it.

“I feel once a Division Three or Four team embraces the competition in the way it deserves to be, I think it’s fantastic preparation for the following year and a great opportunity to play football and play games, if you are lucky enough to get a run to the semi finals or final.

“I think for the likes of Offaly and particularly Division Three or Four teams, and I’m only speaking from my own perspective, I think it should be embraced and I think it’s a fantastic idea.”