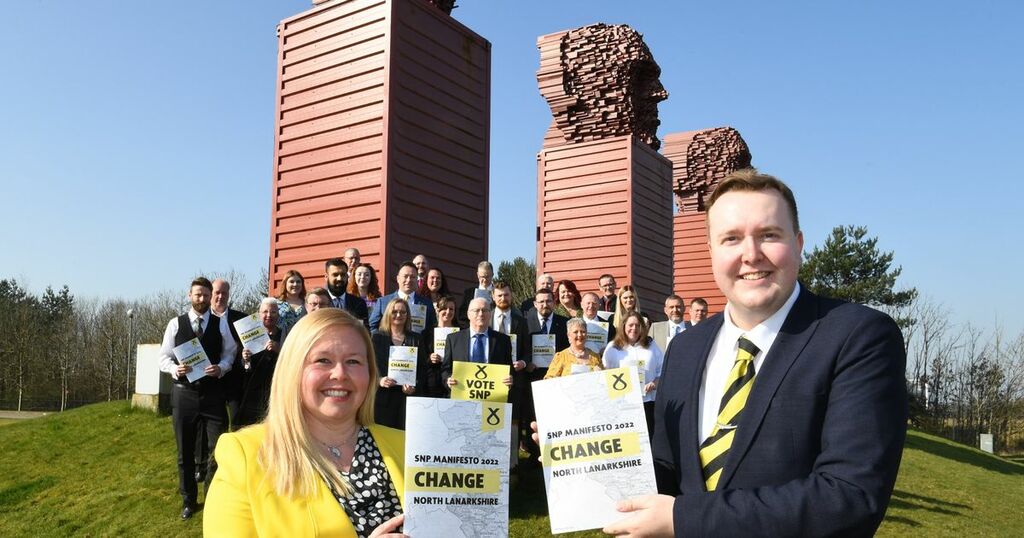 North Lanarkshire SNP announce bid to form next council administration
The Nationalists have been returned as the largest party, but are just short of the 39 seats required for an…

AN ultra-Unionist party has taken a seat from the Tories in a devastating upset for Douglas Ross’ party.

The National (Scotland)
Scottish Elections 2022: What time will the results be announced today?

The SNP are the largest party in North Lanarkshire following the council elections, finishing with 36 seats to second-placed Labour’s 32.

Both groups now say they intend to attempt to form administrations, with the outcome now in the balance until members vote for a council leader and provost at their first meeting later this month.

Five Conservative members were elected – down from 10 at the 2017 election – along with two independents, one British Unionist and North Lanarkshire’s first-ever Green councillor.

SNP leader Jordan Linden, who retained his Bellshill seat in Friday’s penultimate declaration, told Lanarkshire Live how his team was heading straight from the count to the Civic Centre to discuss plans to form the next administration.

He said: “Clearly the SNP has won the election in North Lanarkshire, as we did in 2017; that confers with it the right to form an administration, and that’s exactly what we’re going to do.

“We’re going to exercise every sinew that we have in trying to form an administration – we have 36 seats and are some distance away from Labour, as four seats is quite a gulf in terms of electoral results and is more than last time.

“The next steps for us are to gather to assess what we’re going to do, to talk to everybody across the board – with the exception of the Conservatives, I’m ruling that out immediately.

“It’s quite early in the day but we are going to look to like-minded people and those across the board to try and form an administration. That’s our next step and we’ll see where that goes.

“The thing that’s absolutely clear at this election has been a rejection of the Tories in North Lanarkshire and the Tory-made costs of living.

“We want to form an SNP administration and get on with delivering our policies; our task is to make that happen and it’s now down to me and the team elected to bring all of us together to build a better North Lanarkshire.”

North Lanarkshire’s election result of “no overall control” with no party reaching the 39 seats needed for an outright majority replicates the result in 2017, when the SNP gained 33 seats on election day to Labour’s 32 – but it was the latter who went on to form a minority administration for the past five years.

Labour group leader Jim Logue told Lanarkshire Live after today’s count: “All 77 [councillors] have been elected as members of North Lanarkshire – there’s no one that’s more than the others and clearly [the administration] has to be a majority decision in the chamber.

“People will understand that 36 [seats] doesn’t give you a working majority so therefore it’s incumbent on all to reflect on the outcome today and take positions thereafter. Obviously people have to talk if nobody is over 39.

“I do think the Labour administration has a very impressive track record and there’s a clear vision there going forward – on social housing, schools, recycling, town centre remodelling. We’ve got very clear plans and will continue with those.”

He added of the election outcome: “I’m a bit disappointed that we lost some good, valued and experienced councillors; I’m disappointed for them as they’ve done a lot of work but that’s democracy.”

Former provost Barry McCulloch returned to the council in Cumbernauld East after losing his seat five years ago; while elsewhere in the town, SNP member Cathie Johnston lost her seat in Cumbernauld South, while retiring Cumbernauld North councillor Calum Currie of the Conservatives is replaced in the ward by his brother Gordon.

Labour member Peter Kelly, formerly of Fortissat, lost out in his bid to switch to represent the Airdrie North ward – and nearly a third of the members heading to the crucial first assembly of the new North Lanarkshire Council later this month will be new to their roles.

North Lanarkshire SNP announce bid to form next council administration
The Nationalists have been returned as the largest party, but are just short of the 39 seats required for an…

AN ultra-Unionist party has taken a seat from the Tories in a devastating upset for Douglas Ross’ party.

The National (Scotland)
Scottish Elections 2022: What time will the results be announced today?