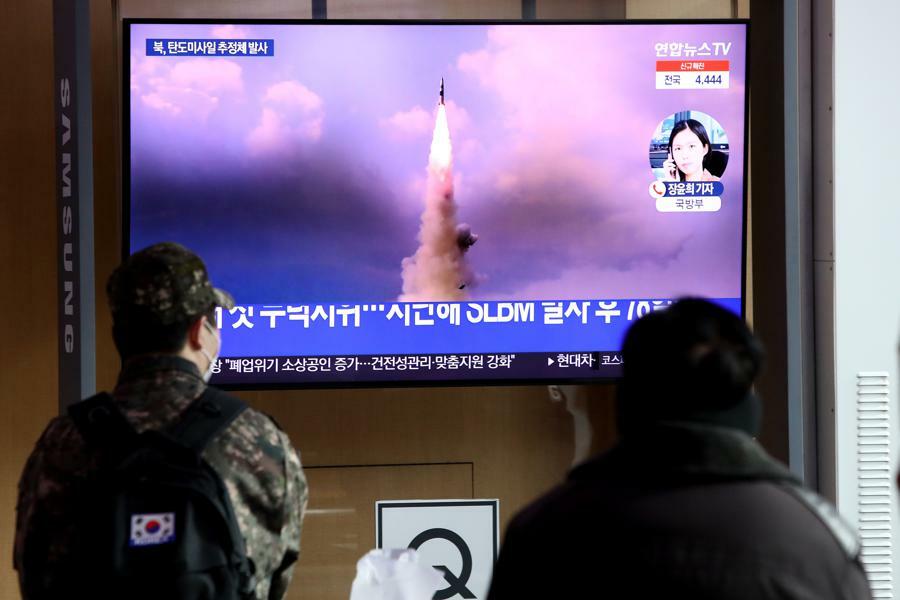 North Korea on Friday fired an “unidentified projectile” in what is believed to be its third missile test this month, according to the South Korean military, just hours after Pyongyang threatened strong action against the Biden administration’s fresh sanctions.

The South Korean Joint Chiefs of Staff said the unidentified projectile was fired eastward from North Korea, but did not give further details, Yonhap News Agency reported.

According to Reuters, the launch was also detected by the Japanese coast guard which reported that it may have been a ballistic missile.

Friday’s launch is the third weapons test carried out by North Korea since the start of the new year.

In a statement released earlier Friday, North Korean officials attacked the Biden administration for issuing fresh sanctions, referring to them as acts of “provocation.”

Pyongyang claimed the ongoing missile tests were part of North Korea’s efforts to modernize its defence capability and did not target any specific country.

“It shows that the present U.S. Administration is talking about diplomacy and dialogue, but actually resorts to the policy for isolating and suffocating the Democratic People's Republic of Korea…If the United States takes such attitude of confrontation by all means, we cannot but make a stronger and clearer response, the statement stressed,” a North Korean Foreign Ministry spokesperson said in a statement.

This is a developing story.