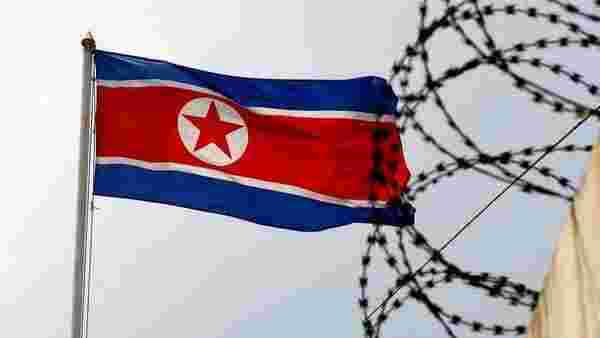 The haul marked a 40% increase from a year before, the report from blockchain research firm Chainalysis released Thursday said, adding that the attacks primarily targeted investment firms and centralized exchanges.

“These behaviors, put together, paint a portrait of a nation that supports cryptocurrency-enabled crime on a massive scale," it said.

The amount reported by the research group equals roughly 1.5% of North Korea’s economy in 2020 and would likely account for more than 10% of its annual military budget. The money North Korea gets from cyber crimes helps it “fund government priorities, such as its nuclear and missile program," the U.S. Office of the Director of National Intelligence said in an unclassified report in 2021.

Chainalysis said North Korea made use of phishing lures, code exploits, malware, and advanced social engineering to siphon funds. “Once North Korea gained custody of the funds, they began a careful laundering process to cover up and cash out."

North Korea is stealing a growing variety of cryptocurrencies, the report said. This has increased the complexity of its money-laundering operations, which have grown more cautious with each passing year, it added.

The report comes as North Korea ratcheted up pressure over sanctions, saying in a Friday dispatch from its Foreign Ministry, it would unleash “stronger and certain reaction," if the U.S. tried to impose more economic pressure.

After North Korea conducted two tests this month of a new hypersonic missile system designed to use high speeds and maneuverability to evade U.S. interceptors, the U.S Treasury Department designated five North Koreans living overseas -- one in Russia and four in China -- for aiding the country’s nuclear weapons and ballistic missile programs.

Kim has shown little interest in the U.S.’s calls to return to nuclear disarmament talks that have stalled for nearly three years. The Biden administration has indicated it could offer financial rewards in return for verifiable disarmament steps.

The North Korean regime has tried to fill its coffers through two main avenues of sanctions dodging, the U.S. and United Nations have said. The first is cybercrimes. The other is the ship-to-ship transfer of commodities such as coal: A North Korean vessel will shift its cargo to another vessel, or the other way around, and both vessels typically try to cloak their identity.

At present, North Korea has more than 6,000 members in its cyberwarfare guidance unit, also known as Bureau 121, according to assessments in U.S. and South Korean unclassified defense reports.

The U.S. government has been going after alleged North Korean agents, filing criminal complaints against people who, it says, illegally obtained confidential data from Sony Pictures Entertainment Inc. in 2014 and stole $81 million from Bangladesh’s central bank in 2016. North Korea has denied any involvement in those hacks.