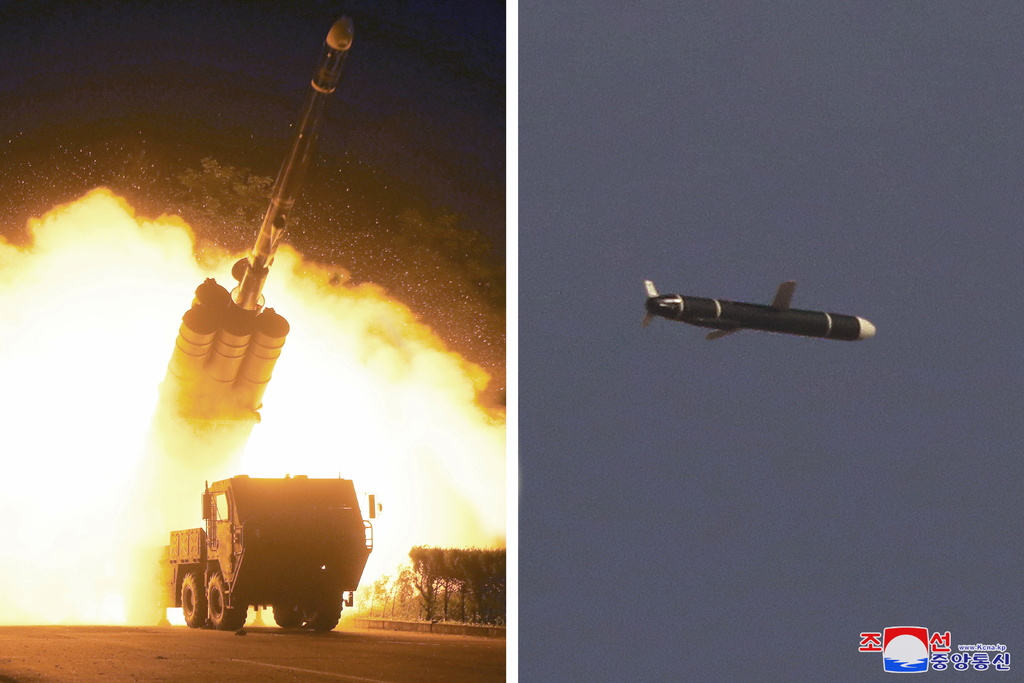 North Korea says it has carried out a series of successful tests of a new long-range cruise missile over the weekend, as the country continues to expand its military capabilities amid stalled nuclear talks with the United States

The Korean Central News Agency said on Monday the cruise missiles, which had been under development for two years, successfully hit targets 1,500km (930 miles) away on Saturday and Sunday before falling into North Korean territorial waters.

The North hailed the missiles as a “strategic weapon of great significance” that meets leader Kim Jong Un’s call to strengthen the country’s military might.

“This would be the first cruise missile in North Korea to be explicitly designated a ‘strategic’ role,” said Ankit Panda, a senior fellow at the US-based Carnegie Endowment for International Peace. “This is a common euphemism for nuclear-capable system.”

Japan’s Chief Cabinet Secretary Katsunobu Kato told reporters Tokyo was “concerned” over reports of the test and that it would work closely with the US and South Korea to monitor the situation.

The US Indo-Pacific Command said in a statement the test “highlights North Korea’s continuing focus on developing its military programme and the threats that poses to its neighbors and the international community”. It stressed that US commitment to the defence of South Korea and Japan was “ironclad”.

South Korea’s Joint Chiefs of Staff (JCS) said an in-depth analysis was under way in close cooperation with US intelligence but declined to confirm details, Yonhap news agency reported.

The test is the latest sign of how North Korea has continued to expand its weapons capabilities since talks with the US to dismantle its nuclear and ballistic missile programmes stalled in 2019. United Nations sanctions ban it from using ballistic missile technology, although not cruise missiles, which fly at a lower altitude over shorter distances.

Rodong Sinmun, the ruling Workers’ Party’s official newspaper, ran photos of the new long-range cruise missile in the air and being fired from a transporter-erector-launcher.

The missile is a strategic weapon that has been developed over the past two years and a key element of a five-year plan outlined in January to advance defence science and arsenals, KCNA said.

Describing the test as “provocative”, Leif-Eric Easley, associate professor of international studies at Ewha Womans University in Seoul, said the implication was that Pyongyang planned to miniaturise nuclear warheads to fit on the missiles.

“If that is the case, then the test is deserving of an international effort to strengthen sanctions,” Easley said.

The test announcement comes just a day before chief nuclear negotiators from the US, South Korea and Japan meet in Tokyo to explore ways to break the deadlock with North Korea.

“That meeting was to focus on creative ways of diplomatically engaging Pyongyang,” Easley noted in emailed comments. “But now a trilateral statement is needed that mentions sanctions and defense cooperation while calling on North Korea to practice military restraint, resume dialogue, and accept humanitarian assistance for alleviating the suffering of its people.

North Korean leader Kim did not appear to have attended the test, with KCNA saying Pak Jong Chon, a member of the Workers’ Party’s powerful politburo and a secretary of its central committee, oversaw it.

Biden’s administration has said it is open to using diplomatic channels to achieve North Korea’s denuclearisation but has shown no willingness to ease sanctions.

China’s Foreign Minister, Wang Yi, is also scheduled to visit Seoul on Tuesday for talks with his counterpart, Chung Eui-yong.