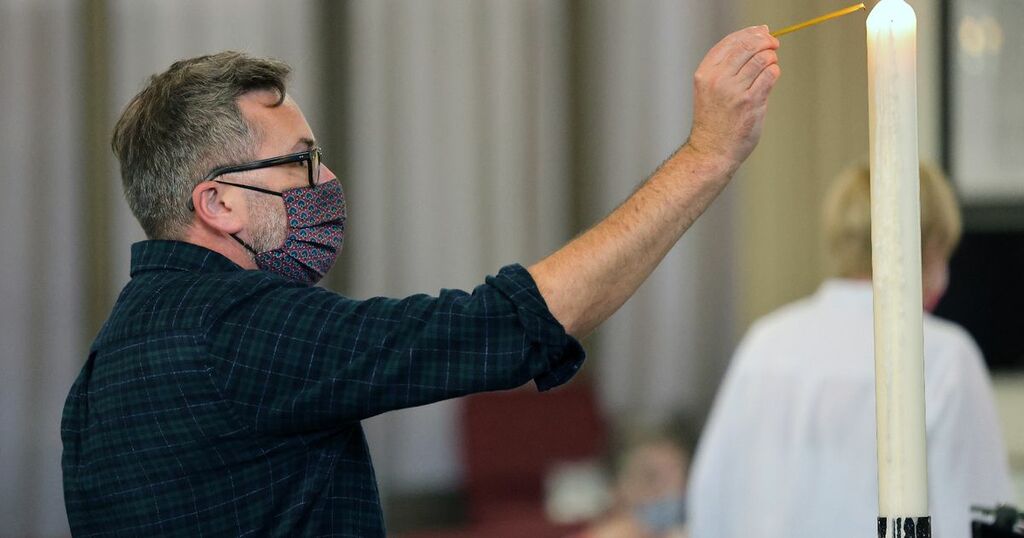 The North East has honoured those killed in the 9/11 terror attacks in a series of memorial events to mark the 20th anniversary.

Two decades after the atrocity, people stopped to remember the victims at vigils across the region on Saturday.

A service of remembrance was held at St Nicholas Church in Durham Market Place at 2pm.

The service was open to all and featured reflections, prayers and an opportunity for people to light candles to honour the memory of those who lost their lives.

The Vicar of St Nics, the Rev Arun Arora, said: "Many people remember exactly where they were 20 years ago when they first heard or saw the events of 9/11.

"The events of that day are seared into the memories of all of us.

"This will be an opportunity for people of all faiths and none to come together to reflect on the events of that day and to stand in solidarity with all of those for whom the tragedy continues to echo in loss and mourning."

Meanwhile, Durham County Council flew the flag at half mast at three of its sites - County Hall in Durham, Crook Civic Centre and Green Lane, Spennymoor.

And firefighters in the region held a minute's silence.

Tyne and Wear Fire and Rescue Service said: "Today is the 20th anniversary of the 9/11 Attacks. We marked the anniversary by observing a 2 minute silence across all 17 sites at 13:46.

"This was to remember the 3,000 people - including 346 firefighters - who lost their lives during these devastating terror attacks."

There were 2,977 people who were murdered on 9/11 from over 90 nations including 67 from Briton when Islamic extremists hijacked aeroplanes and flew them into buildings.

In a video recording, Prime Minister Boris Johnson said that despite the bloodshed, the terrorists had failed in their mission to instil "permanent fear" across the world.

A memorial in London was organised by Since 9/11, a UK education charity set up with the aim of ensuring the legacy of that day is one that builds hope from tragedy.

In respectful silence, the mourners heard speakers talk of the perished happiness of those who were killed and their loved ones, the survivors and those who remember the shocking act of mass murder.

They heard of how the brutal intolerance which led to that day of mass murder still has to be fought against, not just potentially in Afghanistan, which once again has the Taliban in power, but also in British classrooms where education can play a vital role teaching about freedom, equality and democracy.

Caryn McClelland, deputy chief of mission at the US Embassy in London, said the memories of those who were killed will "never fade" as they are being recalled in "strength, love, bravery and hope".

In thanking Britain for its ongoing support, including the poignant symbol of playing the US national anthem outside Windsor Castle on the orders of the Queen on Saturday, Ms McClelland said: "I am humbled to speak on behalf of the United States today to honour the true and enduring friendship you have always show us, not only in the best of times but in the very worst as well."