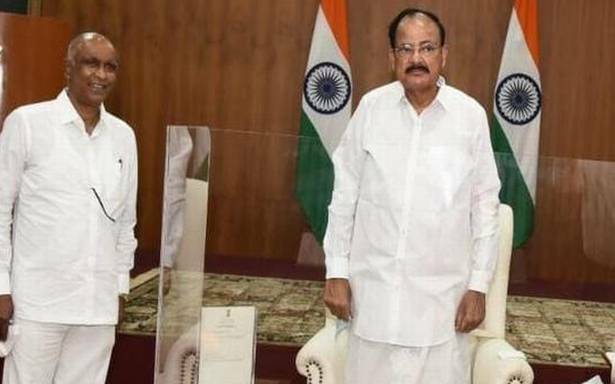 Along with party senior leaders, he met the Vice-President in New Delhi and submitted a report explaining the backwardness of Vizianagaram and Srikakulam districts.

Releasing a press note here, Mr. Sanyasi Raju said that Mr. Venkaiah Naidu was instrumental in establishing many industries and educational institutions in Andhra Pradesh as a Minister, and hoped that his word would be considered seriously by the Union Ministers and senior officials of the government.

“As per the reports of Niti Aayog, Vizianagaram and Srikakulam are among the most backward districts in the country. Their speedy development is possible only when the Central government announces an exclusive package,” said Mr. Sanyasi Raju.