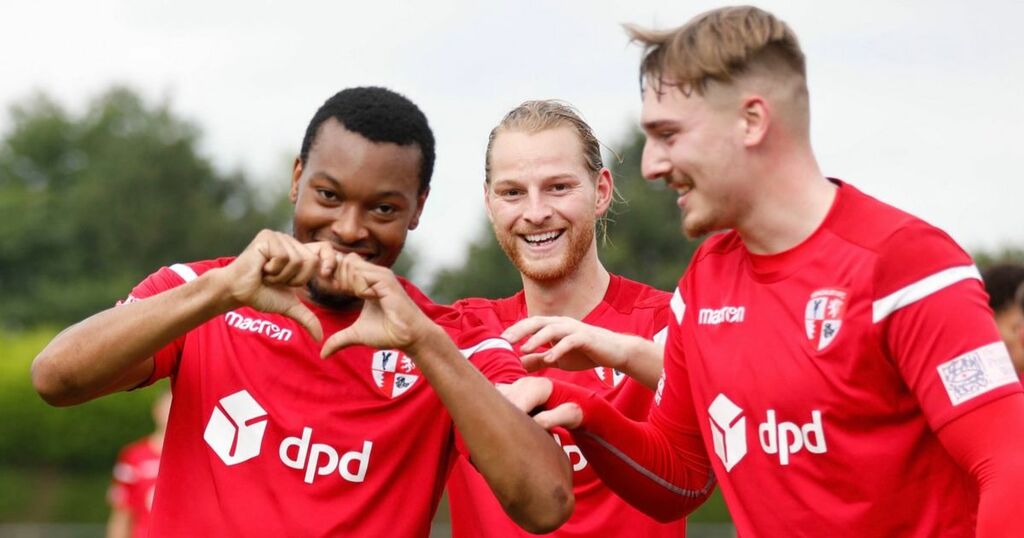 The scarcely-believable scoreline was achieved as the two teams met in an FA Vase first round qualifier. It took place at Park Hall Stadium, the home of St Martins, who play in the North West Counties Football League Division One South (also tenth tier).

At one point it was hard to keep up with the goals that were regularly going in, but Joel Heely and Kai Gibbs finished with four strikes apiece at the full-time whistle.

Debutant Charlie Evans also pitched in with a hat-trick.

Despite the manner of their win, Hinckley showed their class after the game.

They posted a touching message to their beleaguered opponents after the full-time whistle on their Twitter page.

It said: "Our very best wishes to everyone at @St_MartinsFC for the rest of the season and beyond - a great group of people and we sincerely hope things start looking up in the near future."

Hinckley's eye-raising victory not only sees them win plenty of plaudits and headlines but also a welcome boost to the club coffers.

They will bank £550 thanks to their FA Vase win.

If they can replicate their form in the second round of qualifying, another £725 could be theirs.