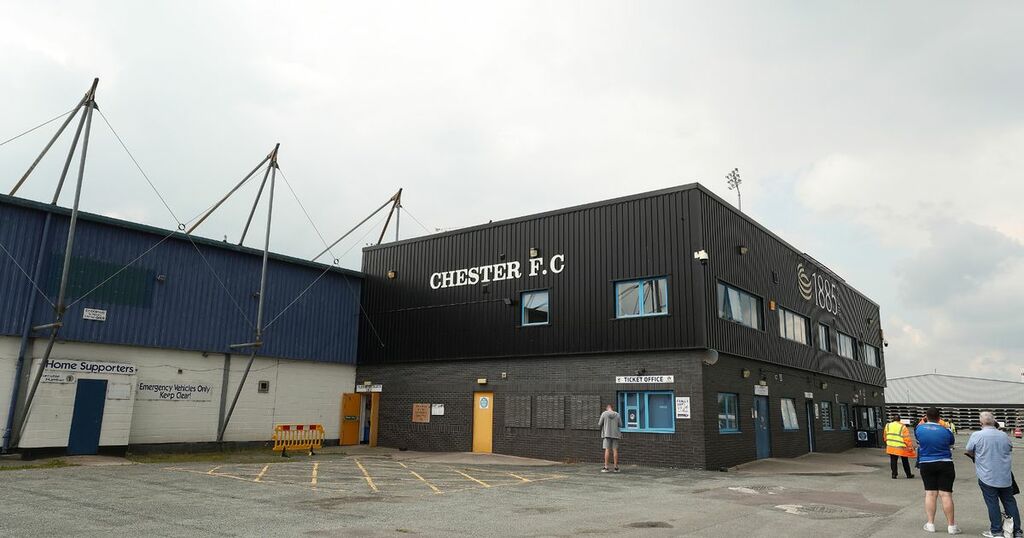 A non-league club have said they fear for their future after being warned about potential Covid breaches.

The two National League North matches saw more than 2,000 people turn up at each game. Sporting events in Wales must be played behind closed doors after rules came into force on Boxing Day, to tackle the rise in Covid cases fuelled by the Omicron variant.

England has no such restrictions but, bizarrely, the Deva Stadium straddles the border line between England and Wales.

What do you make to this turn of events? Let us know in the comments section

It's front entrance and main offices are situated in England, whilst the pitch is technically in Wales.

"As the enforcing authorities Flintshire County Council and North Wales Police are dealing with the matter."

But the club have refuted the claim.

Andy Morris, chairman of the club, told the BBC : "We had a meeting on Friday morning with Cheshire police, Flintshire police and both local authorities.

"I get a feeling that nobody really knows what to do with the situation. It's a bit of a political football, with some of the wider Covid restrictions.

"The entrance to the stadium site is in England. The stadium is registered in England. It's actually owned by Cheshire West and Cheshire Council, so it's all very, very complicated at the moment.

"I'm not really sure as to why it's become an issue. It hasn't been for the last two years whilst we wrestled through Covid. We haven't had access to any Welsh government support, Welsh funding, anything like that."

He added: "There is no financial support for English clubs playing behind closed doors at the moment.

"It could be the end of the club."

The games in question saw 2,075 fans turn up on December 28 to face AFC Fylde and 2,116 in attendance on January 2 for the visit of Telford.

Chester's next home game is scheduled for Saturday, January 15 against Brackley.

The club released a statement on Friday, saying that "all parties would seek further legal advice given the complex issues and future implications of any outcome."

Outlining the restrictions shortly before Christmas, First Minister Mark Drakeford said: "We are facing a very serious situation in Wales. A wave of infections caused by the new, fast-moving and very infectious Omicron variant is headed our way.

"This new form of coronavirus could infect large numbers of people in Wales, disrupting daily lives and businesses and could cause an increase in the number of people who need hospital care in the coming weeks.

"We will do everything we can to protect people's health and livelihoods in Wales - this means taking early action to try and control its spread.

"We are concerned not with how people behave when they are at the ground but all the traditional pinch points. How they travel and come and go to them and act in hospitality around them. There are risks there that we do not need to run."