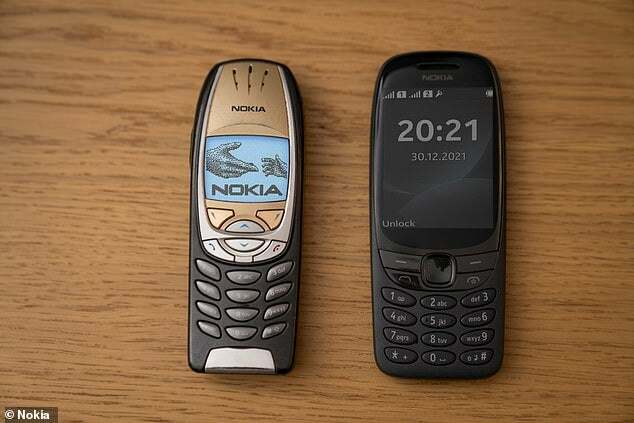 If you’ve been feeling nostalgic for the days of playing Snake on your seemingly indestructible brick of a phone, Nokia has good news. The company has announced a re-release of its iconic 6310 ‘brick’ cellphone to celebrate 20 years since its initial launch in the UK.

The Nokia 6310 made its debut in 2001 and has remained infamous and beloved for its long-lasting battery life and durable frame. The mobile phone was updated in 2002 as the 6310i and discontinued in 2005. The 20th anniversary version is made the same way as its predecessor, with only a few minor adjustments.

HMD Global, the Finnish mobile phone manufacturer behind the Nokia brand, says that the new device will look just like the original and promises the same durability, wireless FM radio, and 21-day battery life. The upgrades, which HMD Global promises are for “today’s connected user”, include a larger full-color 2.8 inch 320x240 pixel display for maximum readability and accessibility. The device also comes with its classic rear camera. Though the promotional photos show the phone in four different colors, only two are currently for sale: black and yellow.

For added nostalgia, the phone comes with a copy of the mobile game Snake, a favorite among early cell phone users in which players move a “snake” around a bordered plane. The company debuted the first ever iteration of the game in 1997, having been preloaded into the Nokia 6110.

The new Nokia 6310 can be purchased now on the official Nokia website for the reasonable price of £59.99. The original, including the 6310i, can be found on eBay for anywhere from around $20-200.

David Amess: Calls for Tory MP’s dog to be crowned Westminster Dog of the Year