No unions, big problem: Why Biden might leave Tesla behind 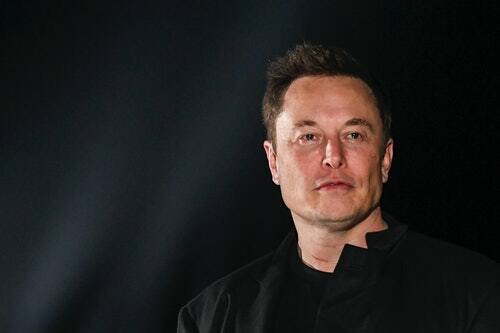 Last week, Musk Reads+ subscribers discovered how Inspiration4 will go somewhere only Hubble astronauts have gone before. This week, subscribers will learn more about how (and why) the flight’s accompanying Netflix docuseries was made.

A version of this article appeared in the “Musk Reads” newsletter. Sign up for free here.

Musk quote of the week

“Am I a yoke to you? 😢” — Elon Musk tweeted September 9, referencing the Model S Plaid’s controversial u-shaped wheel. Poor guy.

After a successful Falcon 9 static firing, the Inspiration4 crew is set to blast off this Wednesday, September 5, in the five hours after their launch window opens at 8:02 p.m. EDT.

The impressive civilian crew isn’t the only noteworthy aspect of Inspiration4, though. The flight will orbit for three days, longer than those sort of civilian Branson and Bezos flights, and float higher than the ISS at an altitude of 335 miles instead of 254.

In other SpaceX news…

Tesla: Left out of the Biden administration

In an effort to boost American car manufacturing and union jobs, U.S. Democrats have proposed an expanded tax credit for electric vehicle manufacturers. According to a Reuters report, the proposal will include a tax credit for “up to $12,500 per vehicle for U.S.-made union-made zero-emission models” and “a $7,500 incentive for most other electric cars.”

Despite being a leading EV manufacturer in the U.S., Tesla does not support union workers and, as a result, was left out of a White House EV event this August and will not be able to claim the proposed $12,500 tax credit. Musk is frustrated by this, but unions are good, BTW.

Meanwhile, FSD Beta 10 is on the road (thank you, Tesla workers!), and drivers seem to be enjoying it and the way it creeps. Germany is enjoying the Model S Plaid.

We wanted to give a heartfelt thank you to all of our readers! Let’s welcome some of our newest Musk Reads subscribers:

In other Musk-related news…

A ranked list of everything Musk-related and online, handpicked weekly with bionic precision.

10. Dmitry Rogozin, Russia’s space chief, loves Elon Musk so much, he says he has already set “the teakettle on heat” in anticipation of a visit. “Thanks!” Musk responded on Twitter, “What is your favorite tea?” I like slippery elm.

9. In a leaked email, Elon Musk requested that Tesla employees “go super hardcore.” You’re not hardcore (unless you live hardcore).

8. After iRobot announced its Roomba would use A.I. to avoid pet poop, I saw more than one headline make a poop pun. And now you can too.

7. We know as much about Starlink rollout as you do; head on over to Reddit for a constantly updating, user-operated thread listing the latest availability. Post here.

6. Canadian company dcbel is creating a product that combines “EV supercharging, blackout power, and solar charging.” Connection to the grid is necessary, though. Sorry, off-grid.

1. And a piece of Musk history: On April 10, 2012, Evening Standard posted a profile of actress and Musk’s twice ex-wife Talulah Riley titled “How to Marry a Billionaire.” Hey, you never know when you might need it. She used to dress him … great!

This has been Musk Reads #264, the weekly rundown of essential reading about futurist and entrepreneur Elon Musk. I’m Ashley Bardhan, assistant to Musk Reads.

Why subscribe to Musk Reads+? You’ll be supporting in-depth, high-quality journalism about the world’s most ambitious change-maker, Elon Musk. Tesla investors, SpaceX critics, and anyone with an interest will find something they love in our offerings. Independent journalism is essential now more than ever, and your contributions will help us continue in our mission to deliver interviews and analysis you won’t find anywhere else.

Musk Reads+ is a fully independent operation. We are not Elon Musk, nor are we employed by him. Our job is to report the events we find newsworthy, giving you an inside look at the worlds of space rockets, electric cars, clean energy, and more. It means firsthand accounts of a SpaceX rocket launch, Tesla insights from third-party analysts, and more.

If you want to support us in our mission, and receive exclusive interviews and analysis, consider contributing with a subscription.