Whether the severity of an auctioneer's head injuries from an assault was the cause of his death is in dispute between two forensic pathologists as they give evidence in a murder trial.

Two of the accused, 17 at the time of the death, have denied murdering Canberra man Peter Keeley after his body was found - with tape around his feet, hands and face - in Broulee on the NSW South Coast in February 2020.

On Monday in the NSW Supreme Court in Sydney, they pleaded guilty to jointly kidnapping Mr Keeley to assault him and thereby causing actual bodily harm.

The court has heard Mr Keeley, 56, and one of the accused exchanged messages on dating app Grindr on February 1 before he died the next day.

He was said to have met the trio about 3.30pm that day.

They left about one hour later before his body was found about 4.45pm.

The prosecution case is that the aggravated kidnapping was the foundational offence on which the murder was committed.

Giving evidence on Tuesday was the autopsy report author Dr Bernard I'Ons, who concluded that the cause of death was craniofacial trauma with obstruction of Mr Keeley's airway.

He said Mr Keeley had sustained "injuries all over the face and head" and neck, including skin abrasions, bleeding, deep muscle bruisings and a broken nose.

There was also the appearance of a "pattern injury", which Dr I'Ons said looked like an exclamation mark, indicating an instrument may have been used.

He said it led to "significant injury to the brain", causing it to rotate on a fixed point.

"One of the dangers we face is looking for the silver-bullet cause of death," Dr I'Ons said.

"That is, the one major injury that leads to death.

"Yes, we do see those injuries as causes of death...but what we have here is multiple head injuries from different sides, which we know can lead to death."

Medical Professor Johan Duflou, giving evidence concurrently with Dr I'Ons, agreed that there had been multifocal blunt force trauma to the head.

However, he disagreed that the injuries caused Mr Keeley's death or were life threatening.

He said obstruction to the airway was not present and there was no indication of massive bleeding.

"It is most uncommon for a person to die of a head injury without damage to the brain, or without bleeding or without obstruction to the airway," he said.

Professor Duflou said death resulting from damage to the skull needed to be a "massive fracture" because "a simple fracture on its own should not be life threatening".

"Damage to the brain itself should be very visible and very obvious on the naked eye examination of the brain," he said.

The court also heard about injuries to Mr Keeley's other body parts, including to his left forearm, which the medical experts agreed that he may have been putting his arm up to shield himself.

In his opening statement on Monday, defence lawyer Clive Steirn SC said the court should reject the findings in Dr I'Ons' autopsy report as the facts relied on "are flawed".

Mr Steirn said the findings by Professor Duflou found the cause of death "could reasonably be the result of methamphetamine toxicity".

"We say Professor Duflou is an eminent forensic pathologist with experience within the discipline of some 38 years," he said.

"That eminence and experience would not be challenged by the Crown."

On Tuesday, Wollongong-based Detective Senior Sergeant Greg Moon also gave evidence about his investigation of the case, including fingerprints of one of the accused on the tape.

On day one of the trial, a recorded police interview with one of the accused, now 20, was played in which he told investigators the trio planned to only "intimidate" Mr Keeley "because we were all under the impression he was a paedophile".

The third co-accused, also 17 at the time, will face a separate murder trial at a later date. 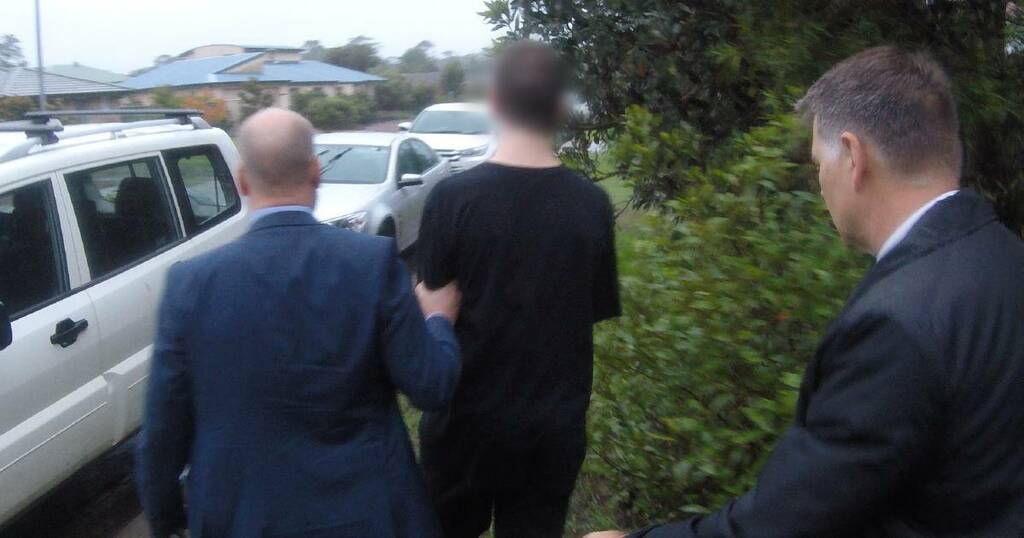 Trial of accused murderers focuses on drug overdose as cause of death
Two forensic pathology experts have mostly disagreed about whether drugs in an alleged murder victim caused his death.