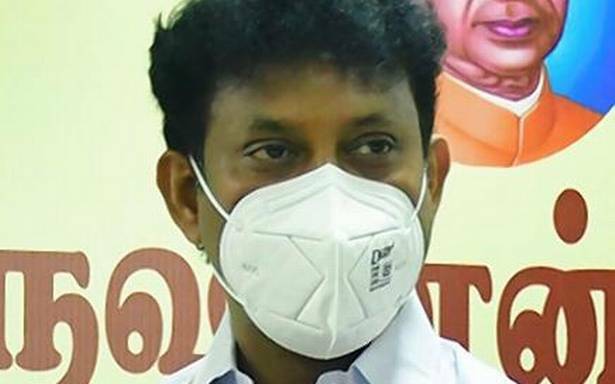 School Education Minister Anbil Mahesh Poyyamozhi said on Tuesday that there would be no quarterly or half-yearly examinations for the State board students of Classes X-XII this academic year.

“We are exploring the possibility of having a combined mock exam, before the board examination, in December instead of the half-yearly and quarterly examinations,” he said, speaking on the sidelines of a review meeting held here with the Chief and District Educational Officers. Schools reopened for students of Classes IX-XII on September 1.

Mr. Mahesh Poyyamozhi said the board examination would be held in March as usual.

The School Education Department is gearing up for the reopening of schools for Classes I-VIII. Primary and middle school students have not attended in-person classes since March 2020. “At the meeting today, the safety measures that should be implemented on the campuses were discussed in detail. There will be surprise inspections by teams, once the schools reopen, to check whether all safety protocols are being followed,” he said.

Mass cleaning programmes were being carried out in government and aided schools. The Minister said the department was discussing the implementation of other protocols based on the feedback received after the schools reopened for senior classes a month ago. “We are also asking the schools to address infrastructure damage, if any, or clean the campuses because of the rain.”