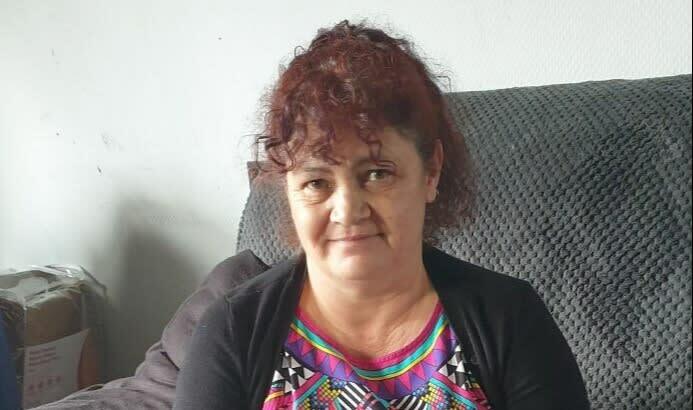 A major home care support provider has ditched a district health board contract, alleging there’s not enough in it to make a profit. The decision has left dozens of workers facing either a cut in wages or a cut in hours, Rebecca Macfie reports.

Come November 16, Camella Ross will mark 20 years of continuous service with her employer, Healthcare New Zealand. Over those two decades she has provided care for elderly, disabled and severely unwell people in their own homes – showering and dressing them in the mornings, administering medication, tending to post-operative wounds, preparing meals, cleaning, helping them back into bed at night.

She can’t remember the last time she had a Christmas day off, and - like most home support workers – she has worked continuously through the Covid-19 pandemic.

The reward for her two decades of service will be Hobson’s Choice. Thanks to the vagaries of health sector contracting and a fissure in employment law, she faces either a pay cut of $2 an hour, or a massive drop in her guaranteed hours of work.

Ross, and dozens of her colleagues, are collateral damage in a broiling dispute over the level of funding provided to contractors like Healthcare NZ, which are paid by district health boards, the Ministry of Health and ACC to deliver in-home care and support to people with high health needs.

Healthcare NZ – part of the New Zealand Health Group, which includes home support contractor Geneva – says providers have never been fully compensated by government for the 2017 pay equity settlement for care workers. Under that deal, negotiated between the then-National government and trade unions, $2 billion was set aside to meet the cost of the wage rises for workers who had been historically underpaid on account of their gender.

But Healthcare NZ chief executive Jo Gagan says ‘on-costs’ associated with the settlement, such as annual and bereavement leave liabilities and ACC fees, have fallen on providers. As a result, some contracts are loss-making.

One such contract is with the South Canterbury District Health Board, which funds the arrangement under which Camella Ross cares for most of her clients. Gagan told Newsroom the contract was losing $200,000 a year.

Healthcare NZ attempted to negotiate a higher rate from the Timaru-based DHB, and when that was unsuccessful it decided to ditch the contract from November 16. In a letter giving notice to the DHB, Gagan said the level of funding was “grossly inadequate”.

This has left Ross and her colleagues in an invidious position. The needs of the elderly and dependent people they care for haven’t gone away; their jobs have not become redundant. But because the Healthcare NZ contract will now be parcelled up and handed over to three other home support contractors in the district, the workers’ accrued entitlements will be wiped out. In Ross’ case, the years of experience that puts her on a pay rate of $27 an hour will count for nothing if she transfers over to one of the other contractors, and her wage will drop down to $25 an hour. Some of her co-workers stand to loose large amounts of accumulated sick leave.

On the other hand, if she decides not to transfer over to one of the other providers she will lose the bulk of her work, and will drop from her current 65.5 hours of guaranteed work a fortnight to just 15 hours.

“It’s a kick in the guts, really,” says Ross, who is raising her grandson and has a mortgage to pay.

Last week the Public Service Association filed a claim in the Employment Relations Authority in Ross’ name and on behalf of 38 other Healthcare NZ workers seeking to force the South Canterbury DHB and the three other home support contractors to take on the workers with their wage rates and entitlements intact.

The union is arguing the workers are covered by Part 6A of the Employment Relations Act, which protects vulnerable workers (for instance, cleaners, caterers and orderlies employed in the health system) from losing wages and conditions when their work is contracted to another provider.

The union also claims the workers are protected under a separate section of the Act stipulating that where a DHB outsources work to another provider, affected workers are entitled to be employed on the same terms and conditions as with the previous employer.

But the providers that will be taking over the Healthcare NZ contract – Access Community Health, Presbyterian Support Services and Forward Care Home Health – have rejected the union’s arguments. The black letter of the law may be on their side, given that Part 6A applies to specific categories of workers identified in a schedule to the Act, and that list does not currently include home care support workers. Indeed, the PSA and E tū Union (which also represents home care workers) have written to workplace relations minister Michael Wood requesting that he amend the schedule to include home and community support workers.

Perversely, one of strongest defenders of the rights of Ross and her co-workers to have their terms and conditions protected is Healthcare NZ’s Jo Gagan. She argues Part 6A should apply. “These people are transitioning, and it’s an ongoing service...While technically or legally [the other providers] are not absolutely required to do that, morally in terms of what is best for clients and staff, that’s what should occur.”

She says Healthcare NZ has “made a stand” by withdrawing from the South Canterbury DHB contract, and that the rupture is part of a much wider issue of inadequate funding for home care support. “Any organisation has to make a profit. Home care providers want to innovate and improve things for the clients and the workforce, and we can't if we are losing money on a contract.”

She says 75 percent of the people her company cares for at home have multiple health conditions. “They are very unwell, but they are living at home, and it’s cheaper for the health system for them to live at home.”

Funding ranges from $34 to $41 an hour, from which wages, administration, training, health and safety, and IT systems have to be funded. “You pay $60 to a mechanic to look after your car,” Gagan says.

She argues home care support workers should be paid penal rates for weekends and call-outs, and thinks the sector will benefit from the proposed Fair Pay Agreement regime, which will create a framework for sector-wide pay agreements.

“We really feel that a tripartite approach between providers, the unions and the Ministry of Health to come up with a standardised set of terms and conditions for the workforce just makes so much sense … What we want is to have really good terms and conditions so we can attract people into the workforce, because we can see increasing demand on the horizon through an aging population and more and more services being delivered in the community. Overseas you’re seeing virtual wards and amazing set-ups in the home. That's the future for the home and community sector. It's exciting and we can offer a fantastic career, but the sad reality is for many, many years it’s been very poorly paid."

Not to mention beleaguered by industrial and legal strife over workers’ guaranteed hours and payment for travel time, and basic health and safety protections .

In the meantime, Camella Ross is weighing up her future options. After 20 years doing a job she “absolutely loves” – including daily care for some clients for up to 10 years – the prospect of a pay cut or a massive reduction in hours is an insult. She says she will try and get to the end of the year, and then she’s going to think about leaving the service and retraining in another field – depriving the sector of a skilled worker at a time of growing demand and acute workforce shortages.