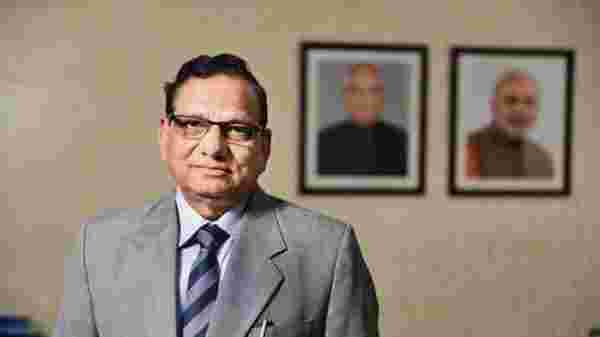 India currently has no plans to give booster doses as some nations have begun doing, NITI Aayog member V K Paul said as the country nears the milestone of one billion vaccine injections.

V K Paul said there is no clear guidance on whether a third dose is necessary, including from the World Health Organization (WHO).

As of 7 pm today, India’s Covid-19 vaccination coverage exceeded 96.78 crore, with more than 32 lakh vaccine doses administered in the day.

"With the country's vaccine makers ramping up production and domestic needs diminishing, India should be able to resume being a major exporter of jabs from next year," he added.

More than 15 countries worldwide have begun issuing third doses of coronavirus vaccines to older citizens, including in Israel and in European Union nations such as France, Italy and Germany.

"As of now we do not have a recommendation for a booster bump-up dose," Paul told reporters, adding however that the government would "continue to watch this space very carefully".

His comments came with the number of vaccine doses administered in India set to hit one billion in the coming days, with some 75% of those eligible receiving one shot and around 30% double vaccinated.

India is the world's largest vaccine producer but the country halted exports of Covid jabs earlier this year to focus on its domestic needs after a devastating infections surge overwhelmed hospitals.

But with vaccination rates now high and coronavirus cases down sharply, exports have resumed in recent days, with a total of around four million doses reportedly being sent to Nepal, Bangladesh, Myanmar and Iran.

Production of Covishield -- the Indian-made version of the AstraZeneca vaccine -- and the homegrown Covaxin is currently around 250 million shots per month and is on course to reach 270 million soon, according to officials.

Combined with the production of other vaccines made in India -- including Johnson & Johnson with local partner Biological E -- coming on line, the country could begin exporting again on a large scale next year.

"Huge, huge availability can be visualised potentially," Paul said, allowing India -- a vital supplier to other low-income countries -- to be "potentially very generous" again in 2022.