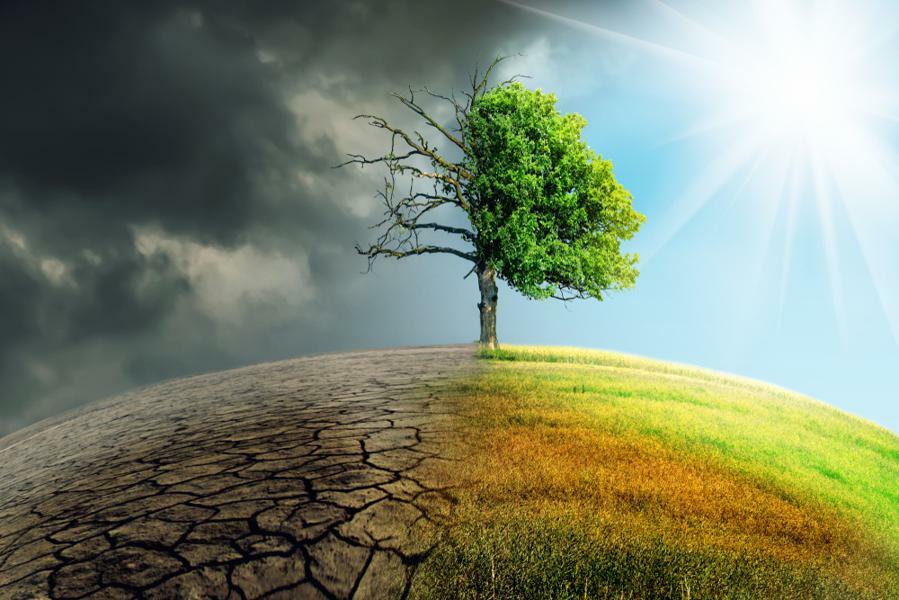 On October 31, 2021, the 26th United Nations Climate Change Conference (COP26) will kick off in Glasgow, Scotland. Once more, the parties will try to accelerate action towards the goals of the Paris Agreement and the UN Framework Convention on Climate Change. So, we must ask the perennial question: what could move the world from talk to tangible action?

A Model That Worked

Our current 1.1° C of climate change is already tragic and costly. An annual litany of climate disasters – heatwaves, droughts, wildfires, tropical storms and floods – is the new normal, says the latest report from the Intergovernmental Panel on Climate Change (IPCC). Although the IPCC claims we still have time to halt climate change to 1.5° C, current policies have us on route for 2.9° C of warming according to the Climate Action Tracker. People are growing anxious, and no wonder: “Nearly 1 in 3 Americans experienced a weather disaster this summer,” reports The Washington Post.

As climate change gets closer to home, the effectiveness of the international cooperation to battle it is being questioned. Yet, there is reason to be optimistic. Recall that in July of this year, 130 countries came together to end a different systemic abuse that jeopardized the prosperity of future generations. They agreed to set a minimum corporate tax of 15%. No longer can multinational corporations so easily use tax havens and loopholes to evade their social responsibilities. They will now contribute their fair share to infrastructure, education and other common goods.

If 130 governments set aside their differences for $150 billion (USD) per year in collective tax revenue, surely they can close the carbon havens and loopholes that may obliterate $23 trillion in annual economic value by 2050. Once again, they’ll need to move in concert and pull financial levers.

No Cost for Procrastination

If today’s emissions levels persist, we’ll use up the 1.5° C carbon budget within 10 years. Although cleantech innovation is attracting record levels of funding, a decade is not much time to execute an energy transition. The market is in no rush to deal with climate change because procrastination seems financially rewarding.

In most countries, there is no penalty for continuing to invest in fossil fuels or burning them. Quite the opposite. BloombergNEF estimates that G-20 governments subsidized fossil fuels to the tune of $3.3 trillion between 2015 and 2019. In the U.S., intangible and tangible drilling costs (IDCs and TDCs) are still 100% tax deductible for investors. In China, coal consumption more than tripled between 2000 and 2020, abetted by government subsidies.

Unsurprisingly, the Business & Human Rights Resource Centre finds that 60 of the world’s major banks have invested $3.8 trillion into fossil fuels since the Paris Agreement was signed in 2016. These same institutions make grandiose claims about their Environmental, Social and Governance (ESG) initiatives.

At this point, the $35 trillion ESG market has little to do with the energy transition. InfluenceMap, an independent think tank, found that 72 out of the 133 climate-themed equity funds it studied (55%) were misaligned with the Paris Agreement. At best, ESG is a euphemism for parking capital in Amazon , Apple , Facebook, Google and Microsoft . More often, it is Wall Street’s way of “…craftily greenwashing the economic system and delaying overdue systemic solutions,” writes BlackRock dissident Tariq Fancy.

If we are serious about maintaining a habitable climate, then divestment from coal, oil and gas and the end to fossil fuel subsidies are insufficient. There can be no havens or loopholes for capital that accelerates climate change or postpones the energy transition. At COP26, we need to set more transparent targets that are immune to meaningless offsets, carbon accounting tricks, greenwashing and greed.

Here is what I propose:

All that requires an international agreement with fossil fuel quotas. Otherwise, governments will continue to fear that if they cut fossil fuel usage while others don’t, economic competitors will gain an unfair edge.

Several well-known energy companies, including Shell and Total, have tied executive compensation to emissions reductions. It works if the emissions bonuses are more financially rewarding than stock options that grow in value with increased fossil fuel sales.

Worldwide, 20% of c-level compensation in every organization, but particularly in the financial industry and in government, should be tied to carbon emissions targets. All business leaders and elected officials should be included. The targets should be based on the fossil fuel quotas described above and on the impact outlook of ESG investing. As for how the latter could work…

3.    Minimum Taxes and Rebates for Investors

I propose tax minimums that deter investors from exploiting carbon havens while rewarding cleantech investments that could accelerate the path to net zero. Higher costs of capital in the fossil fuel industry would ripple into carbon-intensive industries, reinforcing the quotas and compensation proposals discussed above. By targeting monied investors rather than regulating everyday consumption, these policies also avoid a showdown reminiscent of the debates around COVID-19 masking and lockdowns.

The framework of global minimum taxes and rebates for investors can be rather simple:

●     A global minimum tax rate of 1% for investors in Big Tech, the divestment community’s favorite haven. This tax rate also increases by 1% each year, reaching 10% by 2031.

●     A neutral tax on low-risk clean investments, like solar, wind and hydropower.

●     A 2% minimum rebate or complementary subsidy for investments in carbon reduction technologies and projects (e.g., carbon capture and regenerative agriculture) as well as systems for climate adaptation (e.g., wildfire detection and flood prevention technology). These increase by 1% annually over the next 10 years

●     A 4% minimum rebate or complementary subsidy for investments in platform technologies for the energy transition such as fusion energy, hydrogen, and other clean, scalable, baseload power solutions. These rebates increase by 2% annually for the next decade.

From Talk to Tangible Action

The accelerated impact of climate change begs for accelerated action. If 130 countries could agree to a global minimum corporate tax, I believe they can negotiate fossil fuel quotas, corporate governance rules and minimum investment taxes that close carbon havens and drive capital to the energy transition. If this summer is any indication, we cannot afford 2°, 3° or 4° of warming. We need bigger sticks and sweeter carrots with clear accountability, and we need them now.

The task before our leaders at COP26 is to rally the world behind a plan that can achieve net zero by 2050. Wish them wisdom and strength.