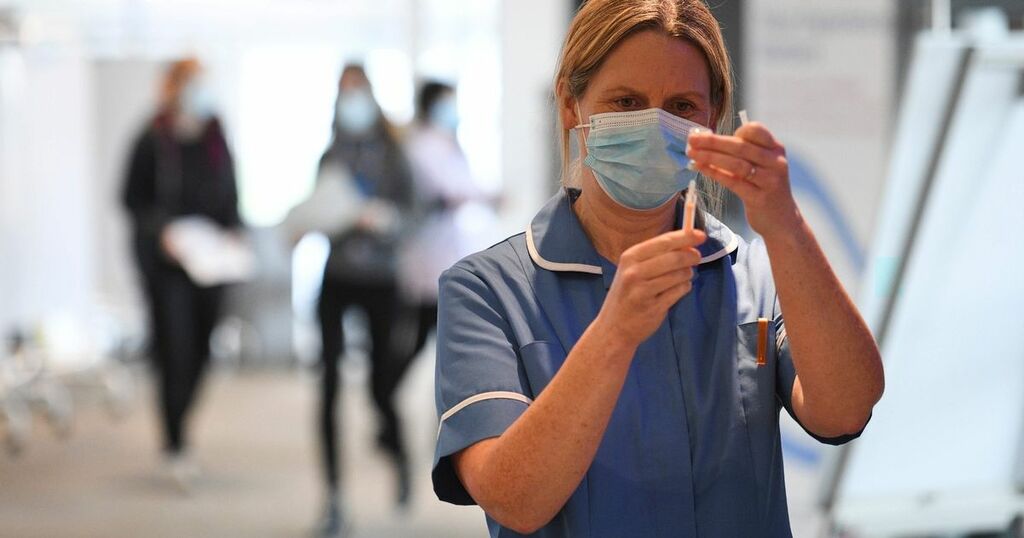 Analysts are examining whether vaccine protection is starting to wane in the UK - but have so far found "no major breakdown", a top scientist said today.

It remains unclear how long vaccines are effective for, with the government poised to announce a booster programme starting later this month for the most vulnerable.

Earlier this year Pfizer said its jab's effectiveness against symptomatic illness drops to around 84 per cent after six months.

According to the Zoe Covid study, the effectiveness of the Oxford/AstraZeneca vaccine drops to 67 per cent after four to five months - but more work is needed to confirm if this is correct.

Today Professor Sir Andrew Pollard, director of the Oxford vaccine group, questioned whether booster doses will need to be rolled out while much of the rest of the world remains unvaccinated.

And fellow Oxford scientist Professor Dame Sarah Gilbert said booster jabs may not be needed by everyone.

Sir Andrew said experts were closely examining data to see if people were being hospitalised despite receiving two jabs - but said there is no indication that protection is wearing off.

It is a complex topic, with immunity being based on a number of factors, including antibodies, as well as T and B cell memory.

Research suggest that this could last for several years, but more work is needed to be able to give a definitive answer.

It comes as the Joint Committee on Vaccination and Immunisation (JCVI) prepares its advice on whether to administer booster jabs to Brits.

Sir Andrew told told BBC Radio 4's Today programme this morning: "What I think is really important, and as JCVI will be, is looking at the data on whether boosters might be needed - so in other words, looking at who is ending up in hospital, who are the people who are losing immunity at the moment.

"And as far as I'm aware, up to this point, we've not seen any major breakdown in protection that we have in our population."

He said immune responses "do start to fall" over time "and of course that is happening at the moment".

He said that "in the vast majority of the population, we still are enjoying very high levels of protection despite that declining immunity" and added it was important to separate the two things.

Sir Andrew said that focus should be on delivering crucial vaccines to other countries using the UN's Covax programme.

He said: "At this moment, there is a fire raging all around the world, with huge pressure on health systems in many, many countries, and at the G7 meeting in early June, there were very substantial pledges of money and vaccines.

"Now a lot of that money has flowed, so Covax is now in a very good position to start by buying the fire hoses for that fire.

"But what we really need is to turn the tap on and get the water to those countries, and we need that to happen today.

Dame Sarah told The Daily Telegraph that the elderly and people with weakened immune systems should be in line for a third jab, but said: "I don't think we need to boost everybody."

She added: "As the virus spreads between people, it mutates and adapts and evolves, like the Delta variant.

"With these outbreaks, we want to stop that as quickly as possible.

"We will look at each situation; the immunocompromised and elderly will receive boosters.

"But I don't think we need to boost everybody. Immunity is lasting well in the majority of people."

Pfizer chief executive Albert Bourla told CNBC : “We have seen also data from Israel that there is a waning of immunity and that starts impacting what used to be what was 100% against hospitalization. Now, after the six month period, is becoming low 90s and mid-to-high 80s.

“The good news is that we are very, very confident that a third dose, a booster, will take up the immune response to levels that will be enough to protect against the delta variant."

He said it is not unusual for vaccines to become less effective over time.